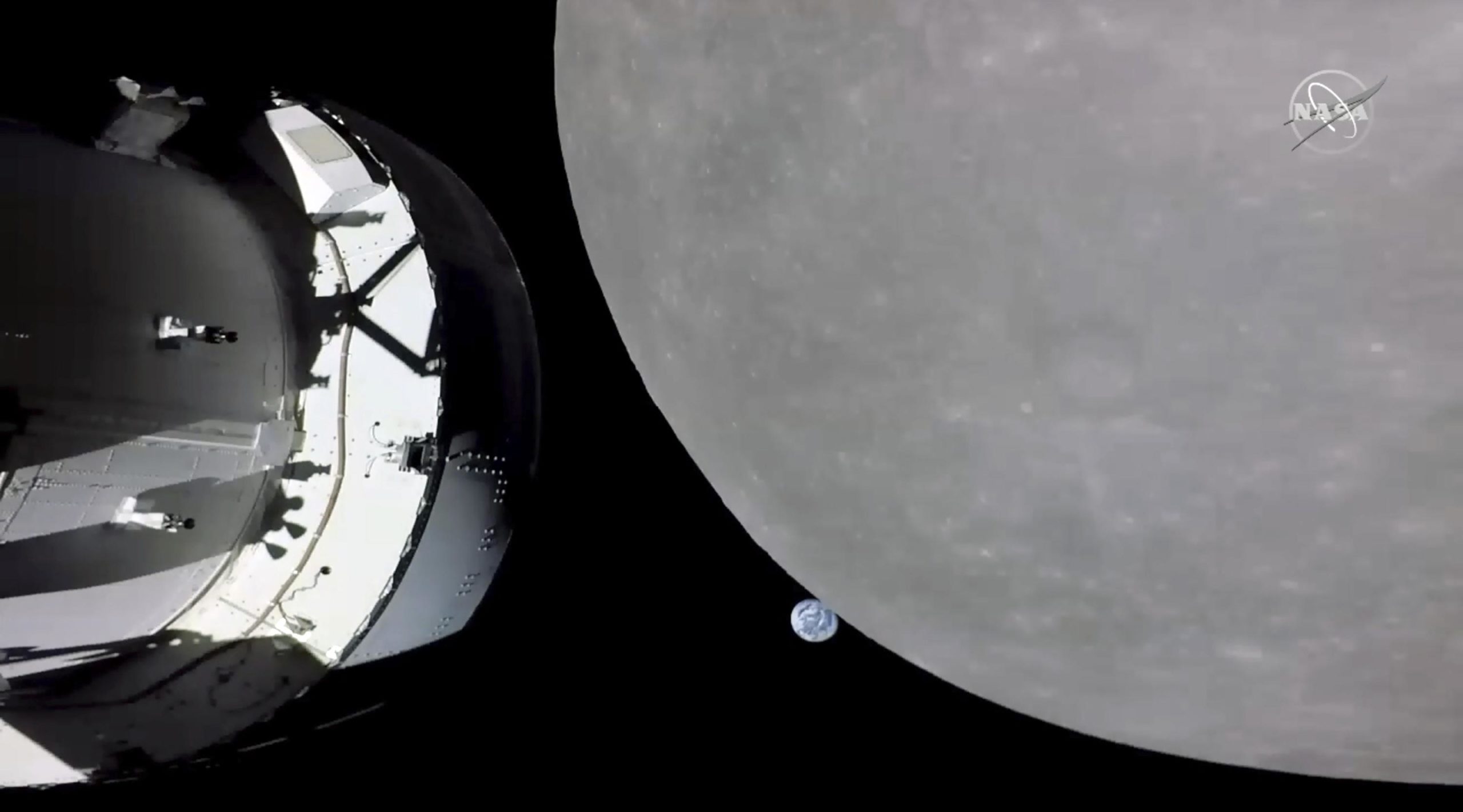 CAPE CANAVERAL, Fla. — NASA’s Orion capsule reached the moon Monday, whipping around the back side and passing within 80 miles (128 kilometers) on its way to a record-breaking lunar orbit.

The close approach occurred as the crew capsule and its three test dummies were on the far side of the moon. Because of the half-hour communication blackout, flight controllers in Houston did not know if the critical engine firing went well until the capsule emerged from behind the moon, more than 232,000 miles (375,000 kilometers) from Earth.

It’s the first time a capsule has visited the moon since NASA’s Apollo program 50 years ago, and represented a huge milestone in the $4. 1 billion test flight that began last Wednesday. Orion’s flight path took it over the landing sites of Apollo 11, 12 and 14 — humanity’s first three lunar touchdowns.

The moon loomed ever larger in the video beamed back earlier in the morning, as the capsule closed the final few thousand miles since blasting off last Wednesday from Florida’s Kennedy Space Center, atop the most powerful rocket ever built by NASA.

“This is one of those days that you’ve been thinking about and talking about for a long, long time,” flight director Zeb Scoville said while awaiting to resume contact.

As the capsule swung out from behind the moon, onboard cameras sent back a picture of Earth — a blue dot surrounded by blackness

Orion needed to slingshot around the moon to pick up enough speed to enter the sweeping, lopsided lunar orbit. If all continues to go well, another engine firing will place the capsule in that orbit Friday.

Next weekend, Orion will shatter NASA’s distance record for a spacecraft designed for astronauts — nearly 250,000 miles (400,000 kilometers) from Earth, set by Apollo 13 in 1970. And it will keep going, reaching a maximum distance from Earth next Monday at nearly 270,000 miles (433,000 kilometers). The capsule will be in lunar orbit for about a week before returning home. A Pacific splashdown is planned for Dec. 11.

Orion has no lunar lander; a touchdown won’t come until NASA astronauts attempt a lunar landing in 2025 with SpaceX’s Starship. Before then, however, astronauts will strap into Orion for a ride around the moon as early as 2024.

NASA managers were delighted with the progress of the mission. Late last week, Space Launch System managers told reporters that the rocket did exceptionally well during its first flight.

The 322-foot (98-meter) rocket caused more damage than expected, however, at the Kennedy Space Center launch pad. The force from the 8. 8 million pounds (4 million kilograms) of liftoff thrust was so great that it tore off the blast doors of the elevator. ___ The Howard Hughes Medical Institute’s Department of Science Education provides support to the Associated Press Health and Science Department. The AP is solely responsible for all content.