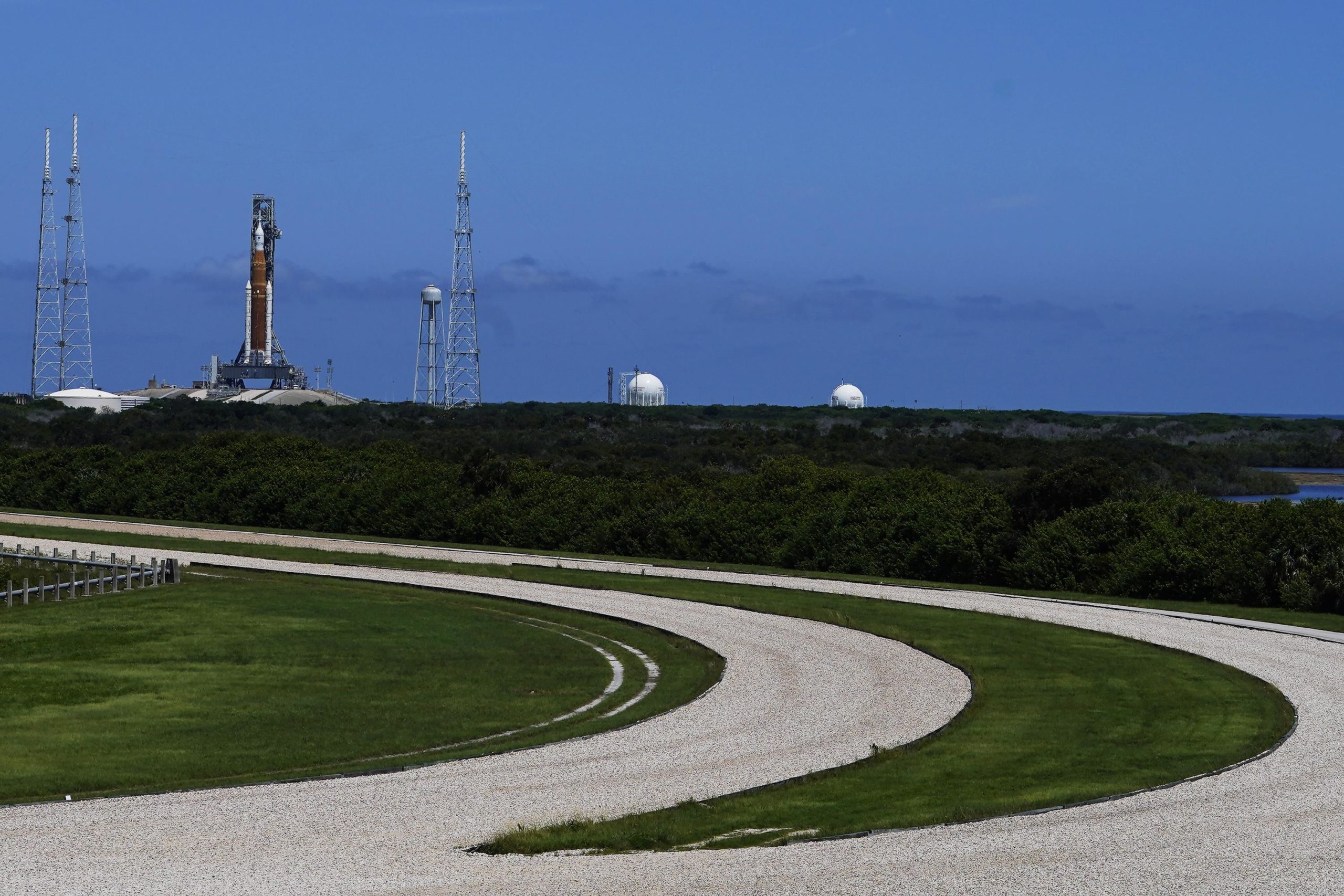 CAPE CANAVERAL, Fla. — NASA aimed for a Saturday launch of its new moon rocket, after fixing fuel leaks and working around a bad engine sensor that foiled the first try.

The inaugural flight of the 322-foot rocket — the most powerful ever built by NASA — was delayed late in the countdown Monday. The Kennedy Space Center clocks started ticking again as managers expressed confidence in their plan and forecasters gave favorable weather odds.

Atop the rocket is a crew capsule with three test dummies that will fly around the moon and back over the course of six weeks — NASA’s first such attempt since the Apollo program 50 years ago. NASA hopes to get the spacecraft out of its current state before it straps in the astronauts for the planned next flight in 2 years.

“This is a test flight, right? While I am confident in our procedures, you can see that the team is ready when they look at you. We can’t control the weather,” NASA’s Jeremy Parsons, deputy manager of exploration ground systems, said Friday.

The engineers in charge of the Space Launch System rocket insisted Thursday evening that all four main engines were good and that a faulty temperature sensor caused one of them to appear as though it were too warm Monday. The engines need to match the minus-420 degrees Fahrenheit (minus-250 degrees Celsius) of the liquid hydrogen fuel at liftoff, otherwise they could be damaged and shut down in flight.

“We have convinced ourselves without a shadow of a doubt that we have good-quality liquid hydrogen going through the engines. There’s no fuzz on that,” said John Honeycutt, the rocket’s program manager.

The launch team will conduct another engine test, this time during the countdown. Even if that suspect sensor indicates the one engine is too warm, other sensors could be relied on to ensure everything is working correctly and to halt the countdown if there’s a problem, Honeycutt told reporters.

NASA could not perform that kind of engine test during dress rehearsals earlier this year because of leaking fuel. More fuel leaks cropped up Monday; technicians found some loose connections and tightened them.

The $4. 1 billion test flight is NASA’s first step in sending astronauts around the moon in 2024 and landing them on the surface in 2025. 1972. was the last time that astronauts walked on the moon.