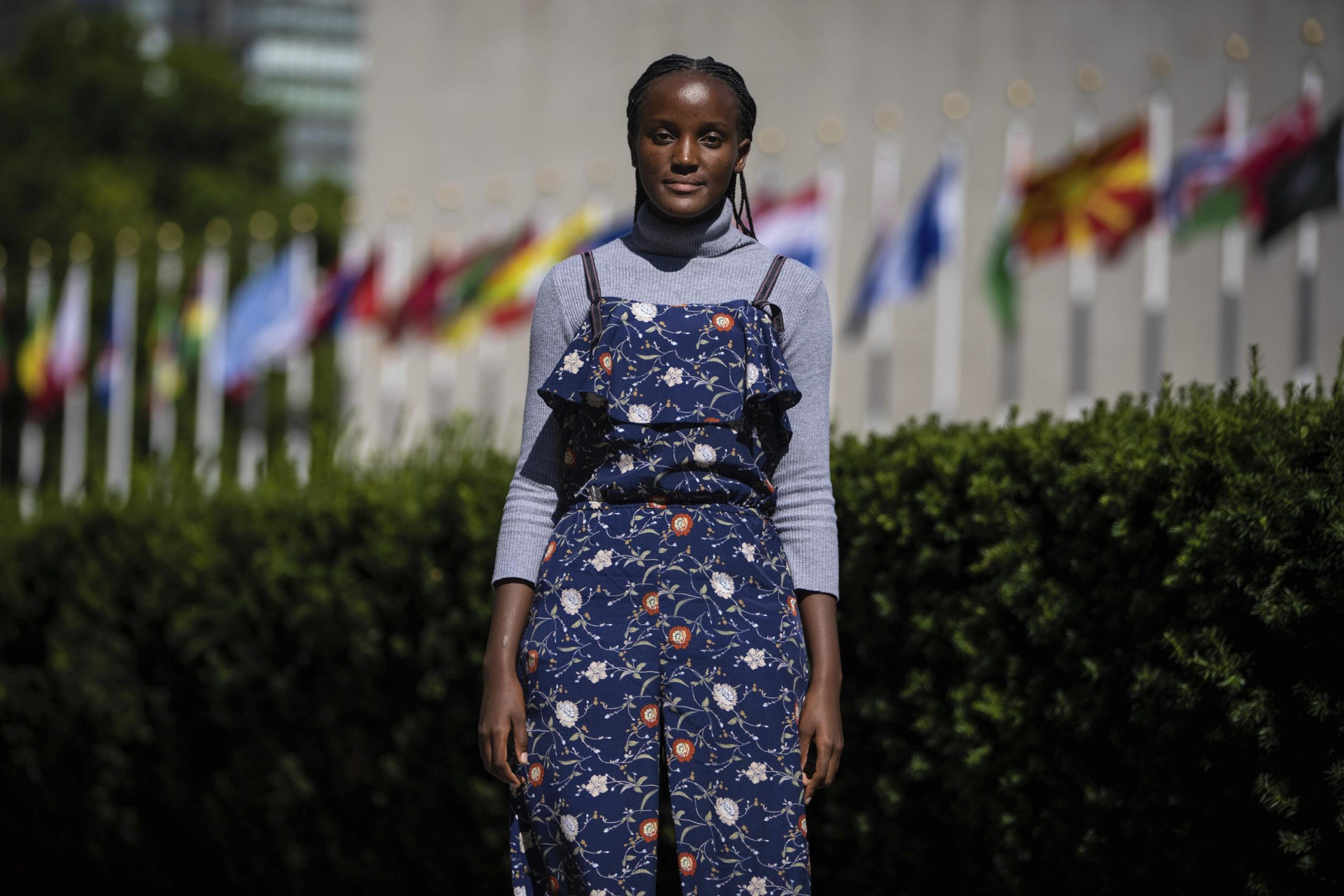 NEW YORK — Vanessa Nakate’s climate activism over the past three years has propelled her to the world stage.

Since 2019, Nakate started a platform called Rise Up Movement to increase the voice of African climate activists. She also launched Vash Greens School Project which installs solar panels in rural areas of Uganda.

These endeavors led UNICEF to announce her as their new goodwill ambassador this week, with UNICEF Executive Director Catherine Russell saying Nakate’s appointment to the role “will help ensure that the voices of children and young people are never cut out of the conversation on climate change — and always included in decisions that affect their lives.”

“For so long the world has ignored what happens in the global south,” the 25-year-old Ugandan native told the Associated Press on Wednesday. Nakate, a UNICEF volunteer who spent a week in Turkana, Kenya, witnessed the consequences of the severe drought that struck eastern Africa four decades ago.

“To return to the Horn of Africa, where I was in Turkana – there was once a time when people talked about it. But now people forget,” she stated. “It’s no longer being talked about, but does that mean that situation has come to an end? No. The drought situation is much worse and many people are suffering right now.”

Earlier this year, the Intergovernmental Authority on Development warned that higher temperatures and less than normal rainfall were recorded across the African continent by weather agencies, and rains were further expected to fail — indicating that countries in East Africa, as well as the Horn of Africa, could be facing the most severe drought in 40 years. Droughts are a common problem over the past years. They have caused crop loss, deaths of livestock, and many cases of malnutrition.

” The climate crisis is a complex and difficult reality. One of them is that those being impacted the most right now, they are the ones the least responsible,” she said.

According to the Global Carbon Project, a team of scientists that monitor countries’ carbon dioxide emissions, Africa — which accounts for about 16% of the world’s population — is responsible for only 3. 2% of the carbon dioxide released into the atmosphere since 1959.

Carbon dioxide is the primary contributor to climate change. As a natural greenhouse gas, it traps heat in the atmosphere, which in turn causes global temperatures to rise. Where the African continent is a minor contributor to global carbon dioxide emissions, more industrialized countries such as the United States, Russia and China are greater contributors.

For activists like Nakate, tackling the climate crisis isn’t just about raising awareness or urging global leaders to make swift policy changes addressing climate change that is devastating countries like Pakistan and Kenya — it also requires amplifying the voices of non-western climate activists, who she said are largely ignored in international conversations about climate change.

Looking ahead to COP27 — the United Nations’ annual climate summit — which is being held in Egypt this November, Nakate said she notices a significant deficit during these global discussions: the lack of real human experience. “I believe what is really missing in these discussions is the human side of the climate crisis. I think it’s really the human story that tells that story, and tells what the experiences are of what communities are going though,” she stated. “It’s what also tells the solutions that communities need because many times there’s a disconnect between what is being discussed and between what communities are saying.”

To Nakate, that is a failure of global leadership. If leaders in the west understood the sufferings of people affected by the climate crisis, she believes they would be able to take action immediately.

Ultimately, she said, the responsibility and burden of tackling climate change and ensuring the numerous, nameless faces of the climate crisis are not ignored needs to fall on global leaders — not solely the youth that have built a global movement.

“The question should be like, what should the leaders do? What can governments do to help? Nakate stated that activism has taught me many things.

She still tries to find hope in this situation.

” “You try to find hope in all of this because it’s there that you can keep saying that we want this or that,” she stated.