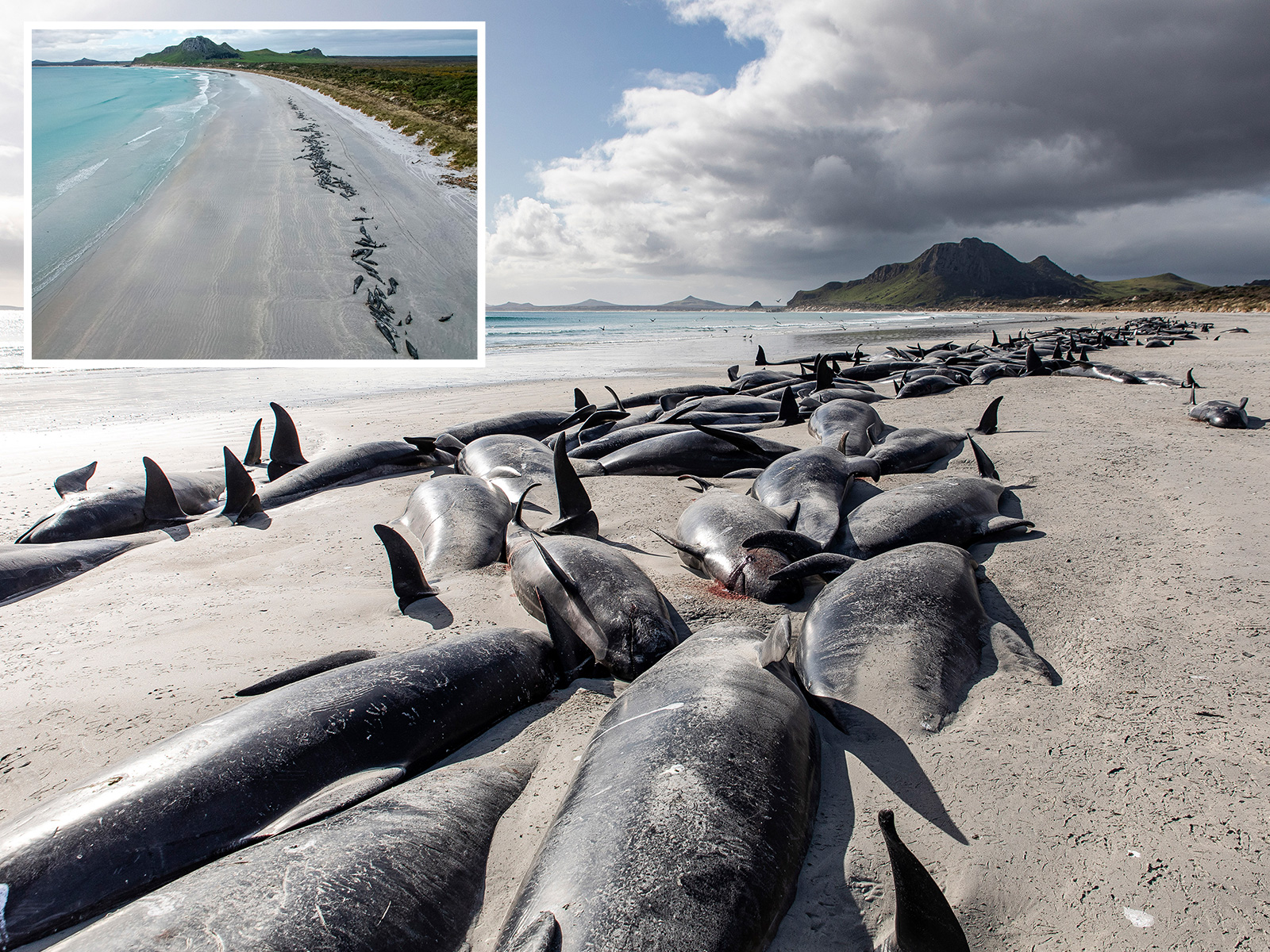 The mystery as to why so many whales die in the Chatham Islands, in New Zealand, continues.

Over the past week, two mass pilot whale strandings occurred in the Chatham Islands, a remote area on the eastern coast of New Zealand’s South Island. In just a few days, 477 whales washed ashore in two separate stranding events.

Marine mammal strandings happen globally but the Chatham Islands are a hotspot for the phenomenon. It is in the top three places for strandings to occur in New Zealand, with an estimated 4,000 pilot whale strandings since 1901, according to the Department of Conservation.

But the exact cause of these strandings remains a mystery to scientists, there have been several suspicions as to why the islands act as a death trap for the species.

“[The Chatham Islands are] a hotspot, likely due to its geographical position. The islands are surrounded by deep productive/nutrient waters. The whales may have been feeding in the area or having a social interaction or were simply passing through and were unable to navigate around the island hazard,” wildlife scientist Vanessa Pirotta of the Marine Predator Research Group at Macquarie University, told Newsweek. “This is the area where similar stranding events have occurred which suggests that geography may be at play here. Having said that, every stranding is different and hopefully we can acquire further knowledge about this one to add to the growing puzzle of knowledge.”

The largest stranding to occur in the Chatham Islands occurred in 1918, when an estimated 1,000 whales washed ashore at once.

When mass whale strandings such as this occur, rescue organizations, such as Project Jonah attempt to save what whales they can.

But the remoteness of the Chatham Islands makes rescue efforts nearly impossible, especially with such a large number of whales washing up. The coastal areas are also populated by great white sharks, making it potentially dangerous for humans to attempt to refloat the stranded whales.

Why Do Pilot Whales Beach Themselves?

Marine mammal strandings can happen anywhere in the world and involve a wide variety of species. But pilot whales are particularly prone to stranding.

While there is no concrete scientific explanation, experts suspect their complex, social bonds may have a lot to do with it.

The whales, which travel in pods, usually stick together. This means when one member becomes sick or disorientated in the shallows, the rest of the pod may follow.

“Mass strandings tend to involve species that normally live in deep waters away from the coast and which are very social—pilot whales, false killer whales, sperm whales,” Peter Evans, a professor at the School of Ocean Sciences at Bangor University, previously told Newsweek. “Where there is shallow water adjacent to deep water areas, particularly if the seabed is mud or sand make it very difficult for whales to navigate using their sonar.”