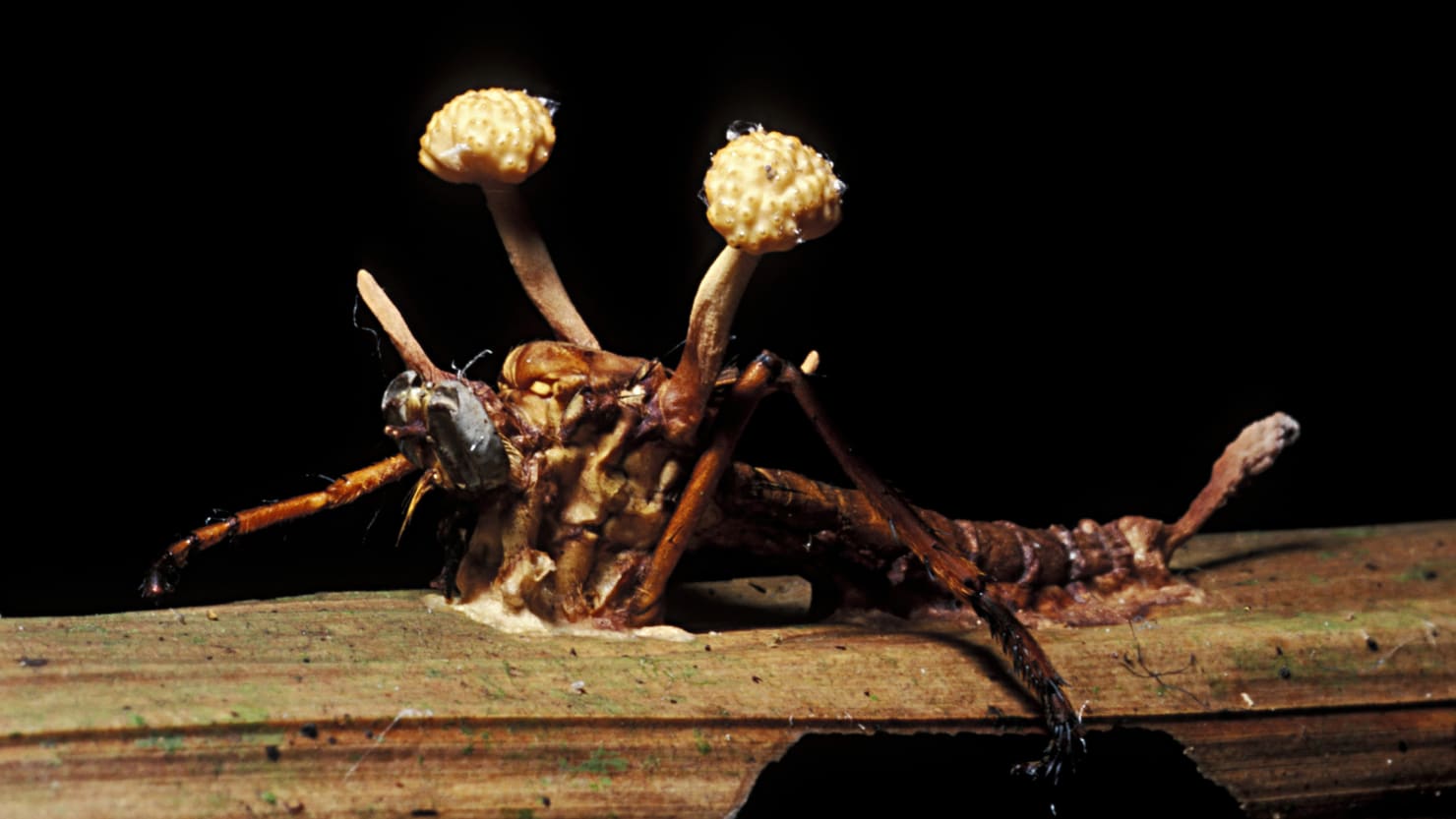 In the video game The Last of Us, the world has been transformed into a post-apocalyptic nightmare due to a mutated fungus known as Cordyceps, which transforms humans into cannibalistic zombies. Although it sounds like a fantasy, this parasitic mushroom is actually real in reality. It infects the insects and feeds off them, changing their behavior and then sprouting from it’s body.

As gruesome as that sounds, Cordyceps pose no such danger to humans–and has even been shown to provide anti-cancer benefits due to its major compound cordycepin. One problem is that it’s difficult to grow Cordyceps in a laboratory. The typical method of growing the fungus is on grains like brown rice. However, the concentration of lab-grown cordycepin is much lower than those found in infected bugs in the wild. Researchers suspected this was due to the low amount of protein in the grains when compared to when the fungus infects protein rich insects.

In a breakthrough published Wednesday in the journal Frontiers in Microbiology, a team of scientists were able successfully cultivate Cordyceps containing high levels of cordycepin using the bodies of insects as the growth medium. This new process could lead to the research and development of better cordycepin-based anti-cancer treatments. The study’s authors also believe that it could help treat COVID-19 too.

Of course, all insects are different from one another. The equally difficult task of selecting the best bugs to grow the zombie-making fungal infection required the testing of different insects as growth media.

While researchers typically believed that it was the protein that helped create high levels of cordycepin, the study’s authors found that the key was actually in a fat known as oleic acid found in insects. When they added the acid to the insect mediums with low cordycepin, the compound’s growth was boosted by as much as 50 percent. These findings could lead to more efficient cordycepin synthesizing.

The study’s authors caution that growing Cordyceps using this method isn’t possible yet on an industrial scale due to limited amounts of the insects used in the study. However, Lee said that it “may be possible through the use of other insects, which needs to be demonstrated by further study.”

So despite its grisly depiction in pop culture, the Cordyceps mushroom might soon play a very large role in helping deal with some of society’s most persistent and deadly health issues. Let’s just keep our fingers crossed that it doesn’t, you know, mutate and doom us all into becoming raving, zombie cannibals.

The post Mushroom That Turns Bugs to Zombies Is Grown to Fight Cancer and COVID appeared first on The Daily Beast.