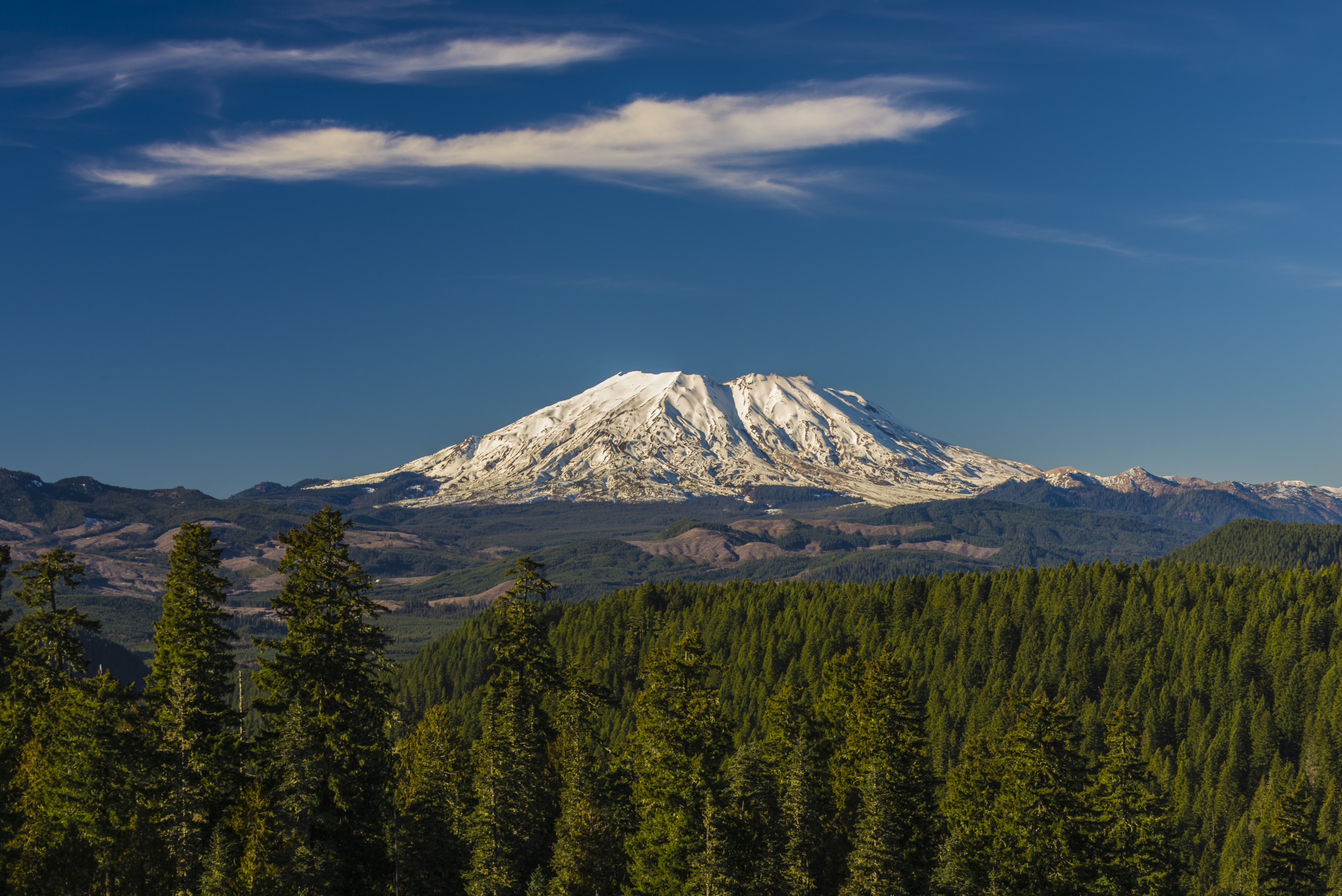 Heavy rainfall, which is expected to increase in certain areas in the future, can make the damage caused by volcanic eruptions worse.

According to research published in the journal Royal Society Open Science, climate change-induced rainfall increases will exacerbate volcanic hazards including dome explosions and flank collapses, potentially endangering a larger number of people living in the vicinity of volcanoes worldwide, including Mount St. Helens.

The specific volcanic hazards that are expected to worsen vary from volcano to volcano.

“One of the most common hazards is a lahar, which is a devastating slurry of volcanic ash mixed with water, in the majority of cases, from rainfall,” Jamie Farquharson, a postdoctoral associate at the Rosenstiel School of Marine and Atmospheric Science at the University of Miami, and co-author of the paper, told Newsweek.

Heavy rainfall can also destabilize the slopes and lava domes of a volcano, causing collapses, landslides, rockfalls and potentially even volcanic eruptions as the magma is suddenly depressurized. Farquharson stated that lava domes can be very hot when compared with a downpour of rainfall. This thermal contrast could also lead to steam-driven explosions due to the rapid volumetric expansion. “It is also possible that rainfall infiltrating the edifice of a volcano can weaken or fracture the subsurface rock, making it easier for magma to intrude at depth.”

In light of ongoing climate change, it is critical to know which volcanic areas might experience more extreme rainfall events in the future, as that may massively increase the dangers facing locals nearby. Over 29 million people across the world live within just 6 miles of active volcanoes, with about 800 million people living within 60 miles. This is about the same area as New Jersey.

This study investigated where rainfall is predicted to increase due to climate change, comparing the results of nine global-scale “general circulation models” developed by different climate research groups around the world, according to Farquharson.

” We then concentrated on regions where the majority of these models agreed, Farquharson stated. “Some regions, such as the West Indies, South America, or Indonesia, are consistently projected in these models to experience more extreme rainfall with continued global warming. They also happen to be regions of frequent volcanic activity.”

Hazardous volcanoes in these regions include the Soufriere Hills Volcano in the Caribbean, Guagua Pichincha in Ecuador and Mount Semeru in Indonesia. Both Guagua Pichincha and Semeru have recently seen an increase in rainfall-driven volcanic casualties, with heavy rain eroding Semeru’s hardened lava dome, which partially collapsed, and is thought to have triggered the 2021 eruption.

The U.S. is also expected to face increased rainfall in certain parts of the western seaboard and in Alaska, as well as Canada. While the study didn’t look in detail at U.S. volcanoes, the authors said that Mount St. Helens and Mount Rainier may pose a greater risk to nearby residents in the future as a result.

“There are several–in particular in the Cascade Range–that currently present a lahar threat to major population centers, such as Mount Rainier in Washington. Patterns of (small) steam explosions have also been linked to passing rainstorms at Mount St. Helens, so I’d argue that this is cause to study the link between rainfall and volcanic activity in these systems in the context of ongoing climate change,” Farquharson said.

Mount St. Helens, which last erupted in 1980, directly killed nearly 60 people. Future eruptions are expected to be even more destructive. Skamania County, where Mount St. Helens is located, had an estimated population of 12,083 in 2019.