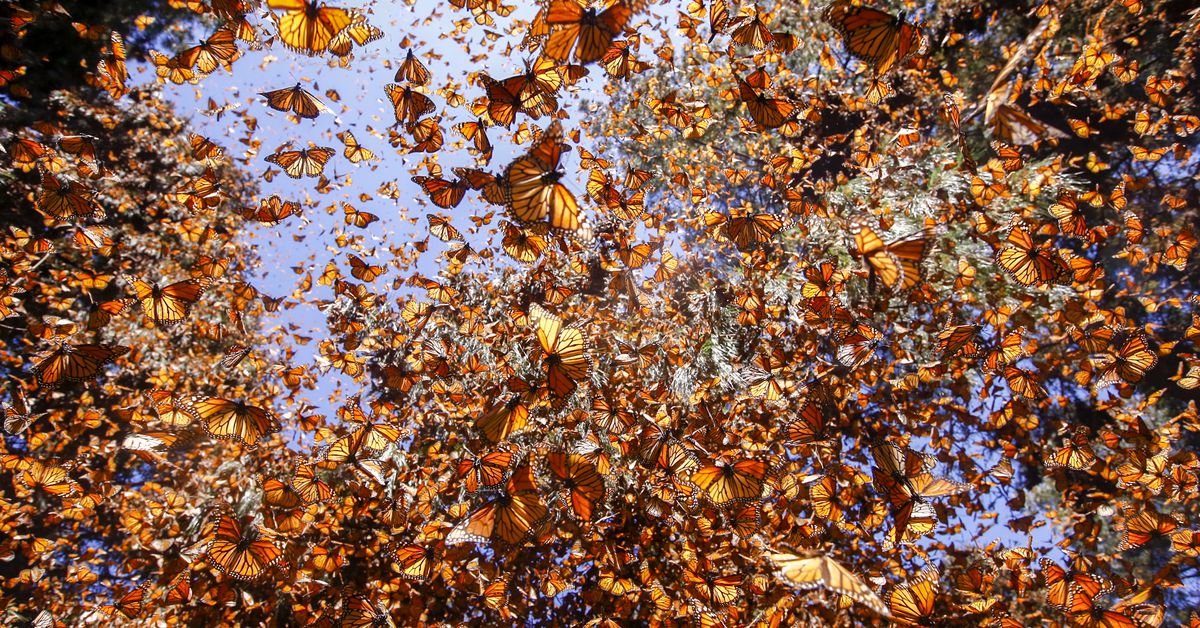 Monarch butterflies might be tougher than we give them credit for. The orange beauties made a surprising comeback in Mexico this winter, environmental organizations and Mexico’s commission for natural protected areas announced this week.

To avoid frigid temperatures further north, the butterflies flutter thousands of miles south from Canada and the US to spend the winter months in Mexico. This December, authorities there recorded a 35 percent rise in the monarch butterfly’s presence in Mexican forests.

It’s a show of resilience for a species whose numbers have dwindled to worrying lows in the region over the past decade. They face serious threats from habitat destruction and climate change, so much so that the nonprofit Center for Biological Diversity launched a lawsuit last year to urge the US to protect them under the Endangered Species Act.

The butterflies drape themselves across the forest, at times thick enough to change the color of the landscape from green to golden. To measure their spread, authorities take stock of the area of land they blanket. Their last tally came in at 2. 84 hectares (7 acres), an increase by more than a third from 2. 1 hectares (5. 2 acres) the previous year. To be sure, they’ve been way more plentiful in the past. In 2018, they covered over 6 hectares (14. 8 acres) of forest. The deforestation of Mexico has quickly caused the loss of habitat for butterflies. Further north, they’re losing the abundance of milkweed, the only plant that monarch caterpillars eat. This is mainly due to urban and agricultural developments. But climate change has also fueled fires, heatwaves, and droughts that take down the trees and plants they make home. They’re also very sensitive to extreme weather since the temperature cues them on key milestones like when to reproduce or migrate.

Luckily, the butterfly’s comeback in Mexico this past winter could be a sign that the butterflies are learning to adapt to more extreme weather triggered by climate change. Last year, the butterflies left their perches in Mexico pretty early, The Associated Press reports. The butterflies began their trip north in February and usually return in March, after they have arrived in Mexico in November or October.

While this is a bright spot for the species’ conservation, threats to the butterflies and their habitat haven’t slowed down. Logging in their territory was up last year, AP reports, and that was only mitigated because fire, drought, and disease took down fewer trees.

Resilience is an important part of what I do as a climate reporter. And I hear from communities on the frontlines of climate change that they shouldn’t have to be so resilient in the face of human-caused disasters in the first place. But I’ve also learned, especially with today’s news cycle, to celebrate the wins when they happen.

The post Monarch butterflies saw a resurgence in Mexico appeared first on The Verge.