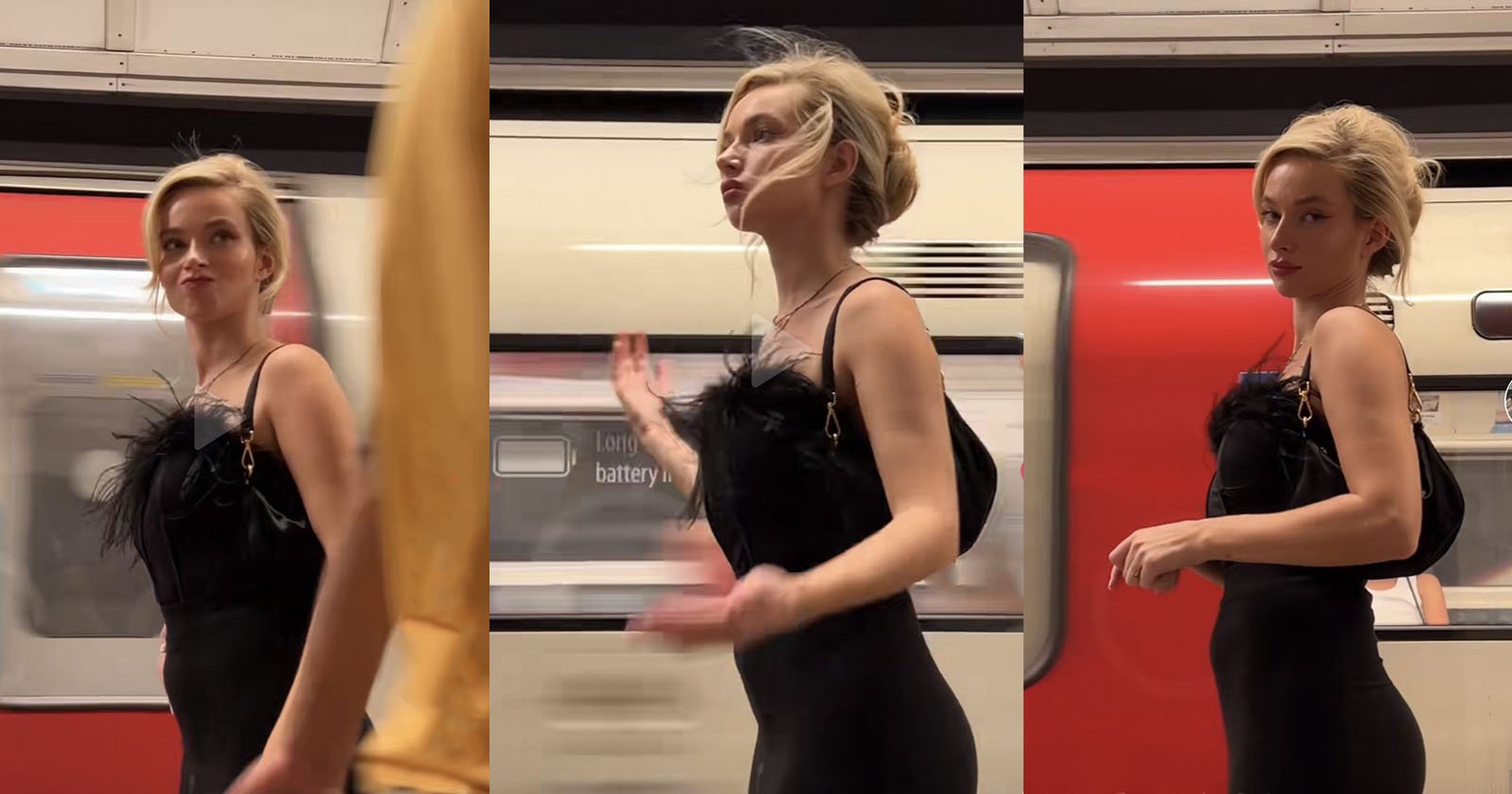 A video of a model becoming frustrated with people getting in the way of her shot in a busy train station has sparked a furious debate on social media regarding photoshoots in public places.

Model Antonia Freya Lydia (@turnttoni) shared a behind-the-scenes video on TikTok from a photoshoot she did on the London Underground, in which she looks visibly unimpressed as commuters walk into her pictures and block the camera.

In the behind-the-scenes footage, Lydia attempts to take an “aesthetic” video of herself elegantly standing on the platform as the trains rush past behind her.

However, you can see her rolling your eyes and pleading her lips as the tube riders walk past her as she tries to capture the perfect shot.

Lydia’s behind-the-scenes clip, which has racked up 7. 7 million views on TikTok, had led to social media users arguing whether she was correct to get annoyed by people ruining her photoshoot.

TikToker @itsprestonlr posted a response video on Tuesday, which amassed a further 1. 2 million views, in which he openly condemned Lydia.

please forgive these people for ruining your photoshoot

Many viewers agreed with him. A user expressed their annoyance with “content creators” who “think that public spaces” are their personal “photography studios.”

“I hate when people do photoshoots in random public places like people are walking, get lost,” writes one individual.

A viewer commented similarly “Imagine going to the metro where so many people travel every day to get there. It’s a great place to take photos .”

Lydia was frustrated with people passing by during her shoot. Some photographers suggested people walk in front of her camera.

A content creator writes “I get annoyed when I’m trying to take a picture and people can easily walk elsewhere because there’s plenty of room.”

“I’d be annoyed too. A viewer comments that people should simply walk behind cameras because they are not wrong.

A TikTok user might also relate to Lydia’s struggle to capture the right shot.

A photography enthusiast suggested Lydia make the most of the passengers in her image. The viewer suggests that Lydia could have held her pose for a longer exposure, which would have been cooler.

Yesterday, Petapixel reported on photographers angering members of the Jewish community after the National Holocaust Monument in monument was used as a backdrop for a photo shoot.