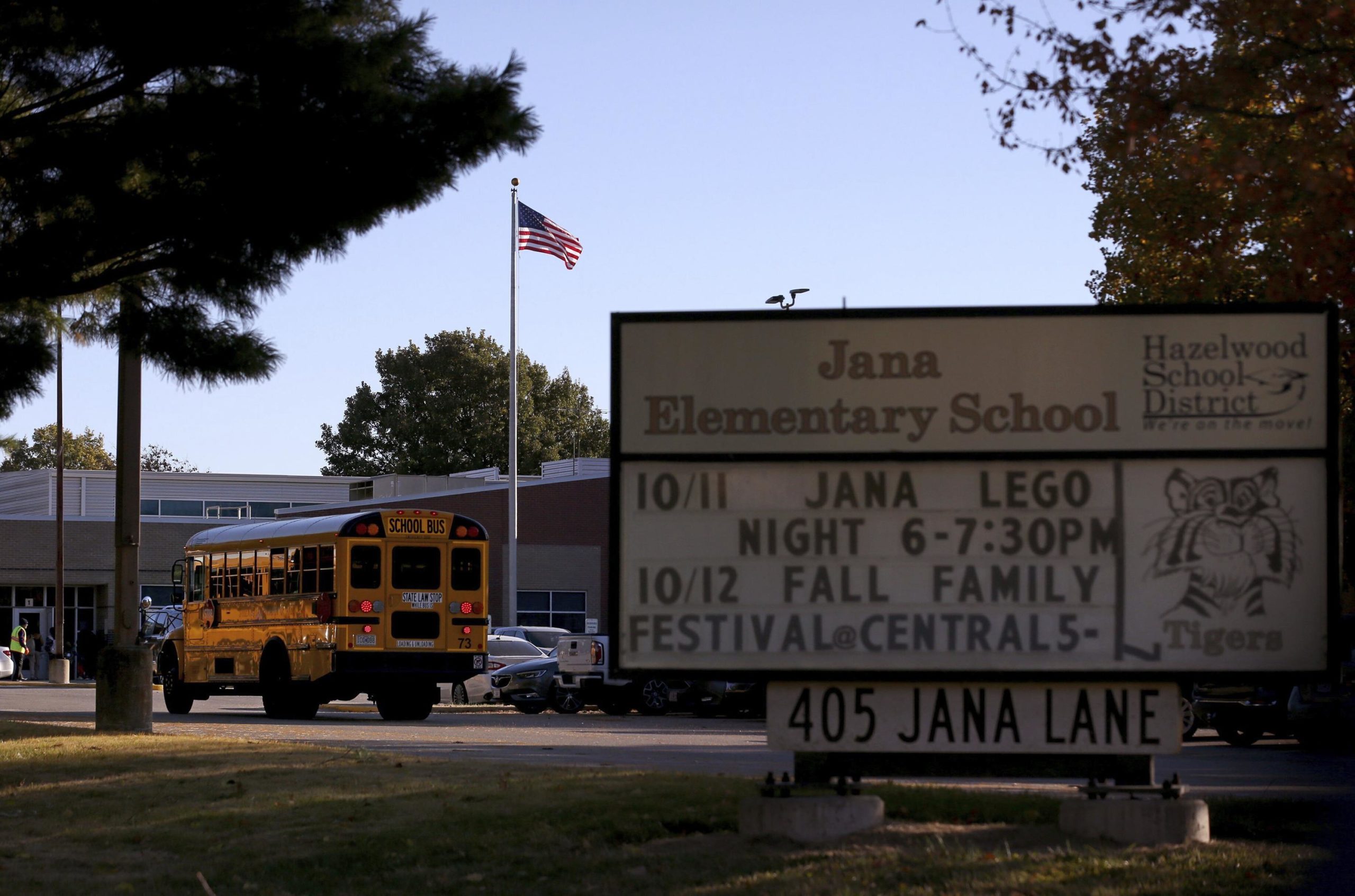 FLORISSANT, Mo. After a report by radioactive waste lawyers, a Missouri school board decided to close a Grade School that is located near a contaminated stream. The study was funded by law firms in class action lawsuits.

Contamination was in classrooms, the playground and elsewhere at Jana Elementary School in Florissant, Missouri, according to a report last week by Boston Chemical Data Corp. It follows another study by the U.S. Army Corps of Engineers, made public in the summer, that found contamination stemming from World War II-era nuclear weapons production in a wooded area near Coldwater Creek.

The Hazelwood Board of Education voted in closed session Tuesday to close the school until it can be cleaned up. Virtual learning will start Monday and is planned until the students can be moved to different schools, tentatively scheduled for Nov. 28. Jana Elementary’s reopening date is unknown.

The school board, in a statement after the closed meeting, said the remediation is necessary but acknowledged “this is causing a disruption to our students’ education and school climate.”

The decision came even as a Corps official raised questions about the Boston Chemical study. Phillip Moser, program manager of the Corps’ Formerly Utilized Sites Remedial Action Program in St. Louis, said the agency’s evaluations found no contamination between the wooded site and the school or its playground. He called the Boston Chemical report “incomplete and not consistent with the approved processes required to do an evaluation at one of our sites.”

The new report worried parents, especially since the federal Agency for Toxic Substances and Disease Registry stated in 2019 that people exposed to Coldwater Creek from the 1960s to the 1990s may have an increased risk of bone cancer, lung cancer and leukemia.

” I don’t understand why it isn’t closed now,” William Johnson (the father of a student at the school) told the board.

Many speakers at the meeting welcomed the shutdown of the school, but wondered why the school district didn’t communicate about the problem. Many said that they first heard of the problem via Facebook or news.

“I’m happy that you have a plan now,” said Patrice Strickland, who has two children at the school. “I’m so happy you’re considering our babies now. But just communicate with us.”

Nuclear waste from World War II weapons production as part of the Manhattan Project contaminated Coldwater Creek. Mallinckrodt Chemical Co. processed uranium ore in St. Louis from 1942 to 1957 and shipped waste to a site near Lambert Airport, where it made its way into the 19-mile-long waterway that flows into the Missouri River.

The Superfund Site was designated by the Environmental Protection Agency in 1989. The remediation effort — which involves digging up the contaminated soil and transporting it via covered rail cars to an Idaho waste management facility — is not expected to be completed until 2038..

Dawn Chapman, co-founder of the environmental group Just Moms STL that has pushed for cleanup of Coldwater Creek, acknowledged the difficulty in connecting illnesses to contamination. Chapman stated that the report, funded by two law companies seeking to compensate for illness and death allegedly due to the contamination of the creek, has caused concern for parents and teachers as well as staff.

The Boston Chemical study cited levels of radioactive isotope lead-210 that were 22 times the expected level on the kindergarten playground. It also found high levels of polonium, radium and other material in various places throughout the school.

Mahadevappa Mahesh, chief physicist at the teaching hospital at Johns Hopkins University School of Medicine in Baltimore, called the data “bothersome,” but said he needed more information to reach firm conclusions about the potential health effects.

” The psychological effect is more severe than the physical injury,” stated Mahesh who also lectures in radiology. “Now that the students and the parents know these things, that can have a lot more psychological impact — worrying about the radiation — more than actual radiation injuries.”

The school — which sits in a subdivision surrounded by homes — opened in the 1970s and has educated thousands of children, said Christen Commuso of the Missouri Coalition for the Environment. While the area along Coldwater Creek is racially mixed, about 80% of Jana Elementary School’s 400 students are Black.

“You’re talking about kids throughout the decades who have been exposed to this.” Commuso said.

Eventually, Ashley Bernaugh wants her son to be back at the school. Bernaugh serves as president of Jana Elementary School’s parent-teacher association.

“We love Jana Elementary,” Bernaugh said. “I’ll go down fighting for it.”

The post Missouri School to Close After Radioactive Waste Report was first published on Associated Press .