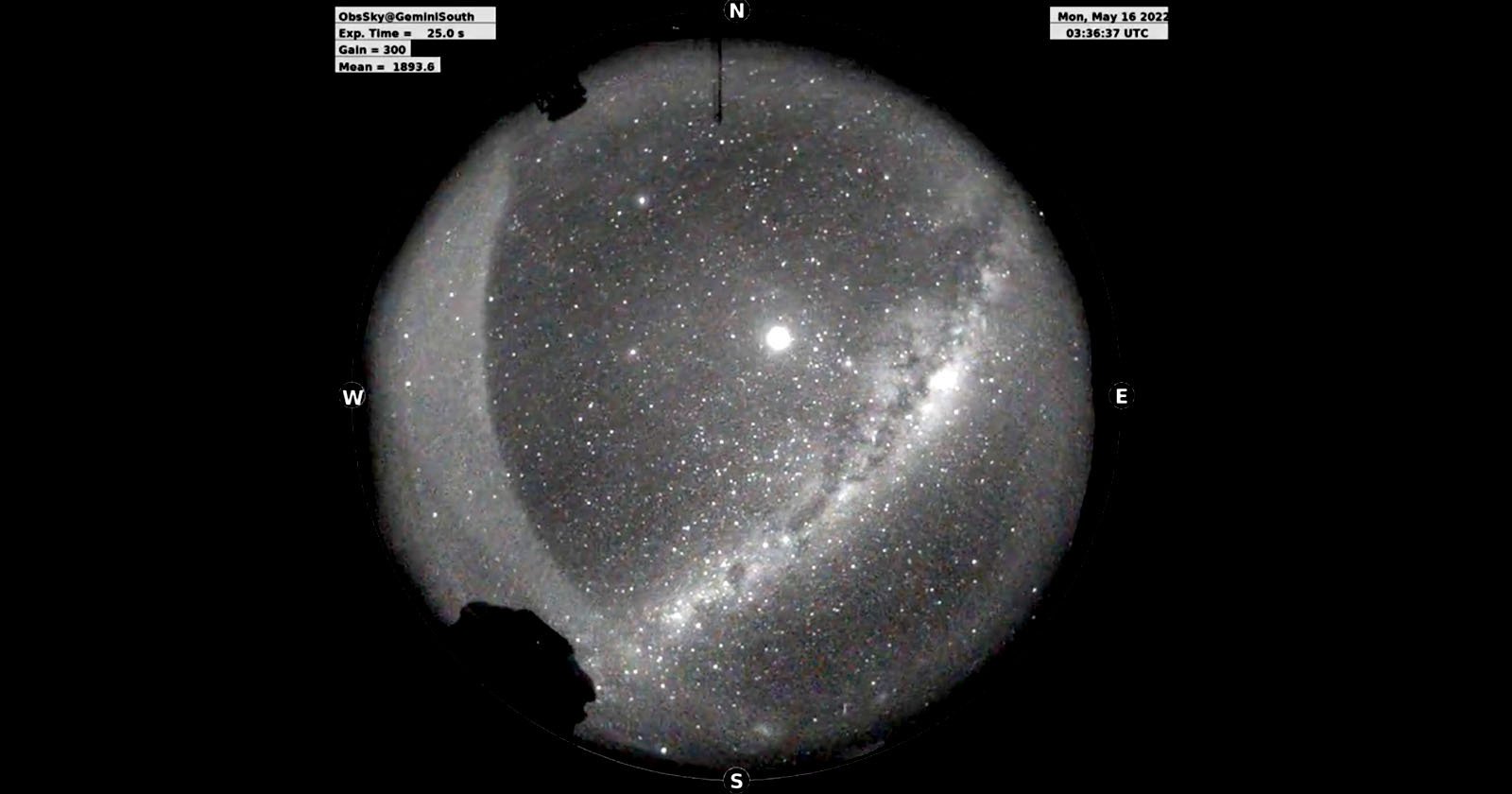 A total lunar eclipse amazed viewers all over the globe this week. In one timelapse video you can see it dramatically cutting off the sky’s light to the point that the Milky Way appears suddenly.

This stunning video was taken by the Gemini Observatory’s All-Sky camera in Hilo (Hawaii) and captures the moment when the eclipse makes the sky darken to reveal the Milky Way.

As reported by Futurism, the Milky Way Galaxy is on show for just three seconds in the timelapse video above, but took place over the course of about an hour in real-time. The powerful telescope located at Gemini Observatory south was able to pick up fine detail in the sky as the eclipse dramatically darkened the view.

The total lunar eclipse took place on the full moon. This would normally make it a brighter night, making it difficult to see the Milky Way because of the light pollution. The Earth cut off light from the Sun, which reflects off of the moon and made the sky darker. This revealed the galaxy to our cameras.

The eclipse was the longest total lunar eclipse visible from the Americas since 1989 and also happened to coincide with a “supermoon,” which occurs when the Moon is at its nearest point to Earth.

When the Earth’s shadow touches the Moon’s surface, it may dim or turn it red. This is because the Moon has been passing through Earth’s umbral Shadow, the only light that has reached it.

It wasn’t just the Gemini Observatory camera that picked out the Milky Way, another photographer posted a picture on Twitter of the Milky Way, Lunar Eclipse, and the Aurora Borealis in one picture.

Meanwhile, astronaut Samantha Cristoforetti photographed the event from her position on the International Space Station.

A camera stationed at the Cerro Tololo Inter-American Observatory in Chile also captured a remarkable picture of the Milky Way galaxy with the lunar eclipse visible in the frame as a large red orb.

The crimson Moon shines above the Milky Way in the center left of the image, while at the bottom of the image are the Victor M. Blanco 4-meter Telescope (center) and Curtis Schmidt Telescope (left). NOIRLab explains that the eclipse appeared extraordinarily dark in the southern hemisphere as a result of the ash from the 2021 Hunga Tonga-Hunga Ha’apai volcanic eruption.

For those who missed this lunar eclipse, another is scheduled to take place on November 8, 2022 and will be visible in parts of the United States and Asia.