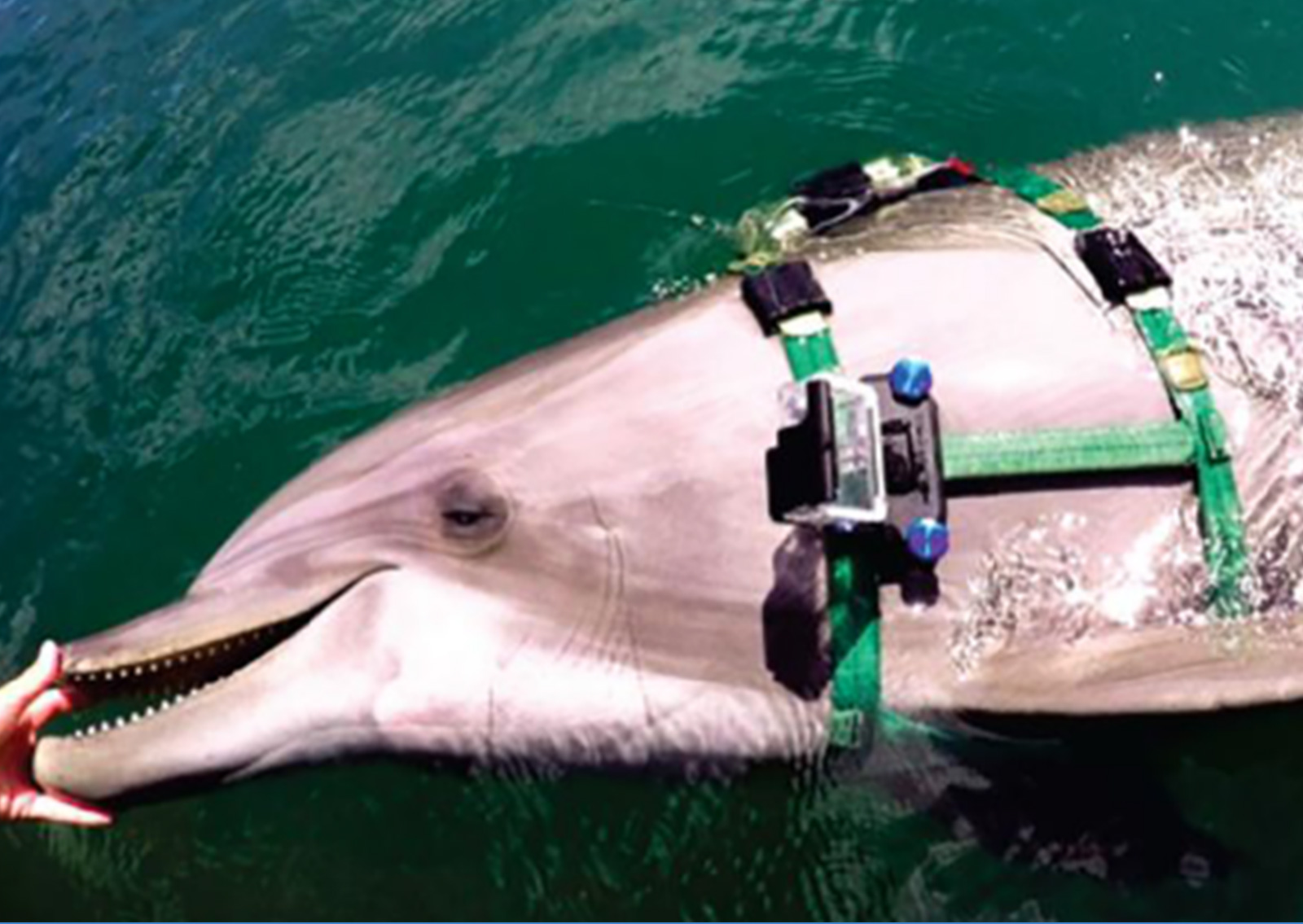 Dolphins with video cameras strapped to them have been recorded making excited noises as they captured prey, including yellow-bellied sea snakes, in the San Diego Bay and in the open ocean.

The two Navy dolphins, who had cameras attached to their sides, were the first to be observed hunting and capturing prey in a natural environment using both sound and video. This footage allowed scientists to compare the sounds made by the dolphins to the behaviors they were exhibiting.

According to a study published in the journal PLOS One, dolphins that were searching for their prey made different sounds when they approached and when they captured their soon-to-become meal. They constantly kept their eyes on the prey.

One of them was also observed consuming eight yellow-bellied sea snakes, which are a poisonous species that had never been observed being preyed upon by dolphins. It did not become ill.

Dolphins vocalize for a variety of reasons, often for echolocation when hunting prey. The click rate of these vocalizations is thought to increase when approaching an object of interest. They communicate with one another using their vocalizations, and even have signature whistles within their social group, almost akin to a name.

“The camera placements that we used could be employed with small cameras and suction cup tags to observe feeding in wild dolphins. This would give a better understanding of feeding and nutrition in threatened populations,” wrote the paper’s authors.

While hunting prey, the dolphins were observed to click at intervals of 20 to 50 milliseconds. These were shortened into a terminal buzz (a series of fast successive clicks, sounding like a high-pitch buzz) and then a squeal as the dolphin approached a potential catch. As the dolphin captured and ate the prey, these squeals continued, varying in duration, peak frequency and amplitude.

The terminal buzz and squeal continued even if the fish escaped and the dolphin gave chase. If a dolphin’s eye was visible in the video, the researchers found that it was always rotated toward the fish.

“Simultaneous sound and video of all prey capture events and some fish that escaped capture revealed that echolocation was used to find prey at a distance and up-close vision revealed by eye tracking was also used,” wrote the authors in the study.

Brittany Jones, a scientist at the National Marine Mammal Foundation told The Guardian: “These findings are an incredible addition to the literature providing detailed analyses during prey capture in the open ocean, which would be very difficult to achieve with wild dolphins.”

Newsweek has contacted the authors of the paper.