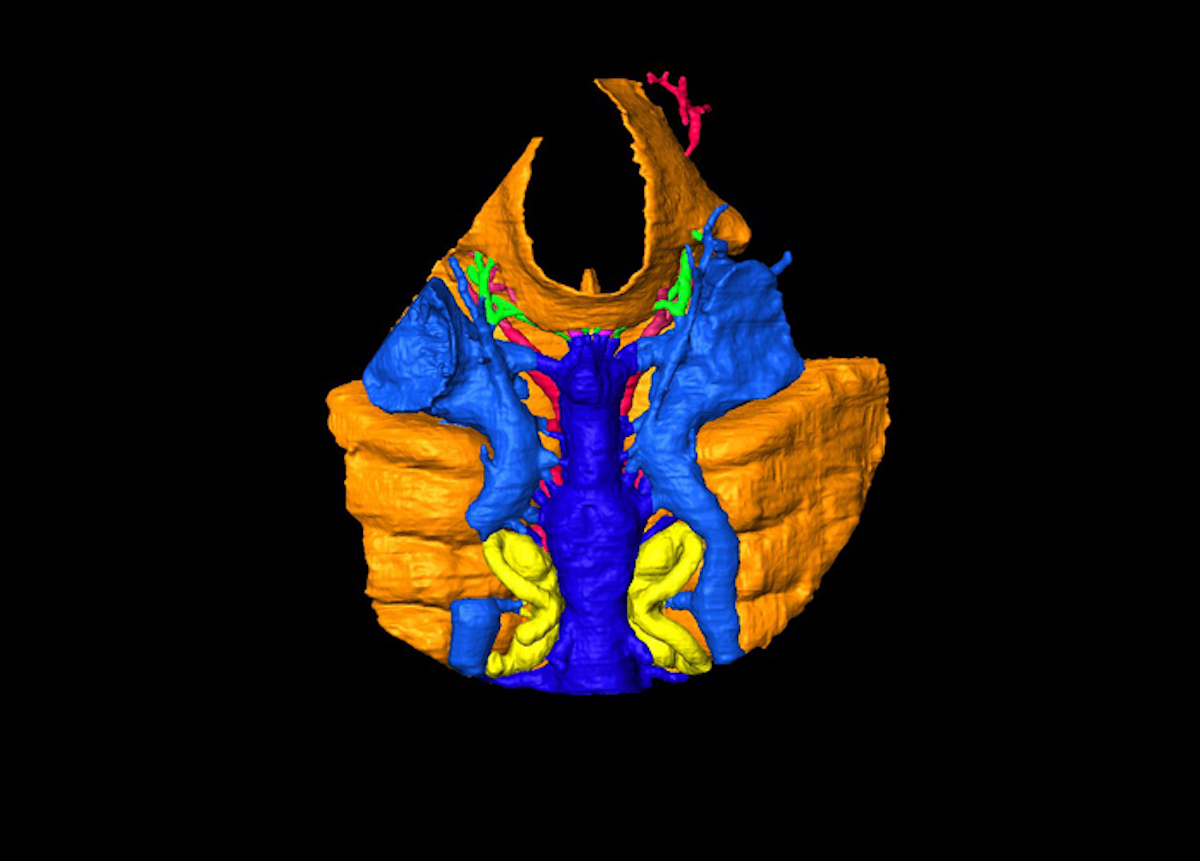 The middle ear of humans evolved from fish gills, according to a study of a 438 million-year-old fossil fish brain.

Scientists discovered the fossil of the braincase of a Shuyu fish. Despite its skull only being the size of a fingernail they were able to recreate seven virtual casts of the brain.

The team from the Institute of Vertebrate Paleontology and Paleoanthropology (IVPP) of the Chinese Academy of Sciences found the spiracle, slits behind the eyes leading to the mouth which allows some species to breathe.

In sharks and other rays the spiracle allows water to be absorbed before it is expelled.

The spiracle was adapted to become the inner ear canal of four-legged vertebrates. This function has been preserved throughout evolution.

The detail derived from the two fossils is the last piece of the jigsaw proving the line from fish gills to the human ear.

The human middle ear contains three vibrating, tiny bones that are responsible for transporting sound vibrations to the inner ear. These vibrations then become nerve impulses, which allow us to hear.

Professor Zhikun Gai from IVPP and first author of the study said: “These fossils provided the first anatomical and fossil evidence for a vertebrate spiracle originating from fish gills.”

A total of seven virtual endocasts of the Shuyu braincase were reconstructed.

Almost all details of the cranial anatomy of Shuyu were revealed in its fingernail-sized skull, including five brain divisions, sensory organs, and cranial nerve and blood vessel passages.

The fossils found in China’s Changxing, Zhejiang Province and Qujing, Yunnan Province were hailed as the ‘missing links’ from the gill to the middle ear.

Professor Min Zhu, academician of the Chinese Academy of Sciences added: “Many important structures of human beings can be traced back to our fish ancestors, such as our teeth, jaws, middle ears, etc. The main job of paleontologists, according to the author, is to identify the missing links between humans and fish.

“Shuyu has been regarded as a key missing link as important as Archaeopteryx.”

Professor Per Ahlberg from Uppsala University and academician of the Royal Swedish Academy of Sciences who collaborated on the research, said: “Our finding bridges the entire history of the spiracular slit, bringing together recent discoveries from the gill pouches of fossil jawless vertebrates, via the spiracles of the earliest jawed vertebrates, to the middle ears of the first tetrapods, which tells this extraordinary evolutionary story.”

The study was published in the journal Frontiers in Ecology and Evolution.

The post Middle Ear of Humans Evolved From Fish Gills, According to Study appeared first on Newsweek.