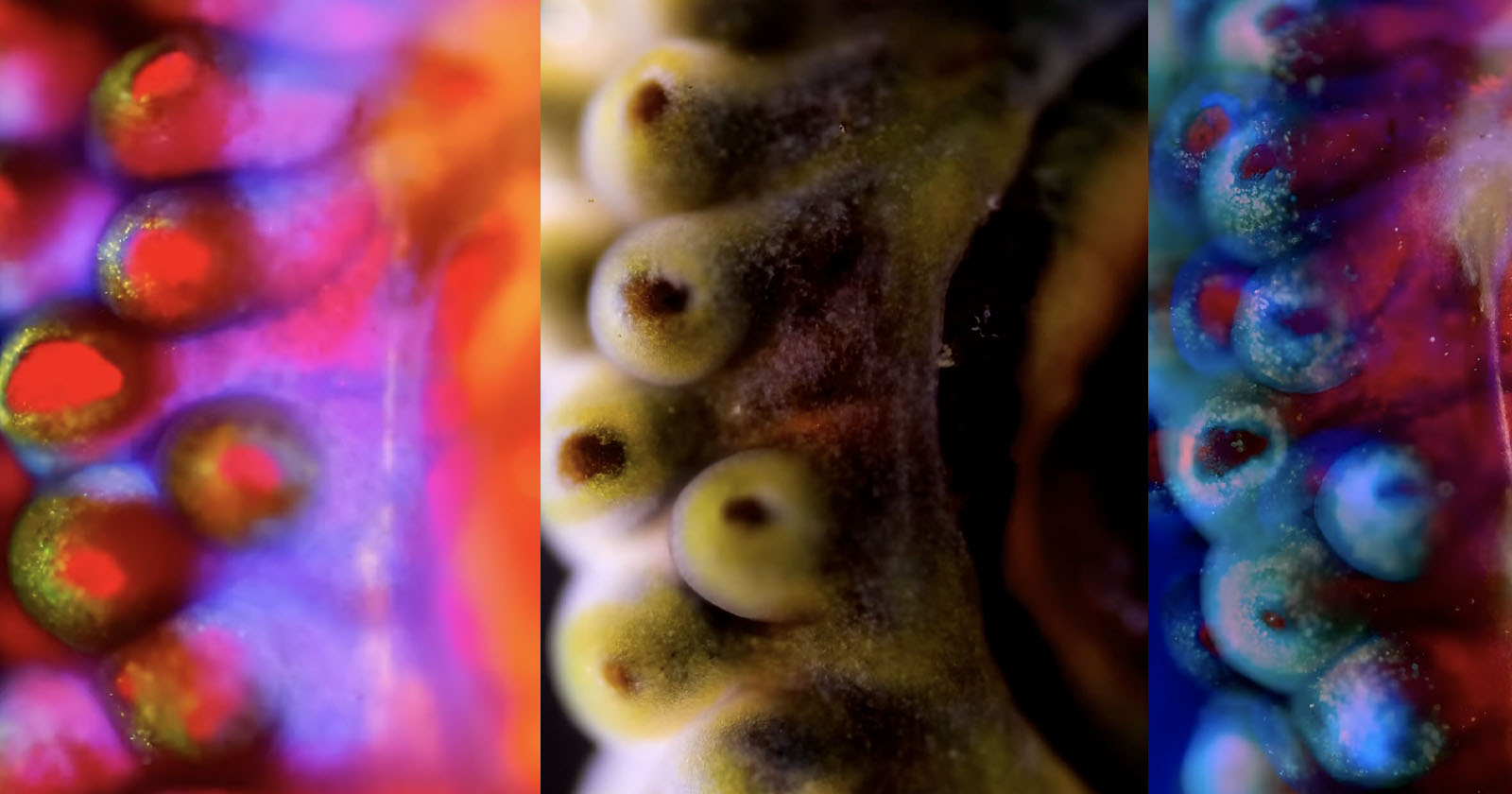 Recent footage of coral inspected under a microscope reveals not only gorgeous colors but also what are known as dinoflagellates, which have a fascinating symbiotic relationship with coral.

James Weiss of the YouTube channel Journey to the Microcosmos was given the opportunity to inspect coral under a microscope. That task in itself was difficult as coral doesn’t fit very easily under a microscope, but after taking slices of the creature, he was treated to footage of what are called dinoflagellates as they spilled out onto the surface.

Dinoflagellates are a monophyletic group of single-celled eukaryote organisms that are usually classified as a type of algae. These particular dinoflagellates are known as zooxanthellae because they live in a symbiotic relationship with creatures like coral.

They are referred to as creatures because while coral looks like a plant because of the form they take, they are actually animals, members of the phylum Cnidaria which makes them relatives to creatures like the hydra and sea anemone.

The footage shown by Journey to the Microcosmos explains that corals have an intricate relationship with zooxanthellae.

“The zooxanthellae live their algae lives within the coral, absorbing light and photosynthesizing it into nutrients,” Weiss explains. “But those nutrients aren’t really for them. About 90% of what the zooxanthellae makes gets senet to the coral instead.”

That tradeoff might not seem particularly fair, but the coral puts those nutrients to good use.

It’s also thanks to the zooxanthellae that coral appears as colorful as it does in a healthy reef. But it’s a delicate relationship, and if the water becomes too warm or is polluted, the coral expels the zooxanthellae and as a result becomes white — this is known as coral bleaching.

How to Make a DIY Omega Contrast Filter Holder

Street Photography of London During the Funeral of Queen Elizabeth II

An Open Letter to the Photography Industry