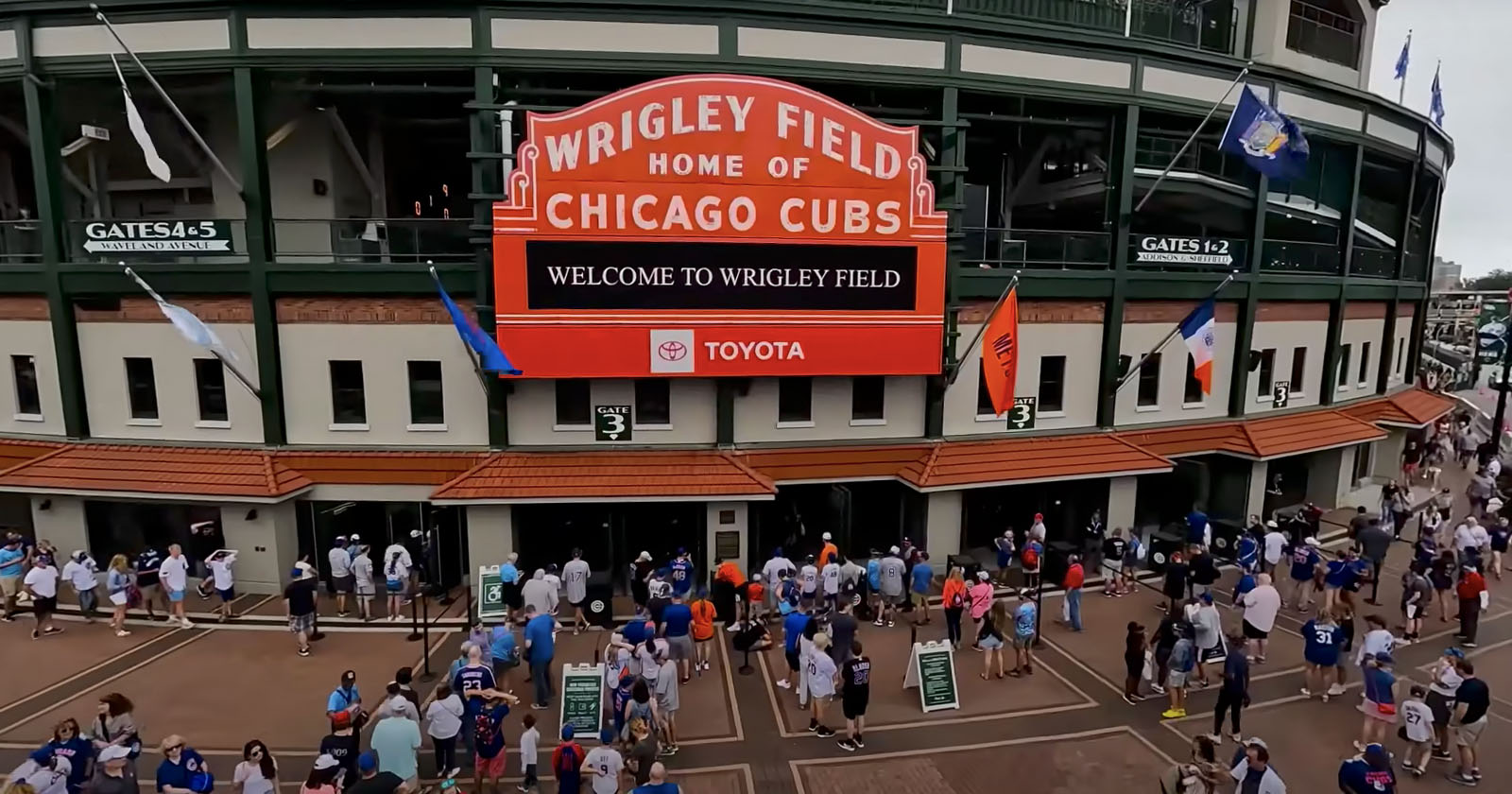 The video weaves in between and around the 108-year-old stadium that is housed in Illinois, taking in the famous red sign at the front of the stadium to the ivy walls that mark the perimeter of the field.

The perfectly choreographed, four-minute clip begins above the CTA Red Line. It then moves through Murphy’s Bleachers and continues to follow Seiya Suzuki out to the ballpark.

The video, which marks the end of the Cubs’ season, makes use of sound capturing the atmosphere of the stadium perfectly as the viewers go from the pre-match buzz to the roar of the crowd just before game time.

Sky Candy Studios is the company behind the awesome video that uses RED Scarlet cameras attached to a DJI Matrice 600 Pro.

The park was built in 1914 and was originally named Weegham Park before the Cubs made it their home. In the 1920s, it was renamed Wrigley Field in 1927 after chewing gum magnate William Wrigley Jr. acquired the Chicago baseball team.

Wrigley Field was home to Babe Ruth’s famous “called shot” in 1932. Batting for the New York Yankees and facing a hostile Chicago crowd, Ruth indicated he was about to hit the next pitched ball past the flagpole. This was the beginning of his legend.

Wrigley Field is nicknamed “The Friendly Confines” and is the oldest park in the National League and second-oldest in the majors after Fenway Park, home to the Boston Red Sox.

The Cubs have had a disappointing 2022 season and were unable to land a postseason spot, but the team has at least ended on a strong note with wins over the Phillies.

Drone tours such as the one above have become increasingly popular. Jay Christensen, a Minnesotan-based photographer captured the tale of a bowling alley using an FPV drone.

Meanwhile, viewers were taken on tours of Etihad Stadium by other sporting sides like Manchester City in the English Premier League.

Tesla has also gotten in on the act with an FPV drone video through its massive gigafactory in Berlin.