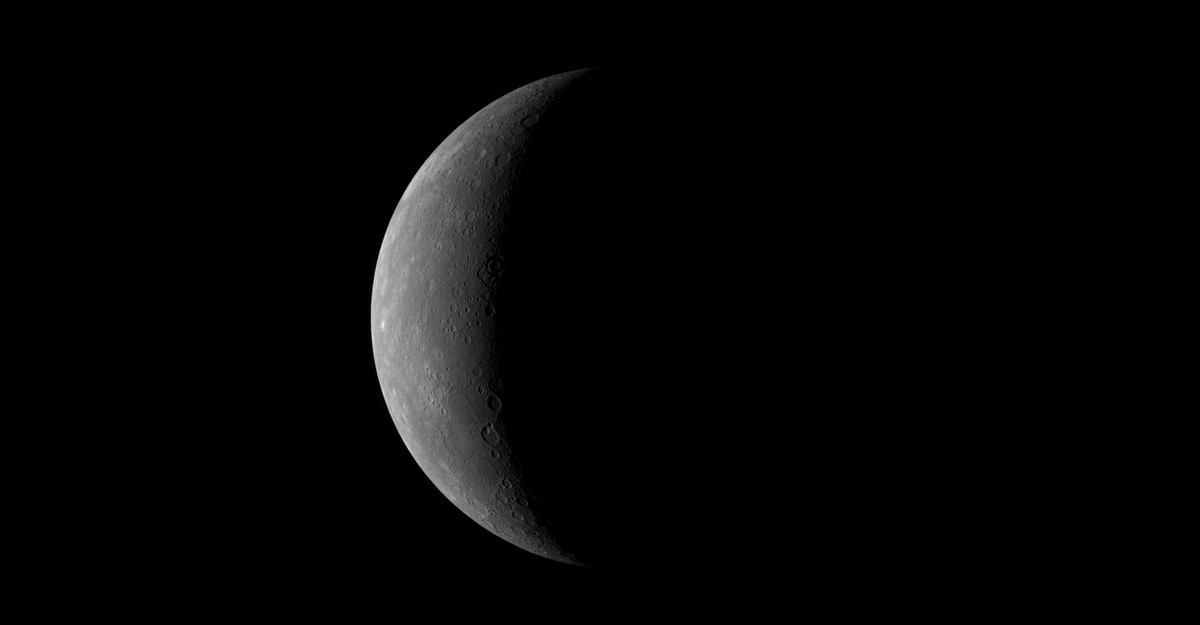 You’ve probably heard some version of the line, usually delivered with a sigh. Somebody is going through a bad day. They might be in an unusual mood. Or nothing seems to be going right, despite their best efforts. And they’ve laid the blame on Mercury, the smallest planet in our solar system, nearest to the sun. Everything is Mercury’s fault. The darn thing is in retrograde. It’s becoming ..

The idea that planets can influence people’s lives is a core principle of astrology, a practice of divining meaning from the cosmos that has been around for thousands of years, in various incarnations. The belief that Mercury, in particular, can have some prickly effects is a fairly recent development, starting around the 1980s, according to a recent Harper’s Bazaar deep dive on the topic. And it achieved its modern-day, meme-like quality in the past decade, a story that involves, of all things, Taylor Swift complaining about Mercury’s supposed astrological chaos in an MTV clip from 2014.

Astrology is not a science. However, “Mercury retrograde” is a real phenomena , that can only be explained by those who think about Mercury a lot, but unlike astrologers would never blame the planet for making their keys forget: planetary scientists. Mercury in retrograde doesn’t mean there’s anything funky happening with the planet’s actual orbit; it’s all about the way it appears to us in the sky, as a tiny white dot in the dusky hours after sunset and before sunrise, says David Rothery, a planetary scientist at the Open University, in England. Mercury is most often moving east to west relative to stars in the night skies. However, this steady progression can change several times a year and Mercury moves from east to west.

The reason has to do with the relative positions of Mercury and Earth around the sun. Mercury orbits closer to the sun than Earth does, which means the small planet travels much faster around the star, circling it in just 88 Earth days to our 365. This speed means Mercury sometimes laps Earth as it circles the sun. Rothery explained to me that this happens occasionally. When that happens, the tiny dot of white in the sky seems to reverse its course, and slowly move in the other direction each night. Eventually Earth catches up, and Mercury appears to switch direction again, becoming “prograde.” This phenomenon occurs about three or four times a year, and lasts about three weeks.

So, though Mercury retrograde is a thing, it is an optical illusion. All the action happens from our vantage point here on Earth. Such a visual trick even occurs on the surface of Mercury itself, with a different celestial object. “There are times when the sun actually moves backward as viewed from Mercury’s surface,” Nancy Chabot, a planetary scientist at Johns Hopkins University Applied Physics Laboratory, told me. Trippy!

Although Mercury seems to be shifting from our view, the planet is actually just chilling and following its normal path around the sun. If Mercury actually stopped and started moving backwards in its orbit, we’d have a lot more to unpack than the missed emails and commuting delays astrologers warn about. And Mercury, of course, has no bearing on the daily goings-on of humans. Neither does any other planet. So I feel an irrational impulse to defend Mercury, which has drawn the short stick in this context.

Mercury is already one of the most overlooked planets in our solar system. all rovers .Mars gets Jupiter enjoys glossy photo shoots. Venus is at the center of a dramatic maybe-it’s-aliens-maybe-not debate. Even Uranus is getting a lot of attention recently. Mercury doesn’t have any moons or rings. Pluto even has rings What does Mercury receive? Groans and eye-rolls from people who, as the writer Jo Livingstone wrote in Harper’s Bazaar, “may well know more about Mercury as an astrological entity than a physical planet.” To paraphrase Taylor Swift, I think Mercury would very much like to be excluded from this narrative.

“So far as I’m concerned, the only bearing this has on events on Earth is that for most of the time when Mercury is ‘in retrograde,’ it is so close to the sun in the sky that radio communication with a spacecraft at Mercury is compromised by interference with the signal,” Rothery said. He said that astrological speculation is not something he noticed. Those who are interested should search the night sky for Mercury or view photos from space missions showing “how fascinating it is.” Mercury’s craters have the highest number of planets in the solar system. And it’s actually shrinking, very slowly over billions of years, its crust cracking and crunching as it shrivels.

Mercury’s retrograde phase can affect Chabot’s mood, but not for the reason astrologers might think. Whenever Chabot spots a headline about Mercury being an astrological menace, she checks whether the picture in the story came from MESSENGER, a NASA spacecraft that orbited the planet from 2011 to 2015. (The mission’s name stands for “Mercury Surface, Space Environment, Geochemistry and Ranging.” NASA loves its acronyms.) Chabot who was involved in the mission said that Mercury being in retrograde several times a years means she gets to see the MESSENGER imagery used in stories multiple time a year which makes her happy. She gets bummed when the astrology posts use pictures from NASA’s Mariner 10 spacecraft instead. That mission, from the 1970s, captured less than half of the planet’s surface. It wasn’t until MESSENGER that humankind could see the planet in its entirety–every crater and crevice on its sun-baked terrain, and the hardened ash that meant the planet once crackled with volcanoes.

The MESSENGER mission ended when the spacecraft ran out of the propellant necessary to remain in orbit and crashed into Mercury’s surface. The latest mission dedicated to Mercury, led by the European Space Agency and JAXA, the space agency of Japan, departed Earth in 2018. The spacecraft is still on its way, relying on a series of flybys past Mercury and Venus to steer toward its target. The BepiColombo mission, named for the 20th-century Italian mathematician who did the calculations for Mercury flybys, will nestle into orbit around Mercury in late 2025.

Mercury will change its act in the optical illusion of the sky by the middle of next week and move out of retrograde. In late June, BepiColombo will make its latest flyby, zooming within just 124 miles (200 kilometers) of the planet’s surface. It will take stunning photographs of the richly-textured, astrologically misunderstood planet as it moves. The computer will not be able to find evidence that your day is going crazy. The answer to that is much closer to home.