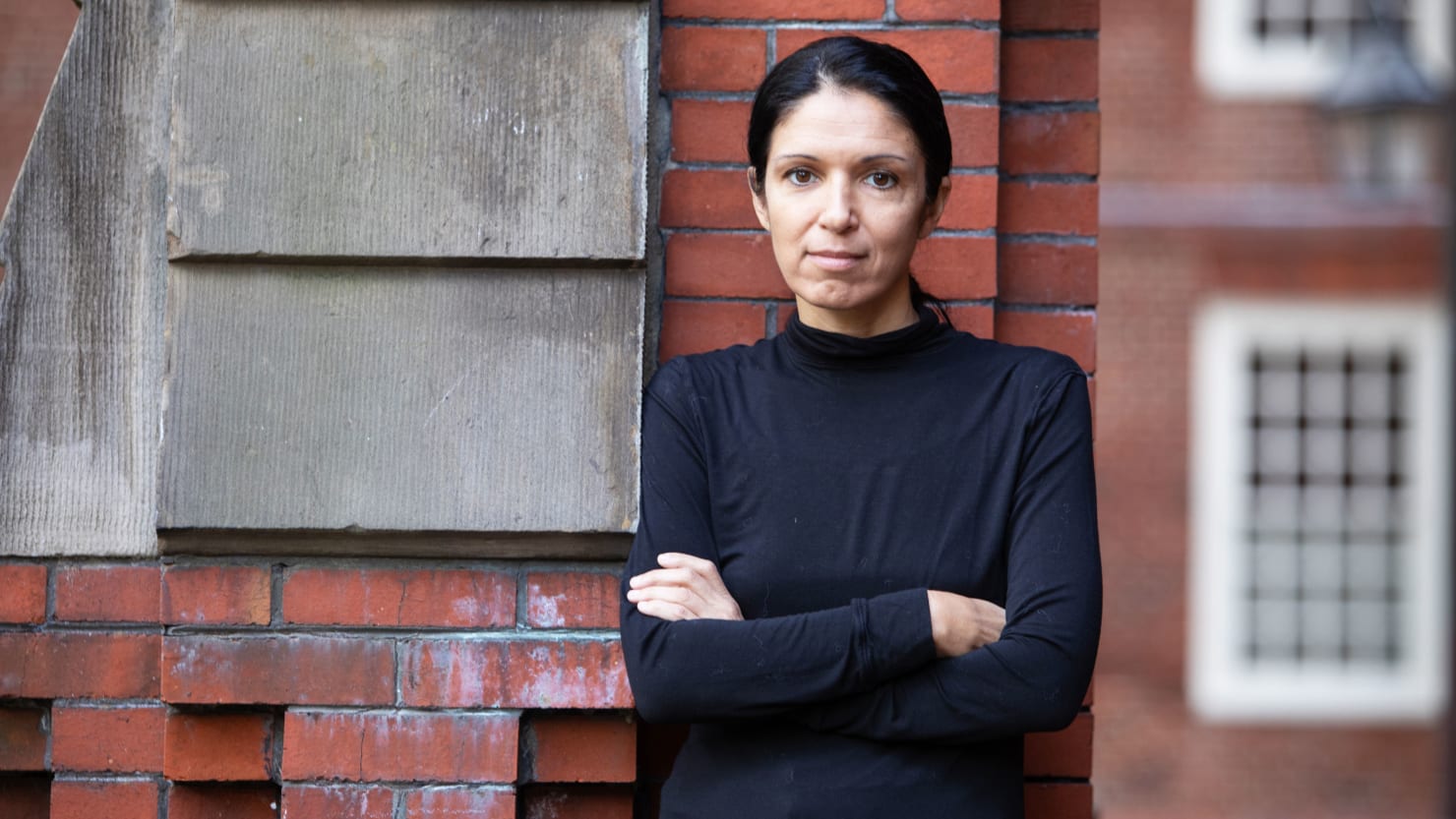 In 2005, Marcella Alsan earned a master’s in public health from Harvard as well as a medical degree from Loyola University. Soon after graduating from Harvard, she moved to Tijuana to teach at an orphanage. She ended up providing physical therapy to a young boy with hydrocephalus, a condition where fluid builds up in the brain. The boys would lift the boy off of the ground, move his arms and legs, then sing and dance to him. As a newborn, the boy was unable to get a shunt that would have relieved fluid buildup. As a result, he was now suffering from brain damage that left him bedridden.

” The contrast at the border is so stark,” Alsan explained to The Daily Beast. “I think it motivated some of my work on health inequality.”

Years later in late 2021, Alsan, now a professor of public policy at Harvard, would be recognized for her timely research on how the legacies of discrimination had perpetuated racial disparities in health care and health outcomes in ways we are only now starting to see discussed in the public forum. She was among 25 Americans selected for the very prestigious MacArthur Fellowship, which awards people $625,000 over the course of five years to pursue creative endeavors and influential work that is geared toward “building a more just, verdant, and peaceful world.”

Alsan’s work these days is in analyzing health care trends through the lens of what she calls “the economics of the downtrodden.” It’s quite a unique landing point for someone who used to work as a practicing physician, and who later on pivoted into economics.

After getting her master’s from Harvard, Alsan first hoped to work with Doctors Without Borders, as she had “always wanted to work on health care for indigent populations,” she recalled. Her experience in the field inspired her to examine the economics behind health care. When she visited Ecuador in 2004, she noticed a shortage of insulin due to cutbacks on health and education budgets.

“What motivated me [to pursue economics] is thinking about poverty and the root causes of unequal distribution of disease and medicine.”

She tackled her dual passions concurrently, securing her PhD in economics at Harvard in 2012, and earning an Infectious Disease Fellowship at Mass General Brigham in 2013. The fellowship in particular aims to train leaders in the field of infectious diseases who ensure diversity, equity and inclusion remain on the front burner of their careers.

Her work has taken her beyond simply researching the causes of disparities in health care to pursuing solutions. Black Americans have the lowest average life expectancy of all major groups in America, including black men. In her well-known 2019 paper published in the American Economic Review, Alsan and her research team outline a double-blind study they ran in Oakland, California to test out one strategy to reverse this disparity.

In Oakland, the team opened up a pop-up health clinic, recruiting Black men from nearby barber shops to be patients and hiring 14 doctors, half of them Black, half of them white. Patients were randomly assigned to each doctor for individual consultations every Saturday in an experiment that lasted 11 weeks. Researchers observed how patients advocated for themselves, including getting flu shots or checking their blood pressure.

The study found that Black patients were much more likely to opt for every preventative service available, particularly invasive services such as drawing blood for cholesterol readings, after meeting with a doctor. Alsan also concluded that consultation from a trusted medical source could possibly increase life expectancy for a Black man by as much as 1. 5 years.

“While I wasn’t completely shocked by the results, it was pretty surprising to me just how unambiguous they were,” said Alsan.Unfortunately, Black Americans make up 13 percent of the U.S. population, but only 4 percent of all U.S. physicians.

” We need to expand opportunities for those from low-income and non-traditional backgrounds,” stated Alsan. Medical school can be very costly. The application process is lengthy and requires students to take mandatory courses. We could lower the cost of tuition and provide much more advising and coursework for people who might not have had exposure to these careers.”

Alex Ortega, the director of the Center for Population Health and Community Impact at Drexel University, lauded the 2019 study results. He told The Daily Beast Alsan’s work echoes similar research he’s read on “how care improved when minority populations were matched with providers of the same race.”

But he would like this issue to be addressed beyond simply diversifying the health care workforce. “More needs to be done to bring equity into health care,” he said, “and we need major reform in health care to make that happen.”

Seeing that inequity play out in another area of health care research is core to one of Alsan’s next projects. Alsan stated that historically, Black patients were underrepresented in clinical trials compared with the U.S. or burden of disease. In a working paper that has yet to be circulated, Alsan and a team of others from Stanford and Harvard studied how doctors interpret clinical trials for medications that vary in the share of Black patients enrolled.

They discovered that doctors are more likely to recommend the medication to patients who have enrolled in clinical trials for medications.

Visiting a doctor of the same race has an enormous impact on health care treatment for Black patients. As noted by Ryan Huerto, a family physician and lecturer at the University of Michigan, “Mounting evidence suggests when physicians and patients share the same race or ethnicity, this improves time spent together, medication adherence, shared decision-making, wait times for treatment, cholesterol screening, patient understanding of cancer risk, and patient perceptions of treatment decisions.”

Running parallel to this conclusion was another intriguing result: When Black patients were exposed to a drug trial that had a more representative share of Black participants, they viewed the drug more favourably than if there were very few Black participants. That means they could potentially be less skeptical about how that drug may work for them. When you see yourself represented in health care, you don’t feel on the outside looking in, wondering if a medication will actually work for someone of your background. Alsan stated that patients’ perceptions of the effectiveness of drugs are affected by how they see themselves represented in trials.

Inmates are often sicker than age-matched controls, with higher rates of diabetes, hypertension, asthma, and HIV, Aslan noted. In a 2009 study, around 44 percent of jail inmates reported having or once having cancer, hypertension, heart disease, kidney disease, liver disease, or other chronic conditions–compared to 27 percent of the general population. Alsan, along with Harvard law professor Crystal Young, want to investigate how these disparities are occurring, and where the role of race and ethnicity situate in administering health care to jailed patients. Alsan’s efforts have been a bright spot in the light of recent public health reforms. Laura Scholl, the senior program officer for fellows at the MacArthur Foundation, told The Daily Beast Alsan was picked for the fellowship in great part because of her goal “to improve health outcomes for historically marginalized and mistreated populations. She is quantifying the need to diversify the medical profession in the starkest terms and demonstrating that physician workforce diversity is a key component of achieving better health outcomes for people of color.”

But can researchers like Alsan effectively study those disparities in health care interactions delivered by online video? Alsan’s research focuses on in-person doctor-patient relationships. But the rise of telehealth, especially after the COVID-19 pandemic, means a greater number of people are meeting with their doctors remotely. In a 2021 global consumer survey from digital testing firm Applause, 63 percent of respondents who had used telehealth in the past plan to boost their use of such services even after the pandemic ends.

How does Alsan view the rise of telehealth and virtual physician visits? “What keeps me up at night,” she said “is that early adopters–meaning those who can afford it will enjoy this exciting technology. The opportunities for equity are profound, since telemedicine means cutting down on transportation and parking fees a patient can incur.

“But,” she said, “what about those who can’t afford these services? This is trending to be an elite service, and I hope that will be addressed at some point.”

When Alsan looked back at early signs she would dive into health care work focused on racial and economic disparities, she remembered a song her mother used to sing to her as a child: “We are made for service, to care for each other. We are made to love each sister and brother.”

The post Marcella Alsan Is on a Quest to Reverse Racial Disparities in Health Care appeared first on The Daily Beast.

Meet a robot that could crawl through extraterrestrial caves