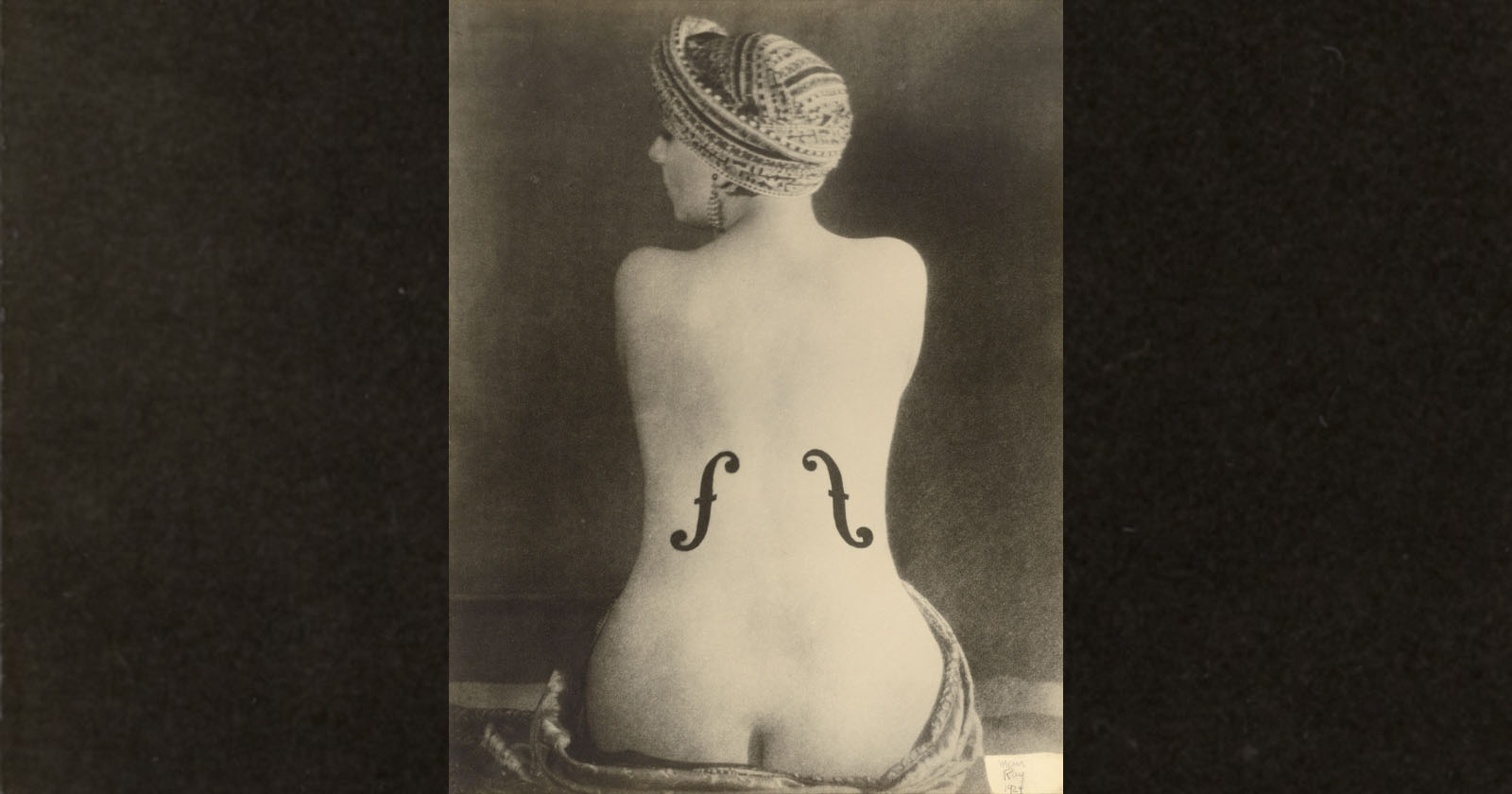 Man Ray’s Le Violon d’Ingres, an iconic photo of a nude woman, has sold for $12.4 million, making it the most expensive photograph ever sold at auction.

The piece was listed by Christie’s Auction House earlier this year with an asking price of at least $5 million. According to Art News, a drawn-out bidding period that lasted nearly 10 minutes saw the value of the photo skyrocket to more than double its original asking price. Two bidders, one located in New York and the other in Paris, went back on forth over the phone. The auction house estimated the photo would sell for $7 million, yet the $12.4 million final hammer price went far beyond that.

The iconic photo was taken in 1924 and depicts Kiki de Montparnasse, described as Man Ray’s muse, who is nude other than for the turban she wears on her head. Man Ray painted the f-holes of a stringed instrument (like a violin or a cello) on the print and then re-photographed it to create the final photo.

“He also added the title Le Violon d’Ingres, a French idiom that means ‘hobby,’” Getty describes. “The transformation of Kiki’s body into a musical instrument with the crude addition of a few brushstrokes makes this a humorous image, but her armless form is also disturbing to contemplate. The title seems to suggest that, while playing the violin was Ingres’s hobby, toying with Kiki was a pastime of Man Ray. The picture maintains a tension between objectification and appreciation of the female form.”

Le Violon d’Ingres was first published in a special June 1924 issue of Littérature, a struggling surrealist magazine that was launched in 1919 and shuttered after the final issue that Man Ray’s photo appeared in. In the century since the publication of Le Violon d’Ingres, the photo has become one of the most recognizable works of surrealist art.

The record-setting photo is considered to be an original photographic copy and was made around the time that the original negative was produced. This, combined with the artist and the iconic nature of the image, led to its astronomical sale price.

The $12.4 million that the photo fetched is nearly three times the price of the previous auction record that was set in 2011 when Andreas Gursky’s 1999 landscape photo Rhein II sold for $4.3 million. It also bypassed the previous record for a photo by Man Ray, which was an original edition of Noire et Blanche that sold for $3 million in 2017.