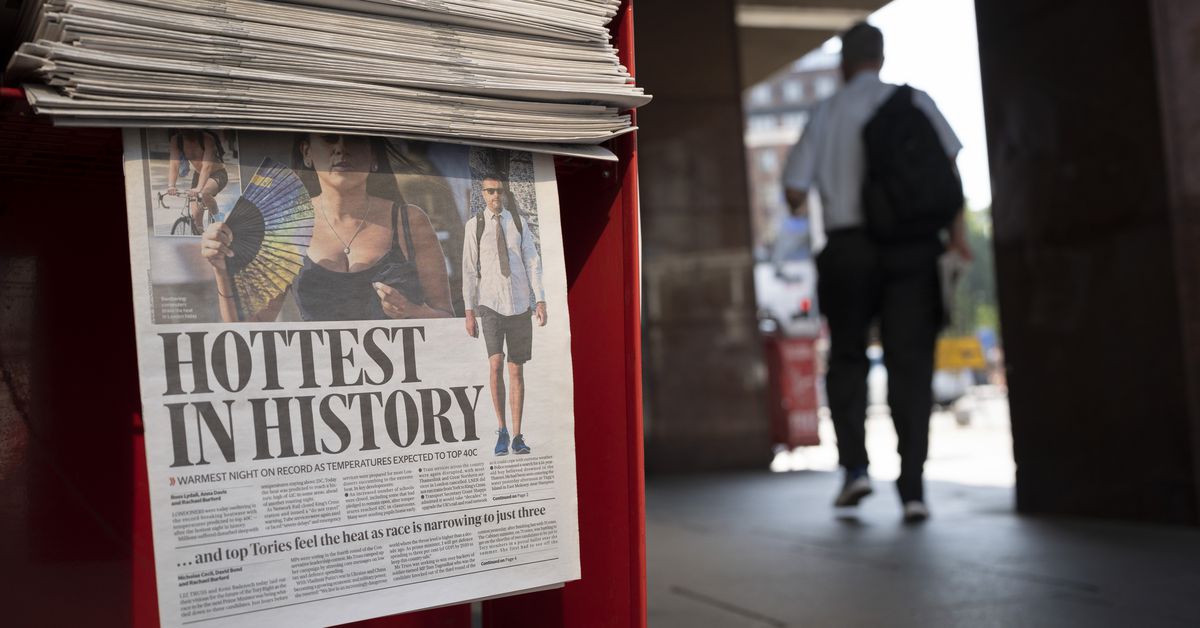 Last week, the UK reached its highest temperature on record — 40 degrees Celsius, or more than 104 degrees Fahrenheit. On July 20th, as the record-breaking “Red Extreme” heatwave continued to linger, a Bloomberg op-ed reports officials made the decision to pay a record price of PS9,724. 54 (about $11,685) per megawatt to ensure electricity for South London residents — about 5,000 percent higher than its usual average price of PS178 per megawatt hour.

But this time, BBC reported, the combination of the heatwave, a storm in Belgium affecting solar power output, and maintenance on overhead all played a part, forcing the National Grid’s Electricity System Operator (ESO) to make the higher-than-usual purchase to avoid blackouts. A spokesperson from the National Grid ESO said a specific circuit was needed to get the energy to the right place.

The power purchased at that rate was only enough to supply about eight households for a year, Bloomberg says, keeping the system stable over the course of an hour, and additional power was purchased at lower rates.

The Bloomberg op-ed argues that power from elsewhere in the country or even turning to offshore wind farms in Scotland should have been a solution. The system may be vulnerable because of the inability to upgrade its grid and the resistance to adding more equipment above ground. The worry is that next time, even high prices may not be enough, and as an inevitable side effect of a warming planet, residents could face blackouts in the future.

The post London paid a record price for electricity during its heatwave appeared first on The Verge.