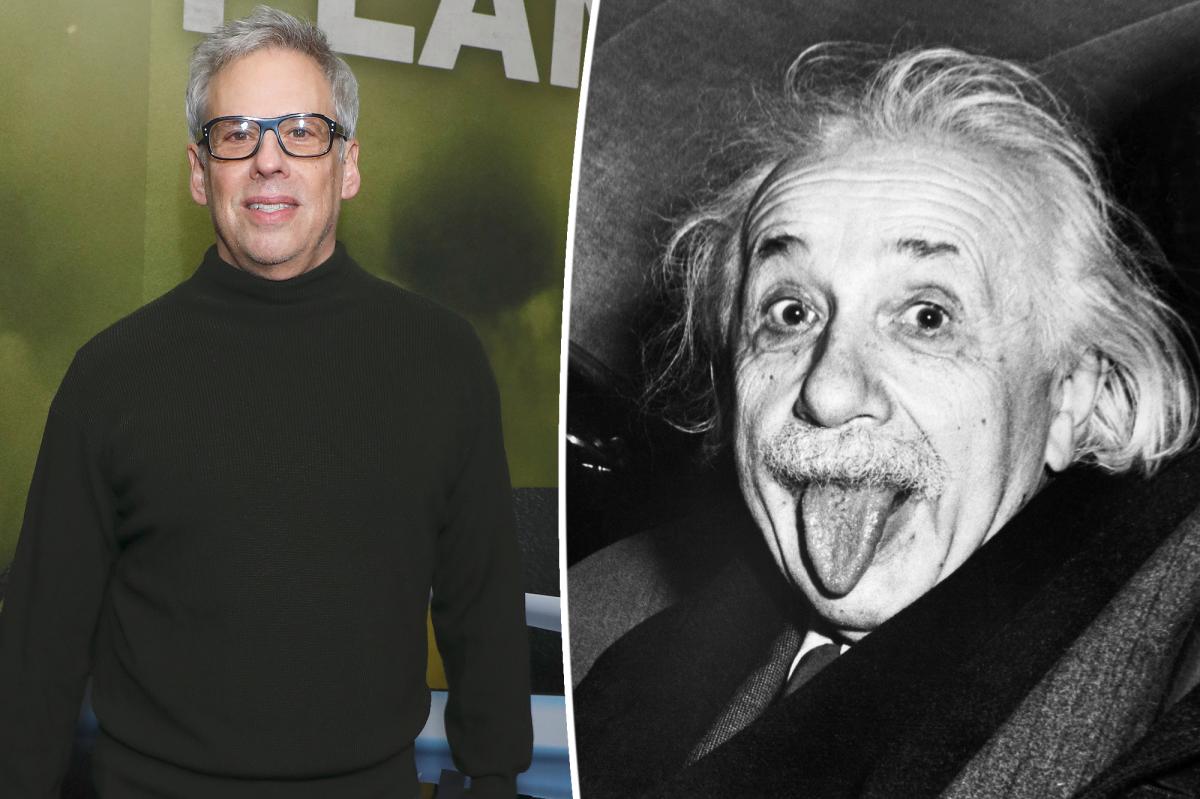 Veteran actor Josh Pais has a surprising connection to some of the world’s most renowned scientists.

Pais’ father was Dutch-born physicist, professor and writer Abraham Pais, who survived the Holocaust and went on to work with Nobel Prize-winning physicists Niels Bohr and Albert Einstein.

“He was hiding in Amsterdam (during WWII),” Pais told Page Six at the New York premiere of “Plane” earlier this week. “Like a block or two from Anne Frank.”

Abraham and three others were betrayed in March 1945, however, that same week, American troops had crossed the Rhine River and cut rail lines, making their transfer to a concentration camp impossible. The Gestapo (secret police Nazi Germany) interrogated him for one month before releasing him just days prior to the end.

“After the war, he went to Copenhagen and worked with Niels Bohr,” Pais explained, “and then from there, [physicist] Robert Oppenheimer invited him to the Institute for Advanced Studies in Princeton. And then, that’s where he worked with Einstein for 11 years.”

The “Law & Order” star, 64, says that he sadly never met the German-born physicist, but would see his image in family photo albums.

Pais remembers his late dad’s favorite memory of working with Einstein happened toward the end of the famed scientist’s life.

“Einstein had fallen somewhat ill and my dad went to see him,” he told us. “He opened his bedroom door and Einstein was in bed doing calculations. And then they hung out for about 20 minutes and just kind of chit-chatted.

” Then my father said good-bye, went back to his door, and Einstein looked back at him. And there’s something so beautiful about that.”

Pais says that physics has played a part in his life since he was young.

” To get my allowance I had to draw the parts of anatom. Like, my dad would draw that … I just grew up very much immersed in, you know, in that world,” he shared.

Pais, who grew up in New York in the late 60s and 70s, later put his childhood memories into a documentary titled, “7th Street,” which he wrote and directed.

“I grew up on 7th street between C and D,” he said, describing it as “super dangerous” and “a war zone.”

“It was just heroin and acid were the drugs that were there when I was a kid,” he explained. People would jump from buildings and take acid to make them feel flying.

“I’d come out of my apartment in the morning, and people would be ODed on the stoop, and it was like, not a heroic act at all, but you would just kind of pick them up, put them — an arm, you know, over your shoulder, slap them a couple of times and walk them up and down the street and this was just a normal occurrence.”