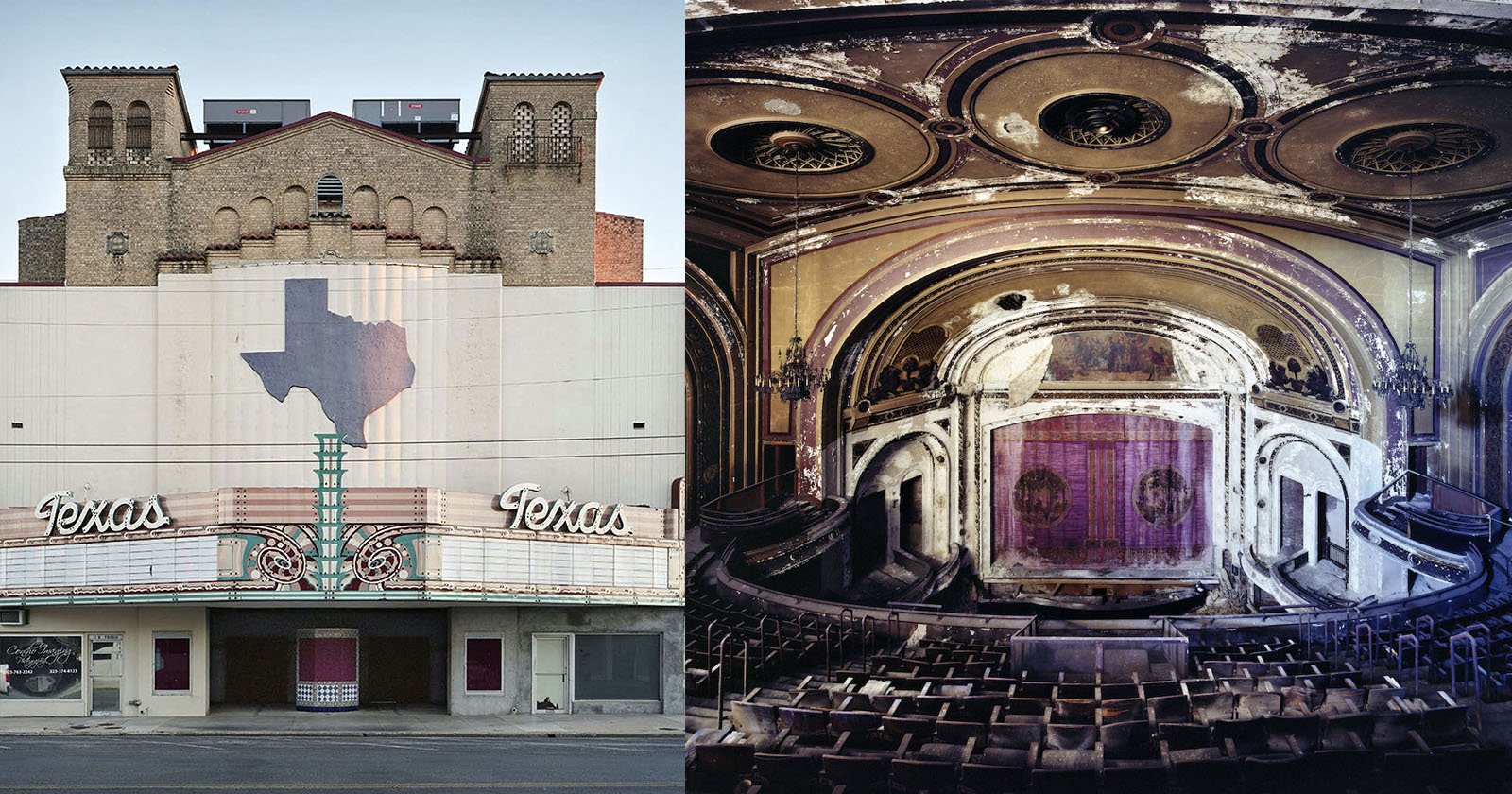 These incredible photos, captured on a large format camera, shines a light on the decay and dereliction of movie theaters in the United States.

Once thriving movie palaces have been captured in their current empty, abandoned form by pioneering photographers Yves Marchand and Romain Meffre.

The Paris-natives traveled the length and width of the U.S. to visit former movie theaters such as the Paramount Theater in Brooklyn, New York, that has been converted into a gymnasium.

Long’s Theater in Pasadena, Texas is now a gun center, while State Theater is West Orange, New Jersey has become a bus depo.

The fascinating set of photographs have been collated into a new book, Movie Theaters, published by Prestel.

Acclaimed photography duo Marchand and Meffre has been traveling across the U.S. since 2005 and captured a rich diversity of architectural styles, from neo renaissance to neo-Gothic, art nouveau to Bauhaus, and neo-Byzantine to Jugendstill.

“They are in every American city and town, grandiose movie palaces, constructed during the heyday of the entertainment industry, that now stand abandoned, empty, decaying, or repurposed,” says Prestel.

“They have also stepped inside to capture the commonalities of a dying culture — crumbling plaster, rows of broken crushed-velvet seats, peeling paint, defunct equipment and abandoned concession stands — as well as their transformation into bingo halls, warehouses, fitness centers, flea markets, parking lots, and grocery stores.”

Marchand and Meffre use a large format forcing them to carefully consider each photo. According to the duo, it is “the fairest and the most motivating way of producing an image.”

Each image is discussed and agreed on before taking it, thus sealing the formation of their duo. The large format camera also allows for big prints to be made.

This project leads on from the duo’s previous creation The Ruins of Detroit which explored the famous abandoned buildings in Detroit.

The concept of movie places peaked in the 1920s when hundreds opened all across the United States, they were often opulent with Art Deco theaters becoming popular in the 1930s.

Movie Theaters is out now and available to purchase here. More of Marchand and Meffre’s work can be found on their website.

Image credits: All photos by Yves Marchand and Romain Meffre.