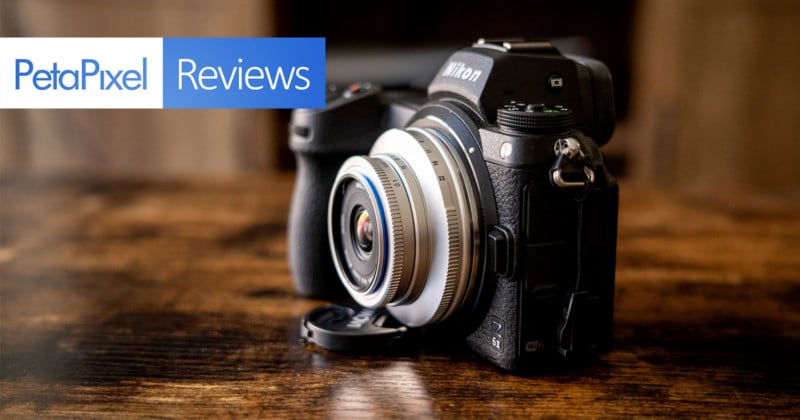 The best thing about this tiny lens is that it looks almost like a cap. Venus Optics is fond of finding niche lenses and creating improved versions at reasonable prices.

The lens is not the most wide-formatted on the market but it’s still small enough to be useful for walking and travel. Like many of the lenses from Venus Optics, the 10mm f/4 cookie features “zero-distortion” (or at least very, very little) and as such doesn’t need any lens profile digital corrections after the fact.

Like all the other Laowa lenses I’ve gotten hands-on with over the last few years, the 10mm f/4 lens is entirely manual; it has no electrical connections to the camera at all. Most cameras these days offer amazing focus peaking, which makes it simple to check if your focus is correct even without autofocus. 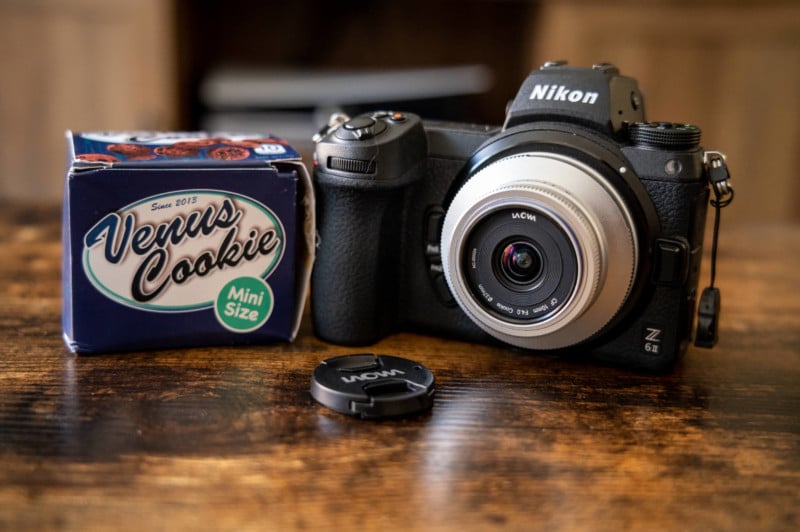 I’ll say it again, this lens is incredibly tiny and lightweight. When mounting on a Nikon Z camera (my Z6 and Z6 II for the purpose of this review, which I set to DX mode since this is an APS-C lens), it’s actually kind of hard to keep a solid grip on it due to its thinness, and I found myself basically rotating the aperture ring to its extreme in either direction when mounting and removing the lens. The downside is that the lens measures only one inch in length. This means you lose some control and accuracy when making adjustments to the aperture or focus. 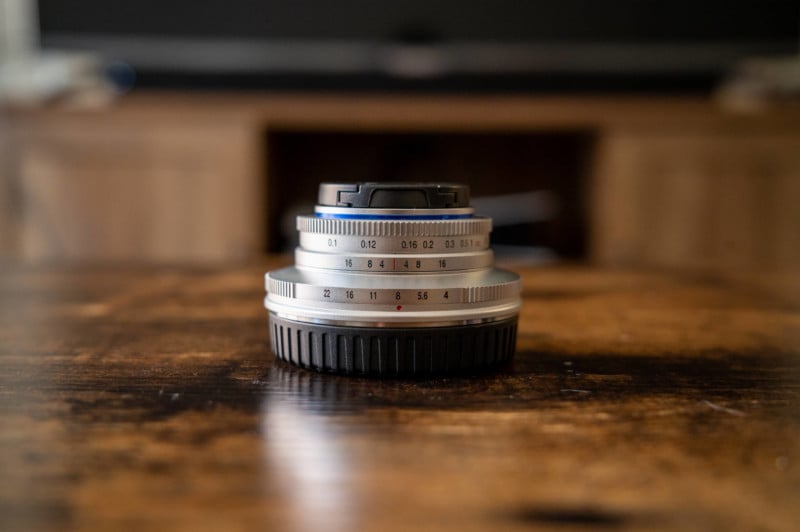 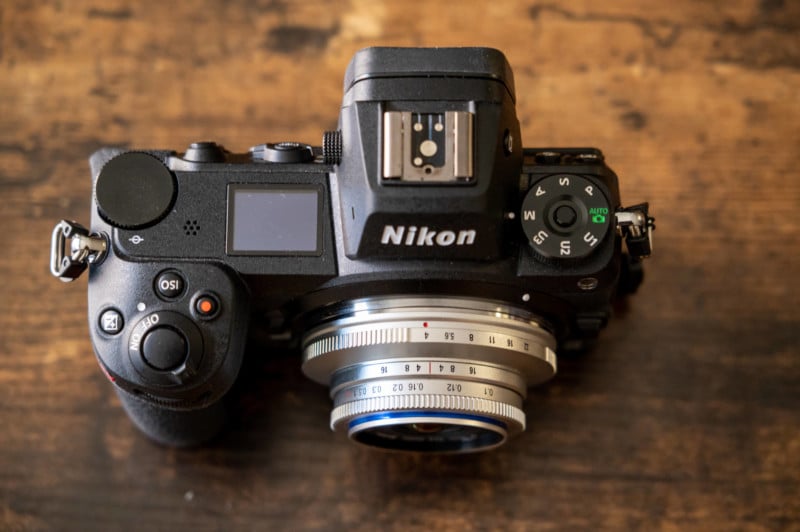 Speaking of which, the aperture and focus rings are quite nicely designed and feature a ridged grip for both rings, giving users a tactile response. For precise adjustments, the aperture ring can be clicked to allow for easy focus adjustment. I get that this cookie lens is small so there’s not a lot of room to work with, but the aperture ring is actually kind of awkward to make adjustments to when shooting as it is placed practically at the edge of the camera body.

The focus ring is very stable and allows you to adjust it easily. It also prevents any drift from being positioned at awkward angles. It is located at the front of the lens which makes it difficult to locate when using the viewfinder. When making adjustments, you often can see the back of your hands. Many of the images that I took with my lens were the first to show at most a portion of my hands in the frame.

It is also worth noting that the lens will telescope in and out a bit when you focus. The effect is minimal, but noticeable to those paying attention. 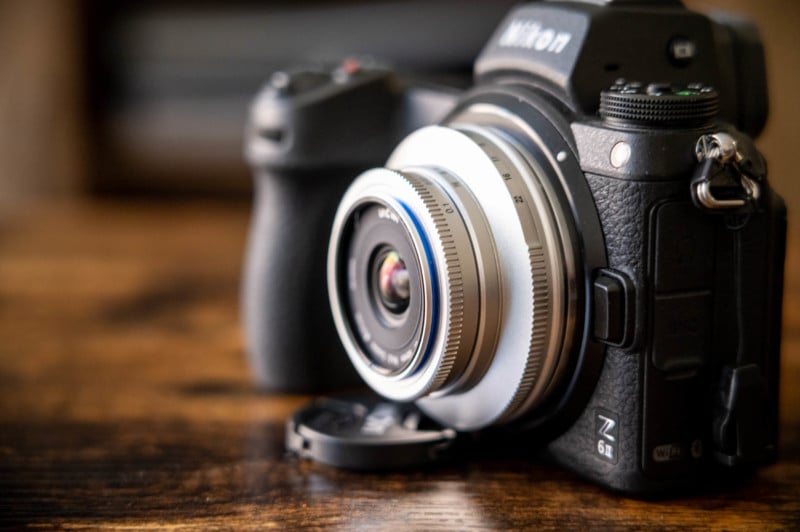 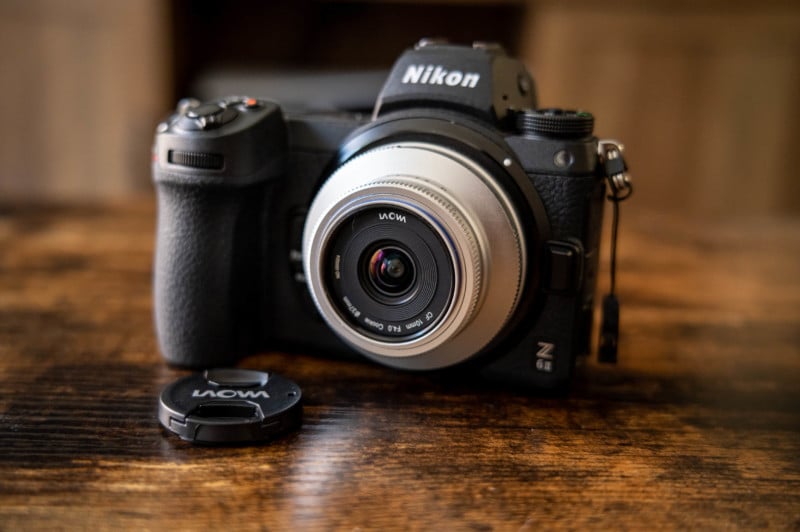 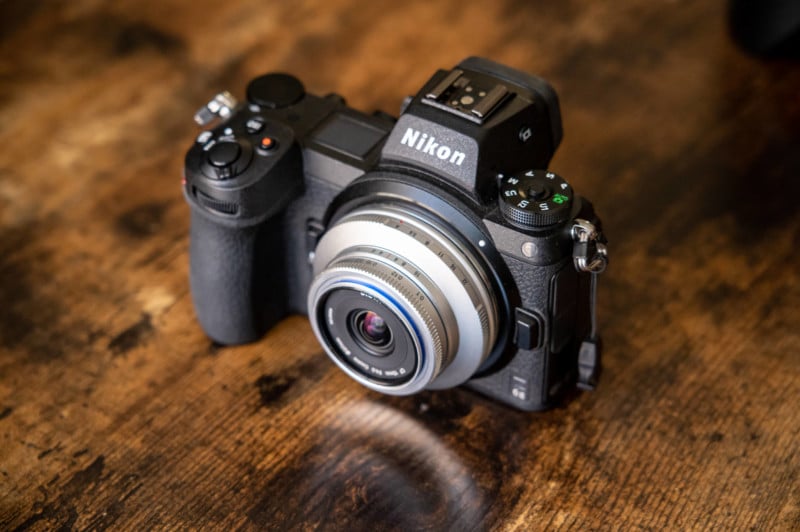 Overall, the lens is small, tough, and metallic with a smooth and attractive finish. It is a frustrating part of a lens which could have been great for traveling, but lacks weather and dust sealing. 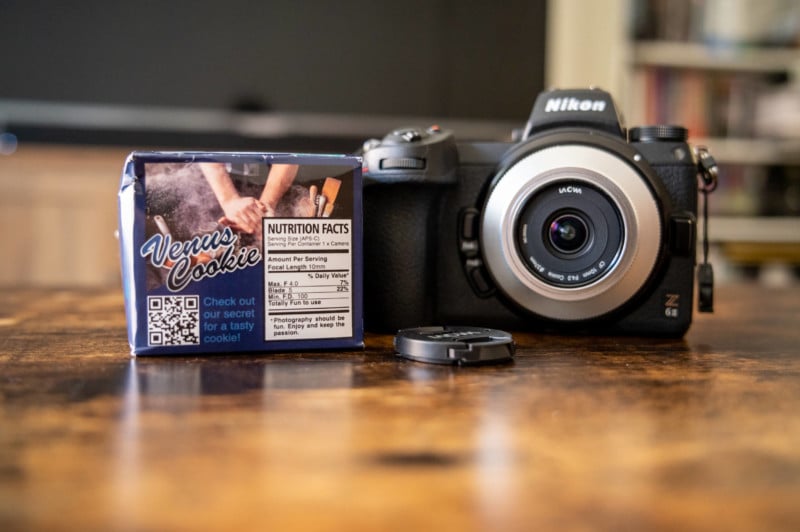 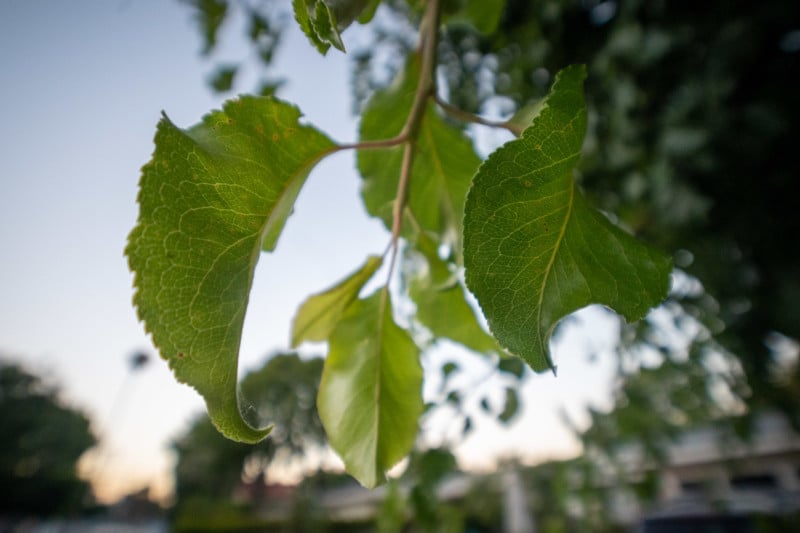 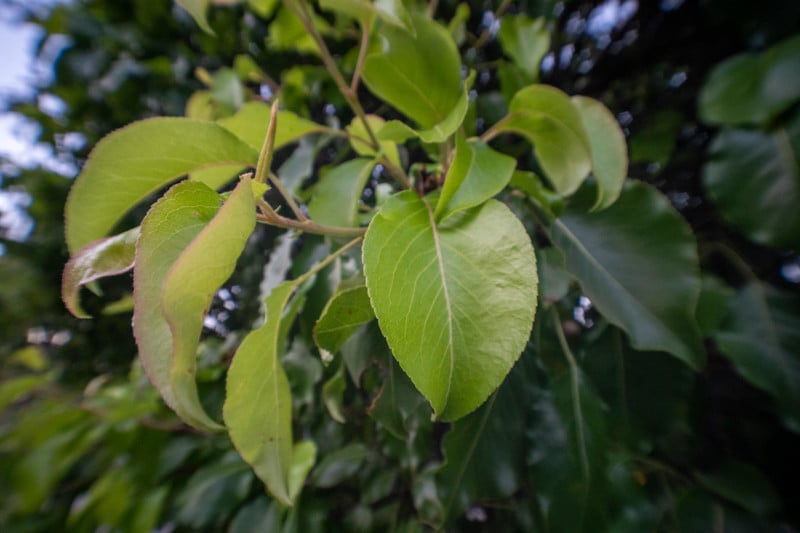 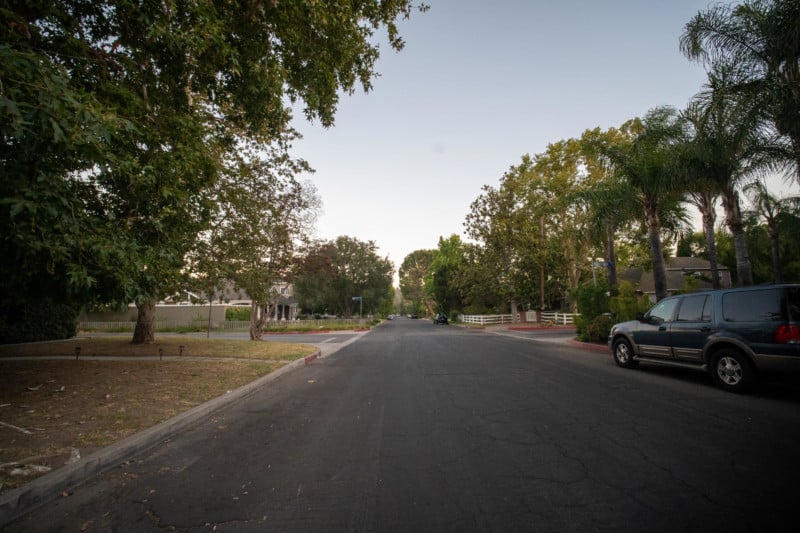 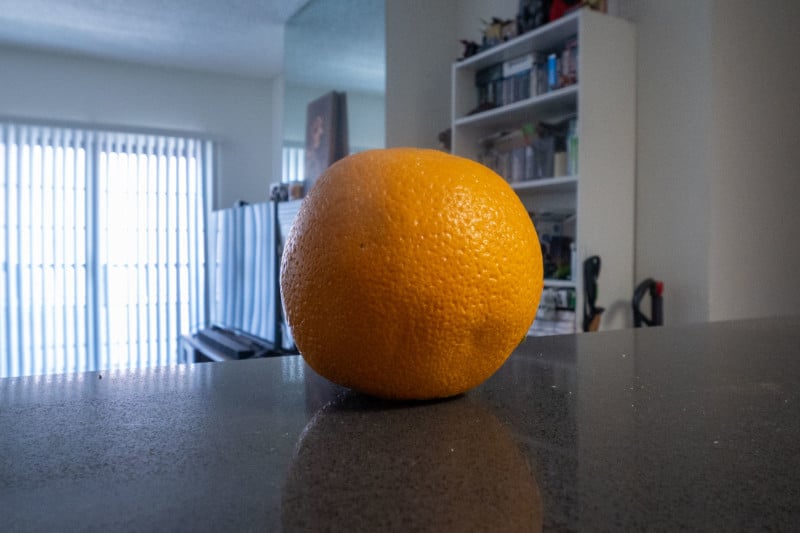 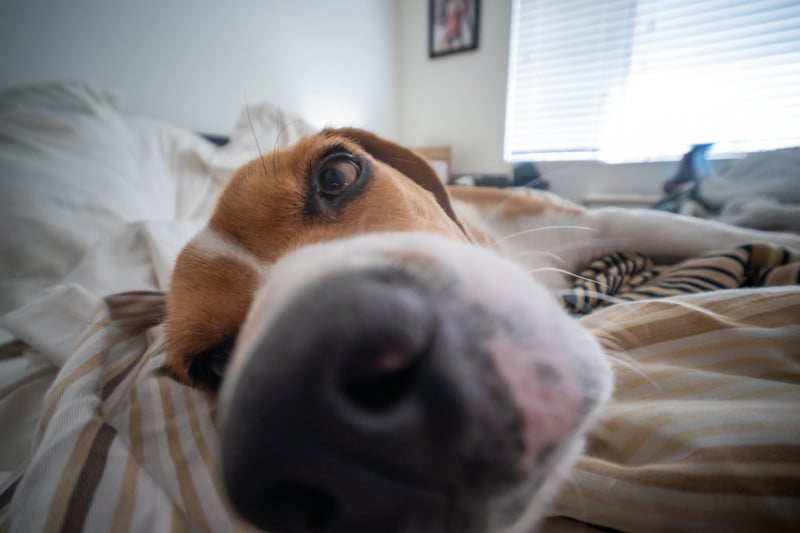 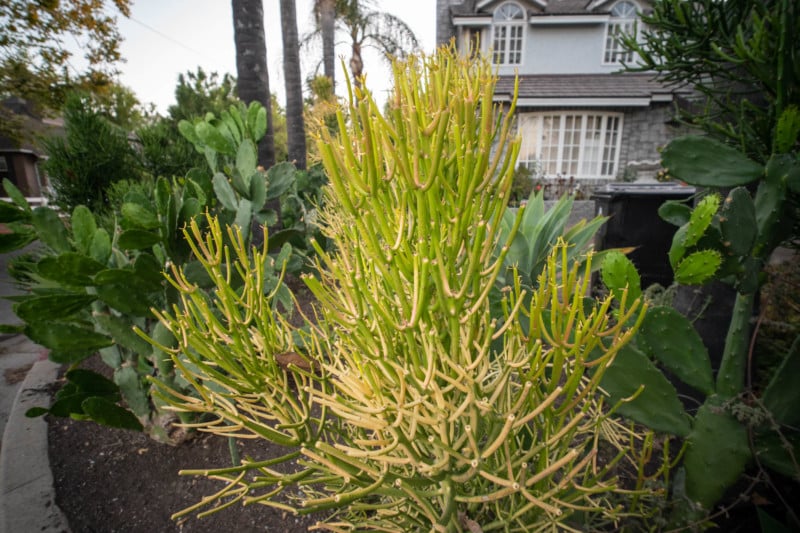 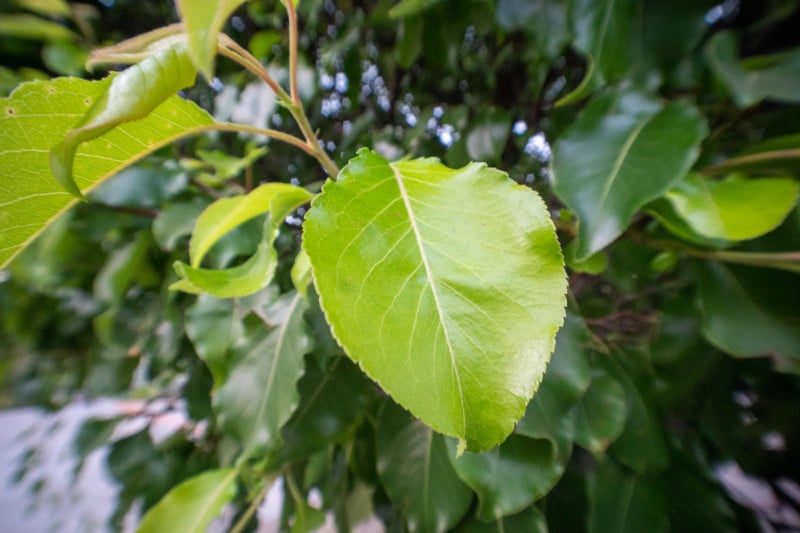 Much like the Petzval lenses, the center sharpness is incredibly good, but it starts to fall off as you get to the edges of the frame. The vignetting can be somewhat compensated for with some manual lens profile adjustments but it is still significantly noticeable when shooting at the lens’s widest aperture. The image quality, brightness, and vignetting stays rather consistent stepping down to f/11 from f/4, but at f/16 the images start to soften rather significantly on the edges as expected.

The field of view provided by the 10mm lens means adjusting focus manually when shooting video will be very problematic, as it will be next to impossible to avoid getting your fingers or hand in the frame while shooting. Additionally, at f/4 the ghosting and flaring is not that bad, but still present. The quality of your images will improve dramatically if you start to reduce the aperture. That means if you happen to be shooting in a very bright situation or with lots of light sources, you’ll want to avoid shooting at the widest f/4 aperture to reduce any instance of flares 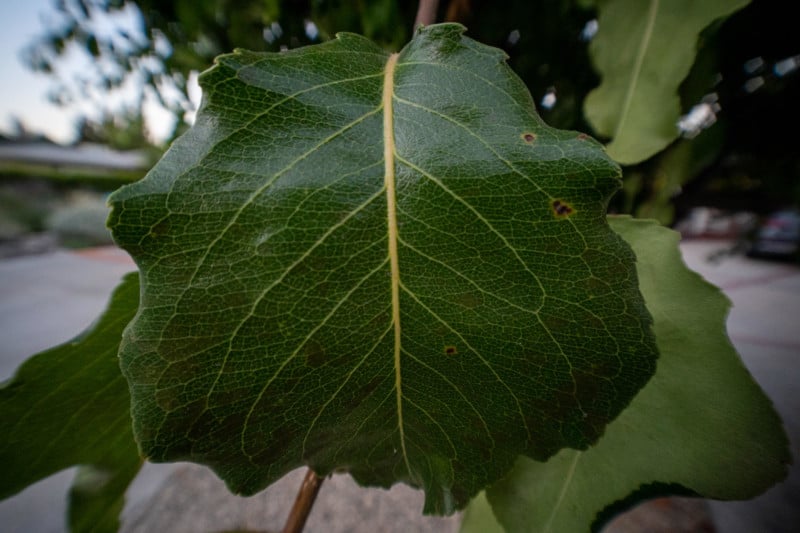 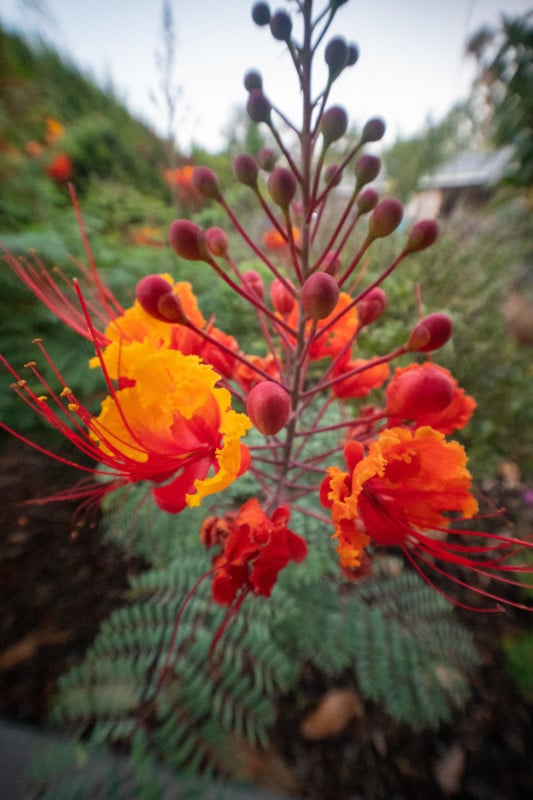 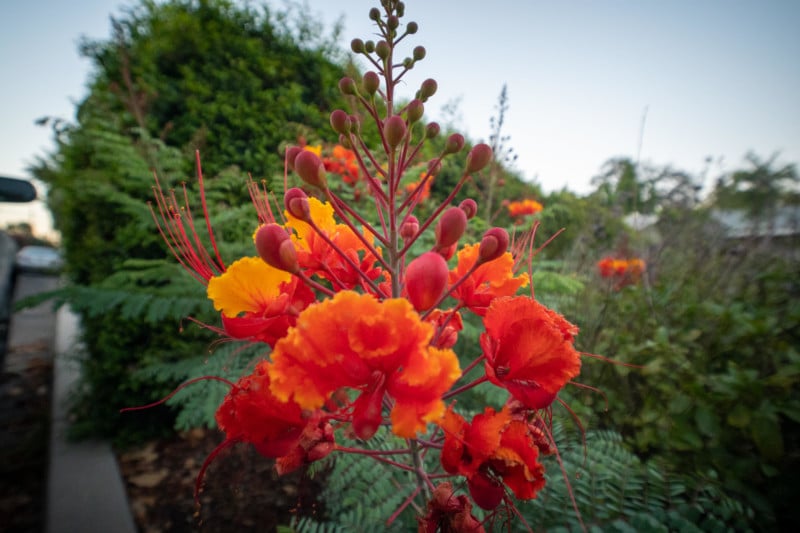 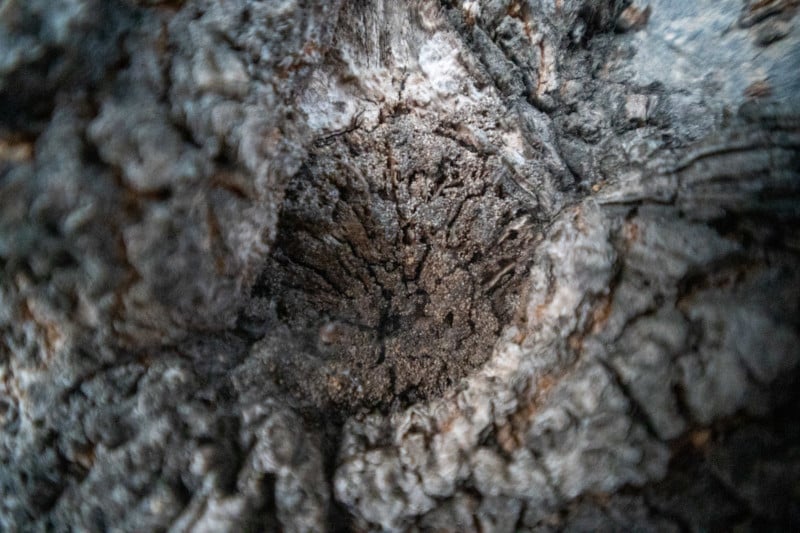 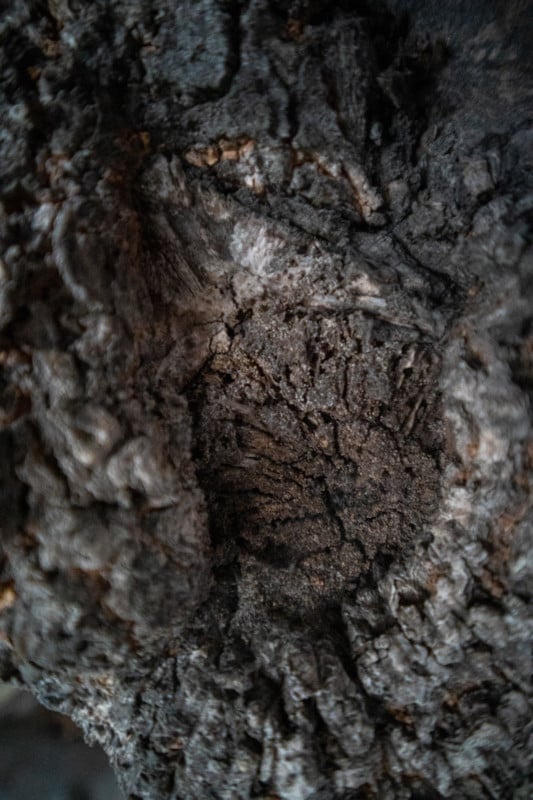 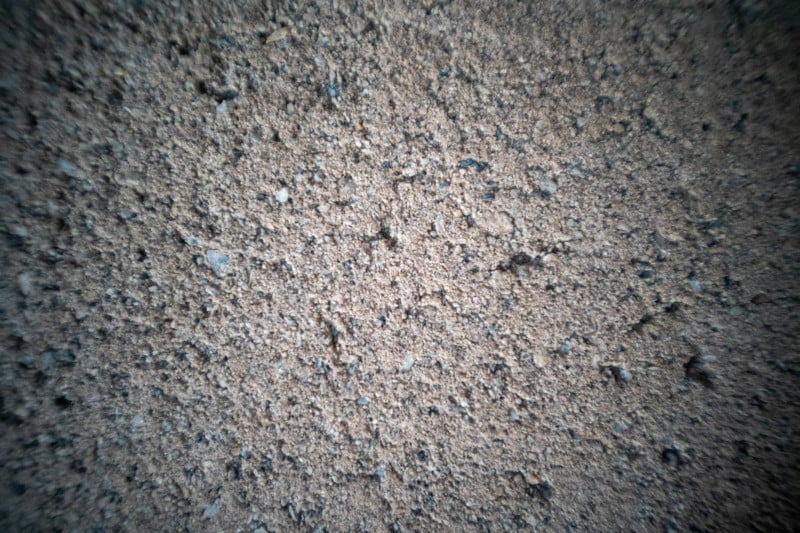 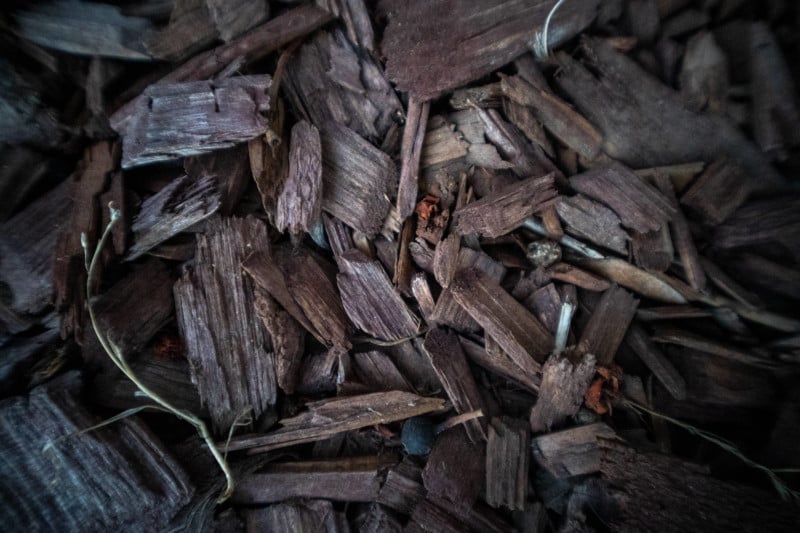 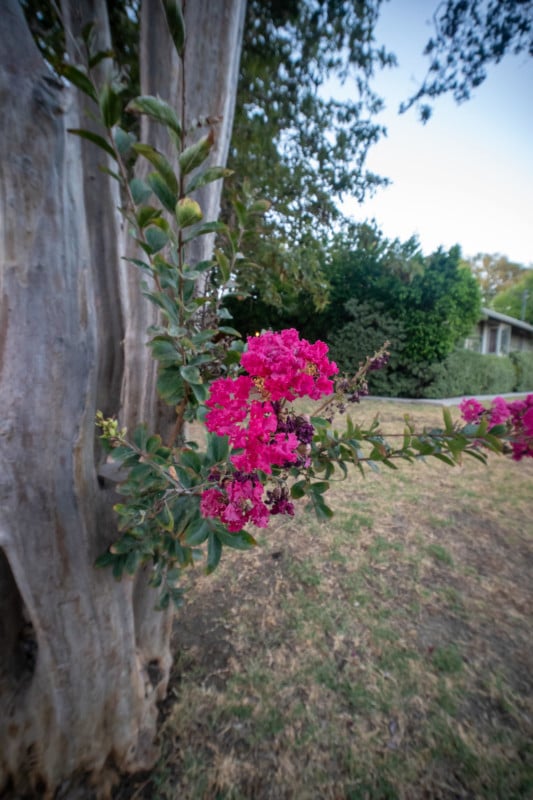 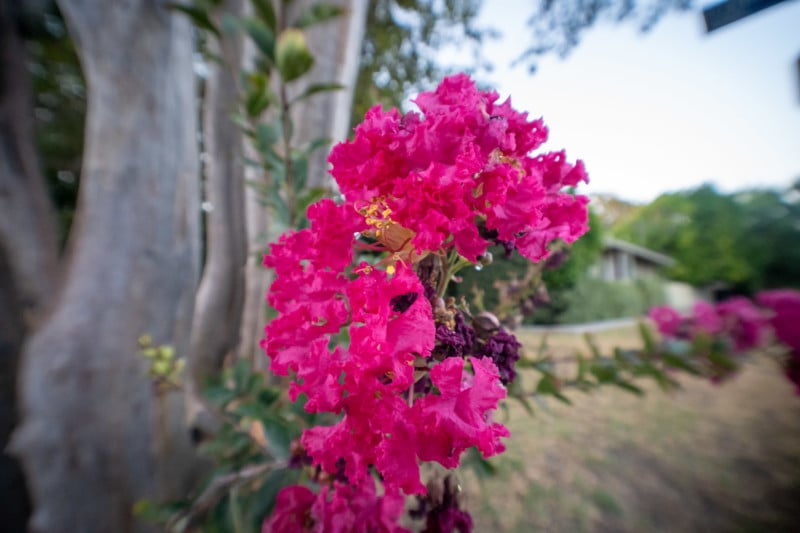 When shooting in a DX mode or camera (APS-C), the 10mm f/4 Cookie lens is actually pretty decent even with its hangups. The lens provides a wide view with minimal distortion, decent sharpness and good consistency across the various settings. Yes, the vignetting is quite noticeable across it all, but that part is at least easy to correct in post using pretty much any RAW processing engine. 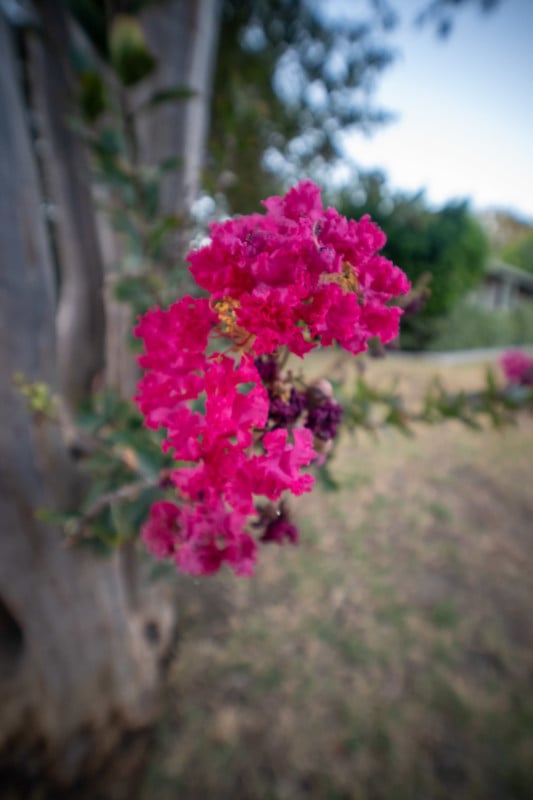 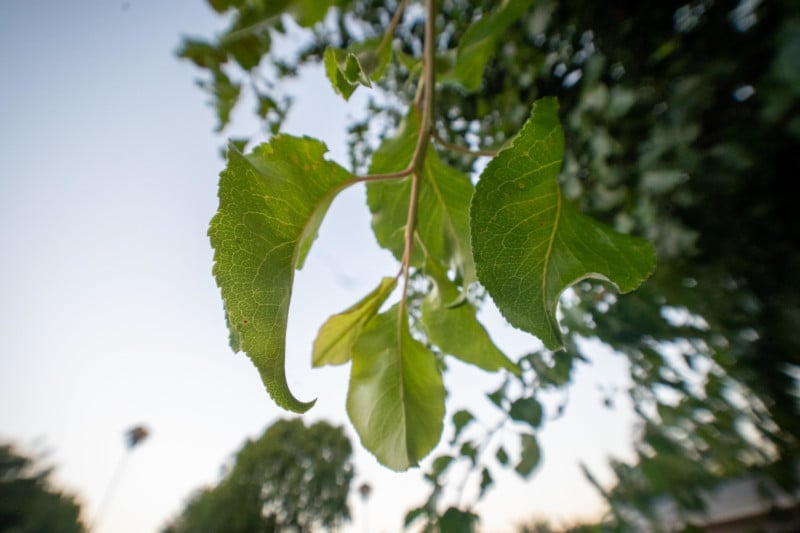 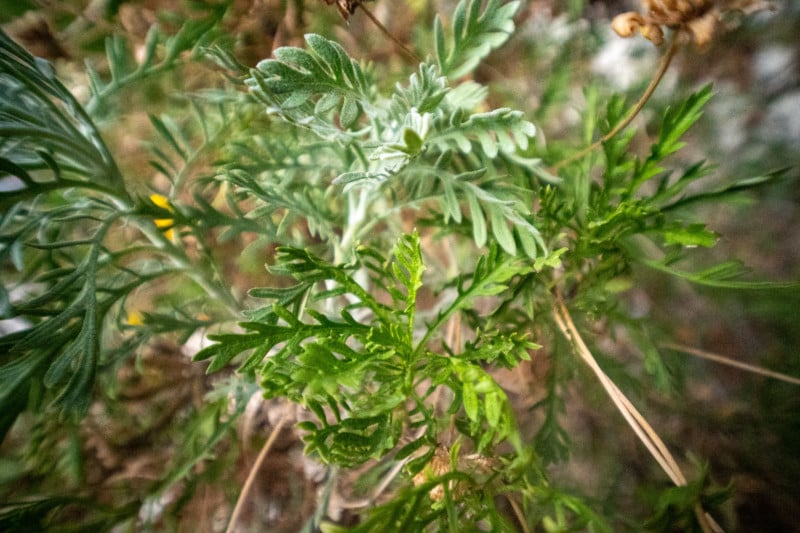 So in short, while the performance of the optics and quality of images is quite good, it loses a lot when you look at it from a standpoint of functionality, especially since there is no autofocus and it does not have any weather sealing. 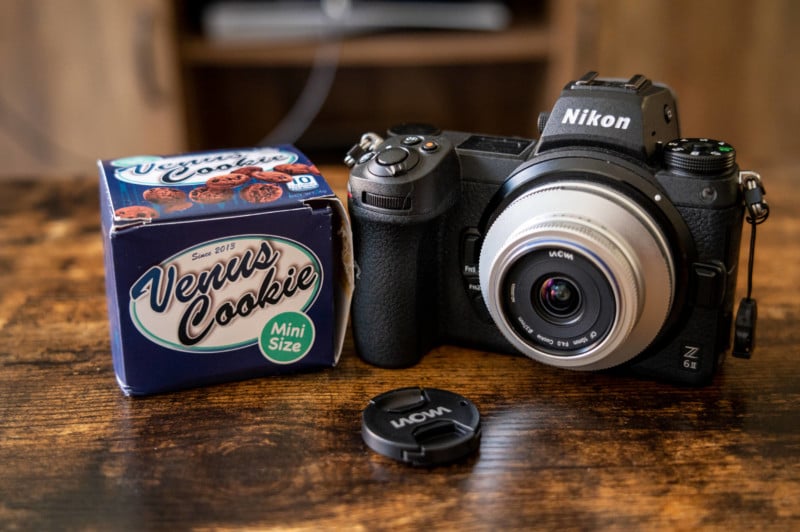 Maybe. If you are looking to experiment with an affordable and fun ultra-wide manual lens, the Laowa 10mm f/4 “Cookie” lens is a pretty good and affordable way to do it. The appeal of a crop-sensor camera with an APS C lens is also increased as it offers a variety of options that can be used to achieve this combo of focal length, size and price.