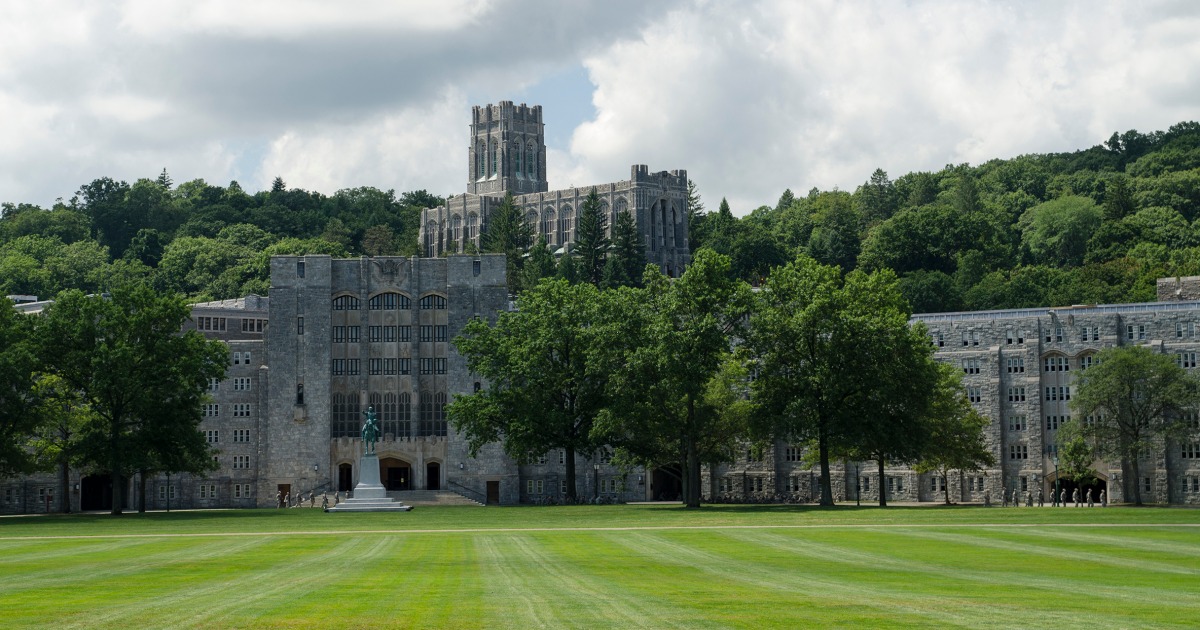 A Ku Klux Klan plaque is affixed to the entrance of the United States Military Academy’s science center at West Point, a congressional commission has discovered.

A photo of the bronze plaque was included in a report by the Naming Commission ,, which reviewed Department of Defense assets to determine and remove confederate memorials. Under the depiction is “KU KLUX KLAN”, which shows a man wearing a hood and holding a gun.

The plaque is part of a triptych at the entrance to Bartlett Hall, West Point’s science center, according to the commission.

The panel said it doesn’t have the authority to recommend the removal of the plaque because it is not specifically a confederate monument.

“However, there are clearly ties in the KKK to the Confederacy,” the report said. “The Commission encourages the Secretary of Defense to address DoD assets that highlight the KKK in Defense Memorialization processes and create a standard disposition requirement for such assets.”

In a statement, the U.S. Military Academy said the triptych was dedicated June 3, 1965, to West Point graduates who served in World II and Korea.

The statement noted that the triptych also depicts the Tree of Life to symbolize “how our nation has flourished despite its tragedies.”

“West Point does not accept, condone, or promote racism, sexism, or any other biases,” the statement said. “The Academy continues to graduate its most diverse classes ever with respect to ethnicity, gender, experience, and background.”

The congressional commission was established as part of the National Defense Authorization Act for fiscal 2021.

August’s report by the eight-person panel focused on West Point and the United States Naval Academy at Annapolis, Maryland.

Washington has a number of monuments and buildings that are dedicated to Confederate soldiers. The commission suggested they be removed from West Point or renamed. Five areas of West Point, including a child care center, are named for Confederate Gen. Robert E. Lee.

” There is no doubt that Robert E. Lee was a Confederate soldier. He was the most prominent and well-known leader of the Confederacy, and had by the Civil War ended, Lee had been promoted to the rank of General in Chief for the Armies.

” “His decisions had wide-reaching and devastating consequences,” the report stated. “Lee’s armies were responsible for the deaths of more United States Soldiers than practically any other enemy in our nation’s history.”

The Defense Department has until 2024 to “remove all names, symbols, displays, monuments, and paraphernalia that honor or commemorate the Confederate States of America,” according to the National Defense Authorization Act for fiscal 2021.

The Naming Commission will submit its final and third report by October.

Elisha Feldstadt is a breaking-news reporter at NBC News.