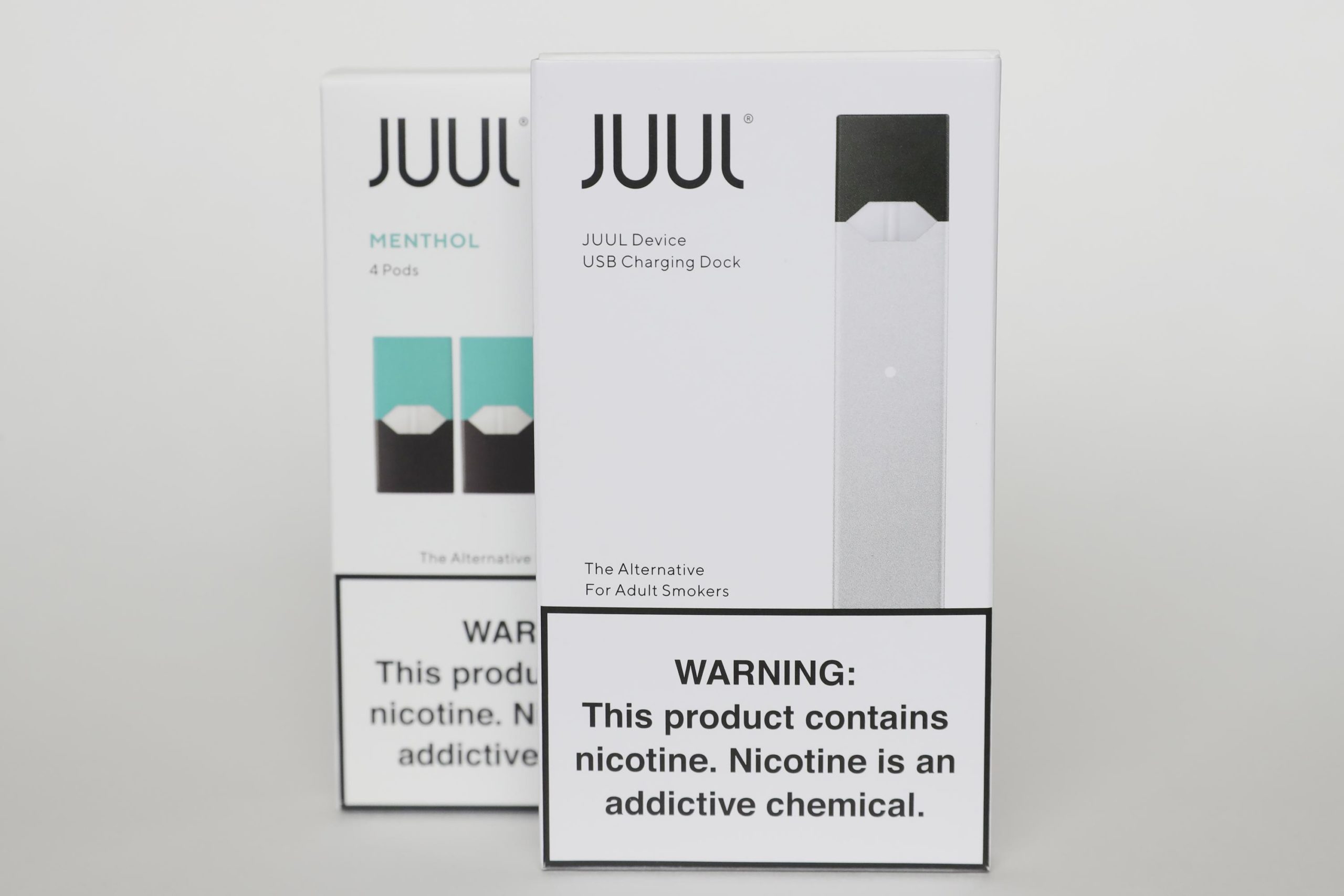 HARTFORD, Conn. — Electronic cigarette maker Juul Labs will pay nearly $440 million to settle a two-year investigation by 33 states into the marketing of its high-nicotine vaping products, which have long been blamed for sparking a national surge in teen vaping.

Connecticut Attorney General William Tong announced the deal Tuesday on behalf of the states plus Puerto Rico, which joined together in 2020 to probe Juul’s early promotions and claims about the safety and benefits of its technology as a smoking alternative.

The settlement resolves one of the biggest legal threats facing the beleaguered company, which still faces nine separate lawsuits from other states. Juul is also facing hundreds of individual lawsuits brought by teenagers or others who claim they have become addicted to its vaping products.

According to a statement, Juul promoted its e-cigarettes among underage teenagers through launch parties, giveaways, ads, and social media posts featuring young models.

“Through this settlement, we have secured hundreds of millions of dollars to help reduce nicotine use and forced Juul to accept a series of strict injunctive terms to end youth marketing and crack down on underage sales,” Tong said in a press release.

The $438. 5 million will be paid out over a period of six to 10 years. Tong said Connecticut’s payment of at least $16 million will go toward vaping prevention and education efforts. Juul previously settled lawsuits in Arizona, Louisiana, North Carolina and Washington.

Most of Tuesday’s settlement will not affect Juul’s practices. They stopped giving away giveaways, parties and any other promotion after being under investigation for several years.

Teen use of e-cigarettes skyrocketed after Juul’s launch in 2015, leading the U.S. Food and Drug Administration to declare an “epidemic” of underage vaping among teenagers. Health experts said the unprecedented increase risked hooking a generation of young people on nicotine.

But since 2019 Juul has mostly been in retreat, dropping all U.S. advertising and pulling its fruit and candy flavors from store shelves.

The biggest blow came earlier this summer when the FDA moved to ban all Juul e-cigarettes from the market. Juul appealed against the FDA’s decision in court. The FDA has since restarted its scientific review on Juul’s technology.

The FDA review was part of an extensive effort by regulators after many years of delays to examine the vaping industry, which is worth billions of dollars. For adult smokers who are looking for an alternative, the agency approved a few e-cigarettes.

While Juul’s early marketing focused on young, urban consumers, the company has since shifted to pitching its product as an alternative nicotine source for older smokers.

“We are still focused on the future, as we fulfil our mission to convert adult smokers from smoking cigarettes – which is the leading cause of death and preventable disability – while fighting underage consumption,” said the company in a statement.

Juul agreed to abstain from various marketing techniques as part of this settlement. They include not using cartoons, paying social media influencers, depicting people under 35, advertising on billboards and public transportation and placing ads in any outlets unless 85% of their audience are adults. The deal includes age verification, restrictions regarding where Juul products can be sold and limitations on online and retail sales.

Juul initially sold its high-nicotine pods in flavors like mango, mint and creme. These products quickly became an issue in American high schools. Students were vaping in their bathrooms or in hallways while waiting for classes.

But recent federal survey data shows that teens have been shifting away from the company. Many teens prefer to use disposable e-cigarettes. Some of these vaporizers are still available in fruity, sweet flavors.

Overall, the survey showed a drop of nearly 40% in the teen vaping rate as many kids were forced to learn from home during the pandemic. Still, federal officials cautioned about interpreting the results given they were collected online for the first time, instead of in classrooms.