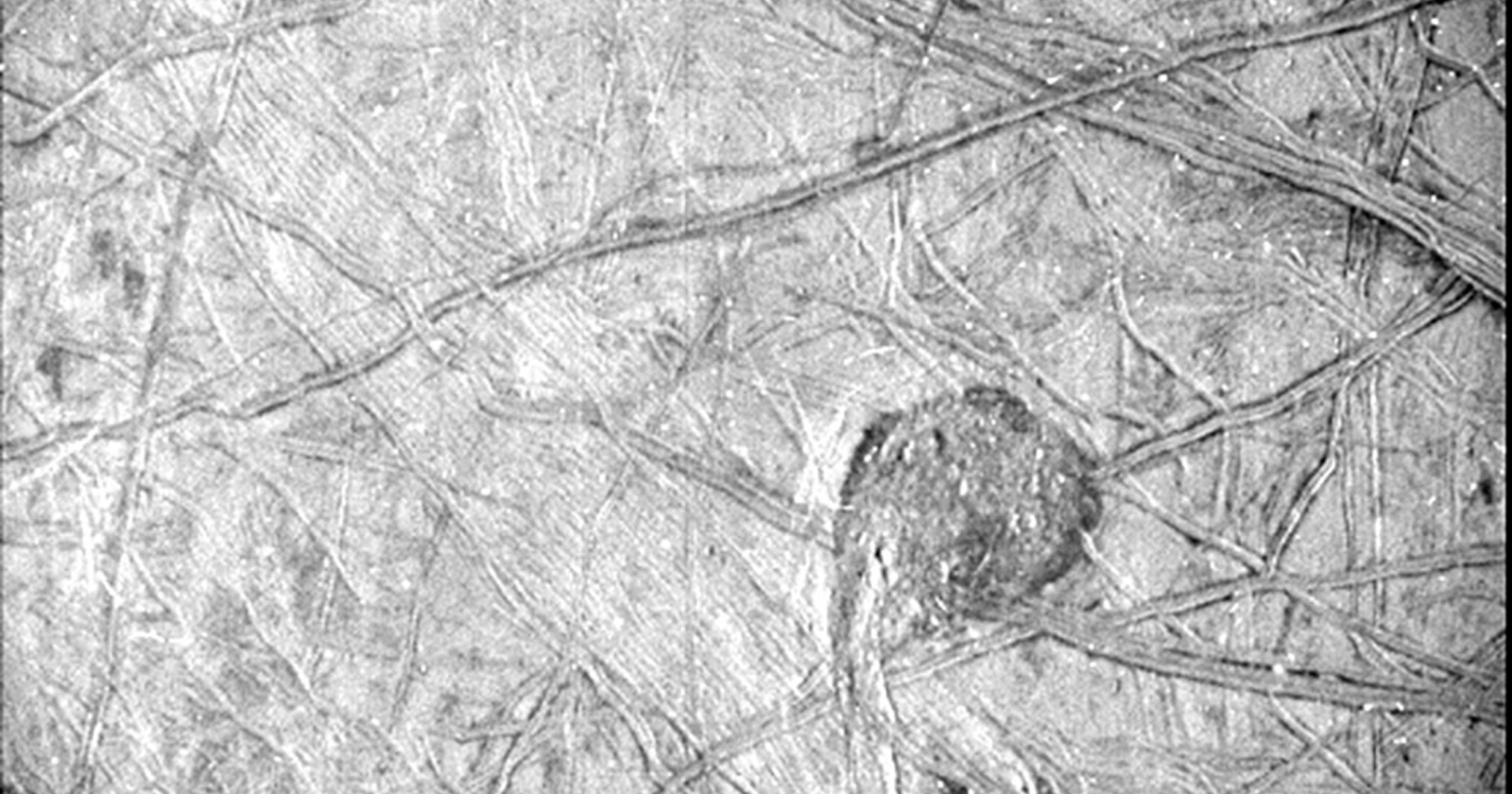 Juno, NASA’s space orbiter that recently completed a close flyby of Europa, has captured the highest-ever resolution close-up of a specific portion of the icy moon. This image depicts an area of Europa. It shows the detailed view of Europa’s icy surface, which is covered with scratches and fractures. According to NASA, the image covers a space of about 93 miles by 125 miles of the moon’s surface and reveals a region crisscrossed with a network of grooves and double ridges.

“Near the upper right of the image, as well as just to the right and below center, are dark stains possibly linked to something from below erupting onto the surface. Below center and to the right is a surface feature that recalls a musical quarter note, measuring 42 miles (67 kilometers) north-south by 23 miles (37 kilometers) east-west. The white dots in the image are signatures of penetrating high-energy particles from the severe radiation environment around the moon,” the space agency says.

The camera that captured the photo is called the Stellar Reference Unit or SRU which is designed for low-light conditions. It is a star camera typically used to orient the spacecraft but was, in this case, used to obtain the black and white image above during Juno’s close-quarters flyby of Europa on September 29. Juno flew very close to Jupiter’s moon, at an average distance of 256. The close flyby of Juno brought it within a few miles of Jupiter’s icy moon.

“With a resolution that ranges from 840 to 1,115 feet (256 to 340 meters) per pixel, the image was captured as Juno raced past at about 15 miles per second (24 kilometers per second) over a part of the surface that was in nighttime, dimly lit by ‘Jupiter shine’ — sunlight reflecting off Jupiter’s cloud tops,” NASA says.

“This image is unlocking an incredible level of detail in a region not previously imaged at such resolution and under such revealing illumination conditions,” says Heidi Becker, the lead co-investigator for the SRU.

” The team’s innovative use of Juno’s star-tracker camera to study science is an excellent example of Juno’s remarkable capabilities. These features are so intriguing. Understanding how they formed – and how they connect to Europa’s history – informs us about internal and external processes shaping the icy crust.”

Originally, Juno’s mission was to investigate Jupiter but its mission was extended and expanded to include three of the four Galilean satellites and the gas giant’s rings.

Europa is particularly interesting to scientists as they believe there is an ocean below thick icy surfaces that may harbor life.