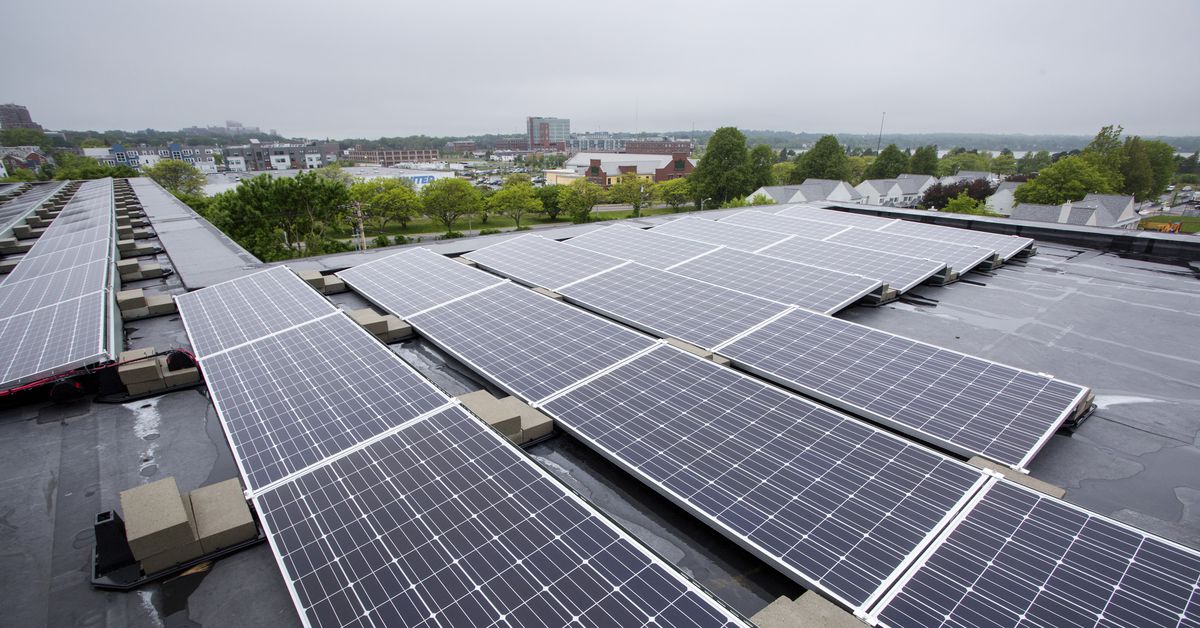 “Community solar” essentially lets many different households share the benefits of one shared solar array. The most common way this takes shape is through a subscription program. A solar company or nonprofit organization will build out a solar farm, and then households that subscribe to the program get credit back on their electricity bills for the energy generated by the shared solar farm.

That’s supposed to reduce electricity bills while also promoting clean energy. And compared to traditional home solar setups, community programs are meant to reach way more people — particularly renters and anyone who can’t shell out some $25,000 to install PV panels on their home.

Homeowners face fewer barriers to install solar panels. But even among homeowners, just 6 percent have actually installed solar, according to a 2019 Pew Research Center survey. A much larger percentage — 46 percent — said they wanted solar panels at their home. It is not surprising that cost plays a major role in whether people make the switch to solar energy. Just 14 percent of households with residential solar in the US had annual incomes less than $50,000, according to recent research from the Department of Energy and Lawrence Berkeley National Laboratory.

Today, the Department of Housing and Urban Development announced new guidance that enables residents in subsidized housing to sign up for community solar. Crucially, the credits they receive from subscribing won’t count toward their household income, which might otherwise have affected their eligibility for rent assistance. The White House thinks the changes can help get 4. 5 million families into community solar programs and shave an average of 10 percent off their electricity bills each year.

The White House also announced a new pilot program today to help bring community solar to households enrolled in the federal Low-Income Home Energy Assistance Program (LIHEAP). LIHEAP helps people pay their heating and cooling bills and also provides funding to weatherize homes to make them more energy-efficient. The Department of Energy and Department of Health and Human Services are now developing a digital platform that will manage the community solar subscriptions of people who participate in LIHEAP.

That new platform will roll out first in places that have signed up for the pilot: Colorado, Illinois, New Jersey, New Mexico, New York, and Washington, DC. The White House says the program can save subscribers 20 percent on their electricity bills. By 2025, they want to see $1 billion in combined savings from the program.

To boost community solar even more, the Department of Energy also launched the “Sunny Awards for Equitable Community Solar” today. That program will dole out a cumulative $100,000 — in small awards ranging from $1,000 to $10,000 — to community solar projects deemed particularly good at reaching low to moderate-income households and saving them money. Despite these changes, President Joe Biden still has a lot to do in order to advance his clean energy agenda. Democrats’ keystone climate plan, $300 billion in tax credits for clean energy, is pretty much dead after West Virginia Senator Joe Manchin withheld his swing vote. Without sweeping climate legislation, the Biden administration is turning to piecemeal strategies to boost clean energy. Today, climate advocates and lawmakers in the Congressional Progressive Caucus renewed calls for Biden to declare a climate emergency, which could unlock greater executive powers to limit drilling and investments in fossil fuels.

“Deploying community solar is a vital move to protect both our climate and the millions of households most vulnerable to utility shutoffs and dirty energy price spikes,” said Jean Su, Energy Justice program director at the Center for Biological Diversity, one of the groups pushing for a climate emergency declaration, in a press statement. Su states that “as the record-breaking heatwaves continue to rage, this is a sign that Biden takes climate emergencies seriously. But he must move faster and further.”

The post Joe Biden’s new plan: solar power for everyone, not just the rich appeared first on The Verge.