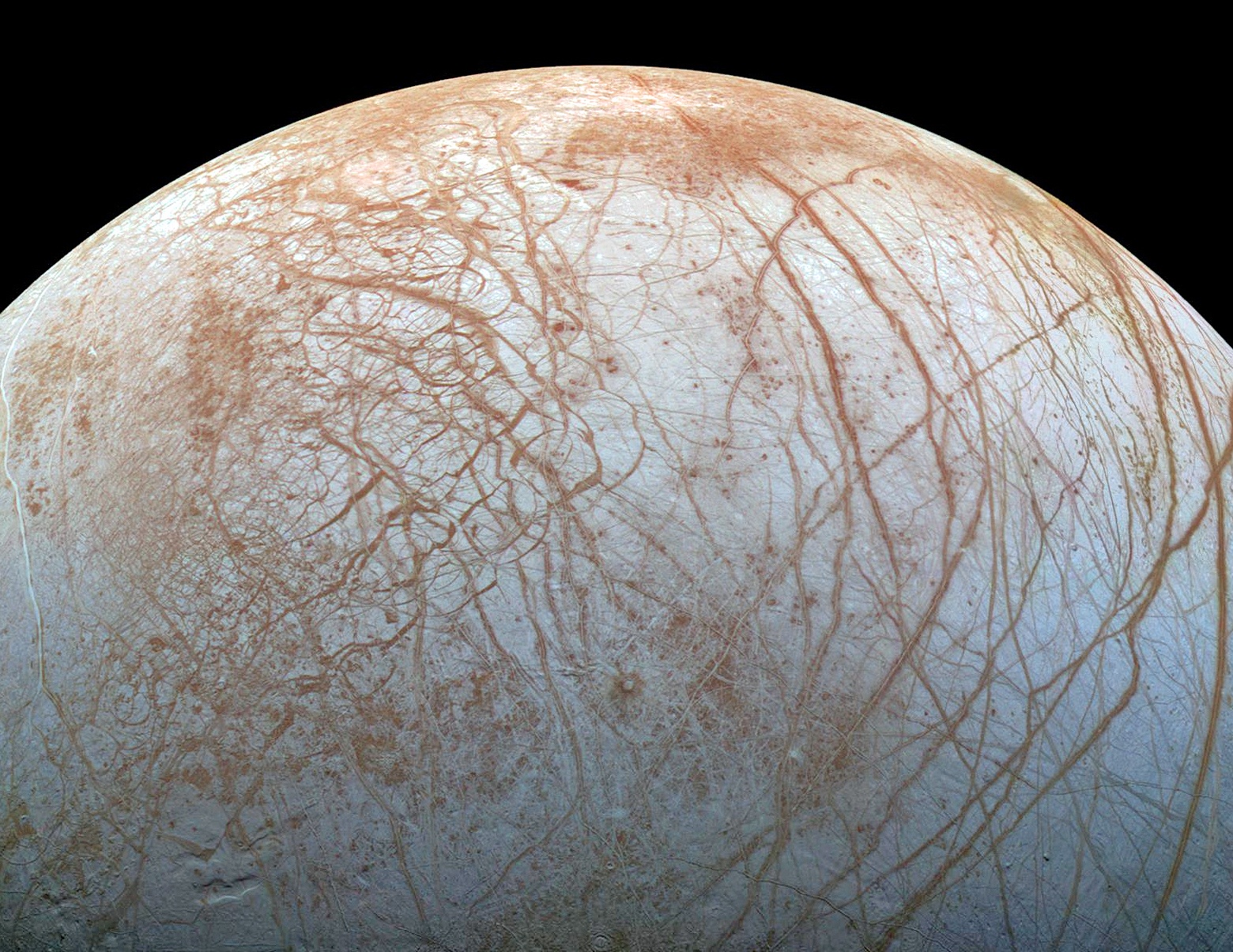 NASA has captured the highest-resolution photo of Europa, one of Jupiter’s moons. The image, which NASA released last week, showcases over 93 by 125 miles of surface region on the moon. In a blog post at the .Jet Propulsion Laboratory, the space agency described exactly what the image shows.

According to NASA’s post, the image reveals a crisscrossed network of grooves and double ridges along the surface of the moon. This photo of Europa has a high resolution. We can see the long parallel lines that run along the surface of Europa. These lines are useful for observing the higher features within Europa’s ice.

In the new photo of Europa, we’re also given a great look at some dark stains. NASA suggests that these dark stains could be related to an event below the surface of Europa. However, the space agency is unsure of exactly what they are. Perhaps future missions to Europa will be able to reveal more.

Other notable intricacies spotted in the photo of Europa captured by Juno in a flyby this past month include what appears to be a musical note below the center of the image. NASA claims that the image also contains white dots, which are signatures of high-energy penetrating particles.

This new photo of Europa isn’t as breathtaking as those seen from the James Webb space telescope, but that doesn’t change their scientific significance at all. Being able to look this closely at Europa could help researchers learn more about the icy moon.

“This image unlocks an amazing level of detail, in a region that has not been previously imaged at such resolution or under such revealing lighting conditions,” Heidi Becker (the lead investigator for the SRU) wrote in NASA’s post on the photograph of Europa.

“The team’s use of a star-tracker camera for science is a great example of Juno’s groundbreaking capabilities. They are fascinating. Understanding how they formed – and how they connect to Europa’s history – informs us about internal and external processes shaping the icy crust.”

Looking for more space news: Check out how Europa made a star vanish earlier this year.