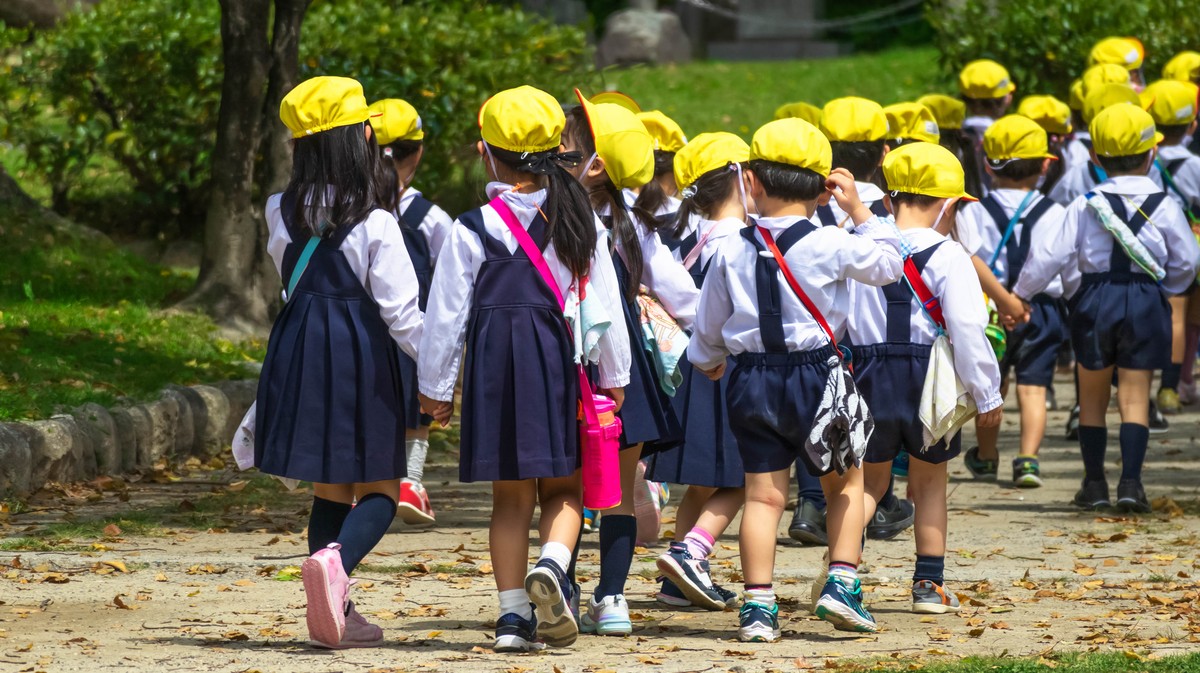 Walking is a somewhat universal thing, but everyone does it differently enough that you could tell people apart by the way they walk if you pay close attention. This is why you can tell which family member is coming up the stairs just by the sound of their steps.

But this is not just because people come in different sizes. A study published in the journal Scientific Reports found that children in Japan as a group have a subtle yet distinctive way of walking that reflects their habits and lifestyle, which could have implications on their health.

“Though the difference is very slight, I was surprised to see that children in Japan walk with their feet turned in more,” Ito Tadashi, a co-author of the study and a physical therapist at the Mikawa Aoitori Medical and Rehabilitation Center in Aichi prefecture, told VICE World News.

Pediatric orthopedists study gait—a pattern of limb movements using the hip, knee, and foot—to understand children’s physical development and quality of life. It can also help detect any abnormalities, such as balance problems, and prevent them from getting worse.

But Ito, who’s studied physical therapy for over a decade, felt there was scant data that showed normative gait patterns in Japanese children. Though there was research from other countries, he noted that patterns could differ around the world and thus set out to learn how Japanese kids walk.

Using a 3D gait analysis system, which required sticking small spherical markers onto children’s lower bodies, the scientists tracked how 424 kids walked. The positions of these markers were measured using infrared cameras, which were then used to generate a computer model.

To get a more comprehensive understanding of how children at various stages of their life walk, the scientists studied kids aged six to 12. Among these age groups, they found that older children took smaller but more steps compared to younger kids. In Mexico, studies also show that kids take smaller steps as they age, but the number of steps remain the same, or even decreased, after age seven.

Though the differences were subtle, Ito said, lifestyle and culture could have played a role.

Some of his research subjects attend the same elementary school where kids walk to school each morning. It’s common to see younger students try to keep up with the older children by taking bigger steps, which could explain why younger kids took longer strides, Ito said.

The oldest kids in the study, at 11 or 12, also tended to point in their toes more and used less range of motion in their knees. Though Ito was unsure why that was the case, he said this could have something to do with the traditional Japanese way of sitting, known as seiza, when lower legs are tucked under the butt while you sit on the floor.

But Jessica Rose, a professor of pediatric orthopedics at Stanford University who is not affiliated with the study, isn’t sure just how varying the data is across cultural lines.

“From my calculations it was a one or two-degree difference in hip and knee motion, and that’s really well within the measurement precision of the technology that we use,” she told VICE World News.

For instance, where the markers are placed around the hip joint can vary slightly from subject to subject. The model used to estimate the hip joint center can also differ from lab to lab, she explained, which can create slight variability in the data. If the differences were more pronounced, then maybe those conclusions could be made with more confidence, she said.

“What I was struck with was how our data is very similar to theirs, and I was really happy to see that,” she said. This meant comparisons could be made between labs and, because Ito’s data was so robust, it is a valuable data set of typically developing gait and for evaluation of pediatric gait abnormalities, she said.

Ito said that using data from this study, he and his team also examined whether the way children’s gait speed, as well as other physical health indicators, changed during the COVID-19 pandemic as a result of school closures and canceled public events. If the research is accepted, he expects his study to be published in September in the peer-reviewed International Journal of Environmental Research and Public Health.