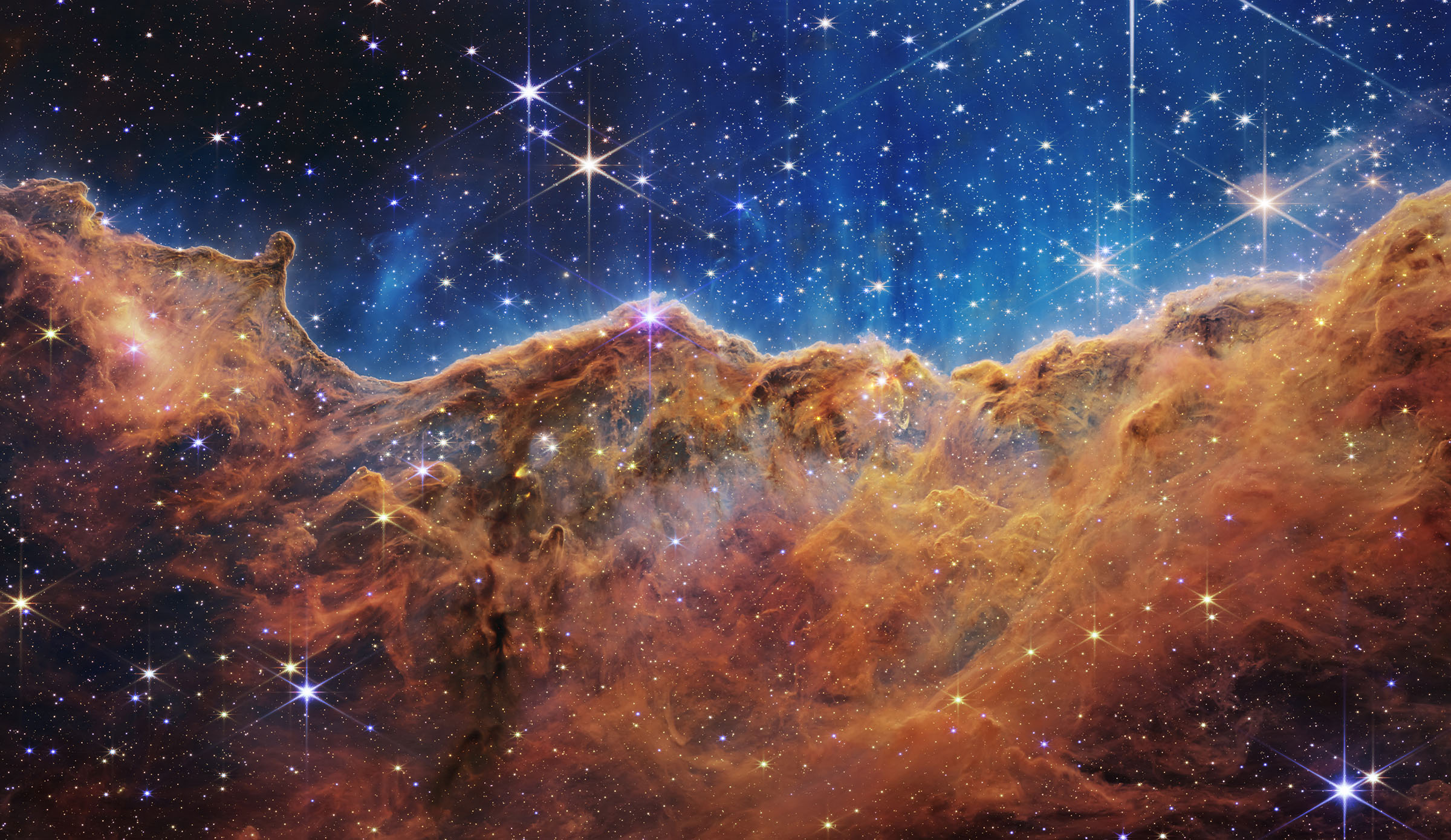 The Cosmic Cliffs were one of the first James Webb images that we were given when NASA’s newest space telescope started sharing photos and data. A revisit of this iconic photo shows us that it has more to offer than we thought. In fact, NASA says that the image showcases several young stars in the earliest stages of their formation.

It’s an exciting discovery, especially as I’ve spent the better part of the last few months with that particular image as my desktop wallpaper. Being able to look at it now, with these new notations added, is even more intriguing because I’ve been looking at these exact same things for months without even realizing what they showcase.

While we knew that the Carina Nebula was a hotbed for star formations, by taking this deep dive into Webb’s image of the Cosmic Cliffs, we’re able to get an even better look at the outflows left behind by these forming stars. Megan Reiter, an astronomer with Rice University in Houston, Texas, led a new study on the image.

Reiter says that the images that James Webb has taken of the Carina Nebula have given us a deeper look at “what may be a more typical corner of the universe that we haven’t seen before.” Further, Reiter says that the image is a snapshot in time to see just how much star formation is going on in the nebula, giving more insight into one of the most beautiful sights of our universe.

By analyzing these first images of the Cosmic Cliffs even more, the astronomers are able to gain new insight into how active these regions of space are, even in a short period of time. By also looking at captures of this region made by the Hubble space telescope 16 years ago, the scientists were even able to track the speed and direction of the forming jets.