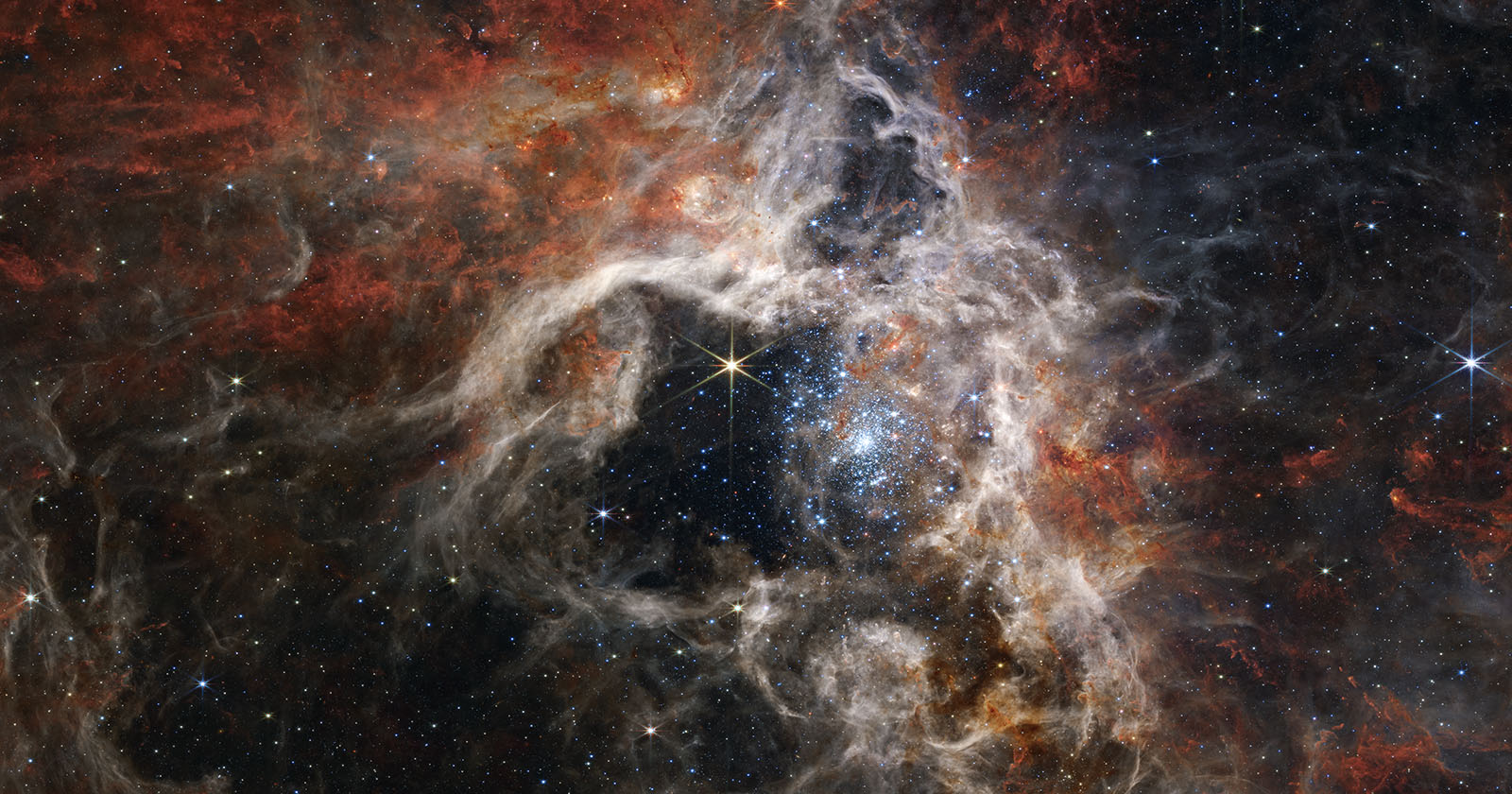 The James Webb Space Telescope (JWST) has captured a stunning mosaic image of the Tarantula Nebula that stretches 240 light-years across and includes tens of thousands of never-before-seen young stars that were not visible with previous telescopes.

The image above was captured with the JWST’s Near-Infrared Camera (NIRCam) and shows a massive star-forming region of space, captured as a mosaic of multiple photos and combined into a huge 122. 5-megapixel photo (14,557 by 8,418 pixels). You can see the most active area of star formation in the middle of the image, which is where bright blue stars tend to be condensed.

The Webb Team explained that there are still embedded stars scattered around the blue-colored stars. They appear to be red, and they are yet emerge from what they call a “dusty cocoon”.

“NIRCam has an unprecedented resolution at the near-infrared wavelengths, which allows it to identify these stars that are dusty.

“To the upper left of the cluster of young stars, and the top of the nebula’s cavity, an older star prominently displays NIRCam’s distinctive eight diffraction spikes, an artifact of the telescope’s structure. It almost points upwards from the star’s top central spike. Young stars still surrounded by dusty material are blowing this bubble, beginning to carve out their own cavity,” the Webb team continues.

Astronomers used two Webb spectrographs in order to examine this area and find out the chemical composition of the star. Astronomers will be able to determine the age and number of generations it has experienced .”

This nebula was also shot with the Mid-Infrared (MIRI) camera, which focuses its view on the area surrounding the central star cluster. 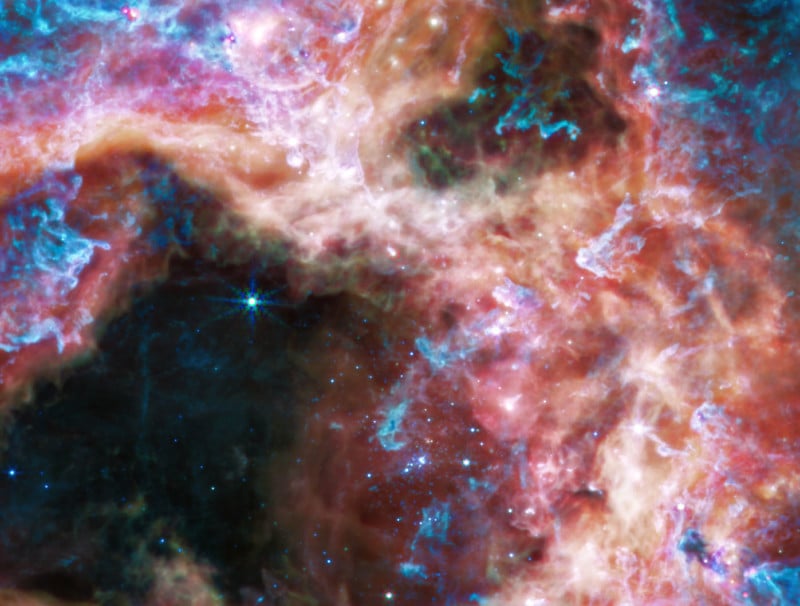 “In this light, the young hot stars of the cluster fade in brilliance, and glowing gas and dust come forward. Abundant hydrocarbons light up the surfaces of the dust clouds, shown in blue and purple. Because mid-infrared light can show more inside the clouds, much of the nebula appears ghostly and diffuse. The Webb team said that still-embedded protostars can be seen within their dusty cocoons.

Other areas look dark like the area in the lower right corner. This indicates the densest areas of dust in the nebula, that even mid-infrared wavelengths cannot penetrate. These could be the sites of future, or current, star formation.”

One of the reasons that astronomers are interested in the Tarantula Nebula is that it has a similar type of chemical composition as the gigantic star-forming regions that existed when the Universe was only a few billion years old and star formation was its highest. Webb allows astronomers to compare observations made from Tarantula Nbula with other data of nearby galaxies active at the peak of star formation.