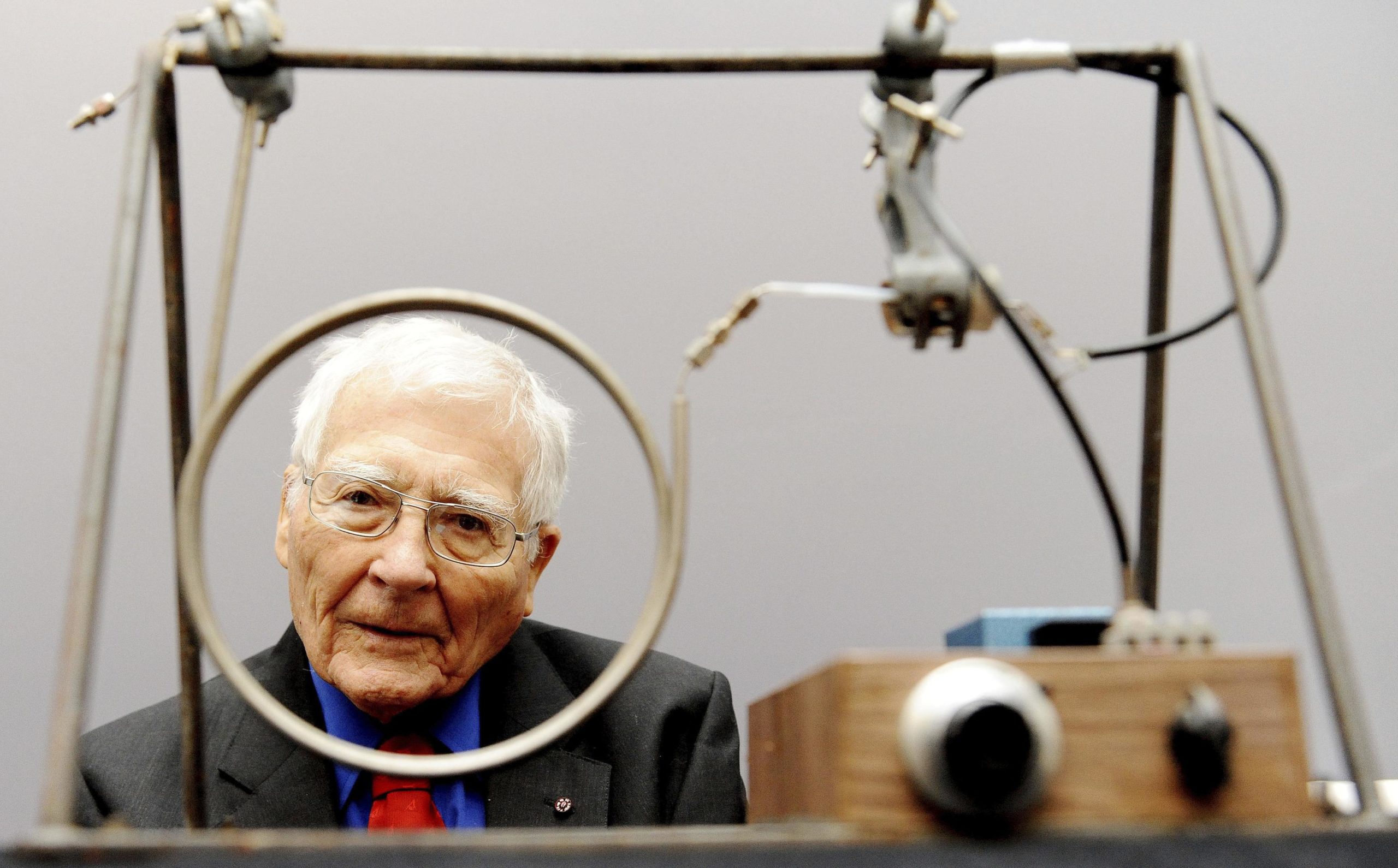 LONDON — James Lovelock, the British environmental scientist whose influential Gaia theory sees the Earth as a living organism gravely imperiled by human activity, has died on his 103rd birthday.

Lovelock’s family said Wednesday that he died the previous evening at his home in southwest England “surrounded by his family.” The family said his health had deteriorated after a bad fall but that until six months ago Lovelock “was still able to walk along the coast near his home in Dorset and take part in interviews.”

Born in 1919 and raised in London, Lovelock studied chemistry, medicine and biophysics in the U.K. and the U.S.

In the 1940s and 1950s, he worked at the National Institute for Medical Research in London. Some of his experiments looked at the effect of temperature on living organisms and involved freezing hamsters and then thawing them. They survived.

Lovelock worked during the 1960s on NASA’s moon and Mars programs at the Jet Propulsion Laboratory in Pasadena, California. He spent most of his life as an independent scientist, not affiliated with large universities.

The Gaia hypothesis, developed by Lovelock and American microbiologist Lynn Margulis and first proposed in the 1970s, saw the Earth itself as a complex, self-regulating system that created and maintained the conditions for life on the planet. The scientists said human activity had thrown the system dangerously off-kilter.

Lovelock was a powerful communicator who used speeches, books and interviews to speak out against the effects of climate change on human activity, including desertification and agricultural destruction.

“The biosphere and I are both in the last 1% or our lives,” Lovelock told The Guardian newspaper in 2020.

Initially dismissed by many scientists, the Gaia theory became influential as concern about humanity’s impact on the planet grew, not least because of its power as a metaphor. Gaia is the Greek goddess of the Earth.

Lovelock did not mind being an outsider. He outraged many environmentalists by supporting nuclear energy, saying it was the only way to stop global warming.

“Opposition to nuclear energy is based on irrational fear fed by Hollywood-style fiction, the Green lobbies and the media,” he wrote in 2004. “These fears are unjustified, and nuclear energy from its start in 1952 has proved to be the safest of all energy sources.”

Lovelock’s final book “Novacene,” published as he turned 100 in 2019, proposed that humans will be replaced on Earth by cyborgs.

Although Lovelock was sometimes at odds with sections of the environmental movement, Britain’s only Green lawmaker, Caroline Lucas, tweeted that “the Green movement has lost a huge champion & intellect.”

Roger Highfield, science director at Britain’s Science Museum, said Lovelock “was a nonconformist who had a unique vantage point that came from being, as he put it, half scientist and half inventor.”

“Endless ideas bubbled forth from this synergy between making and thinking,” Highfield said, citing Lovelock’s “extraordinary range of research, from freezing hamsters to detecting life on Mars.”

Lovelock is survived by his wife Sally and children Christine, Jane, Andrew and John.

“To the world, he was best known as a scientific pioneer, climate prophet and conceiver of the Gaia theory,” they said in a statement. “To us, he was a loving husband and wonderful father with a boundless sense of curiosity, a mischievous sense of humor and a passion for nature.”

The family said there would be a private funeral, followed by a public memorial service at a later date.