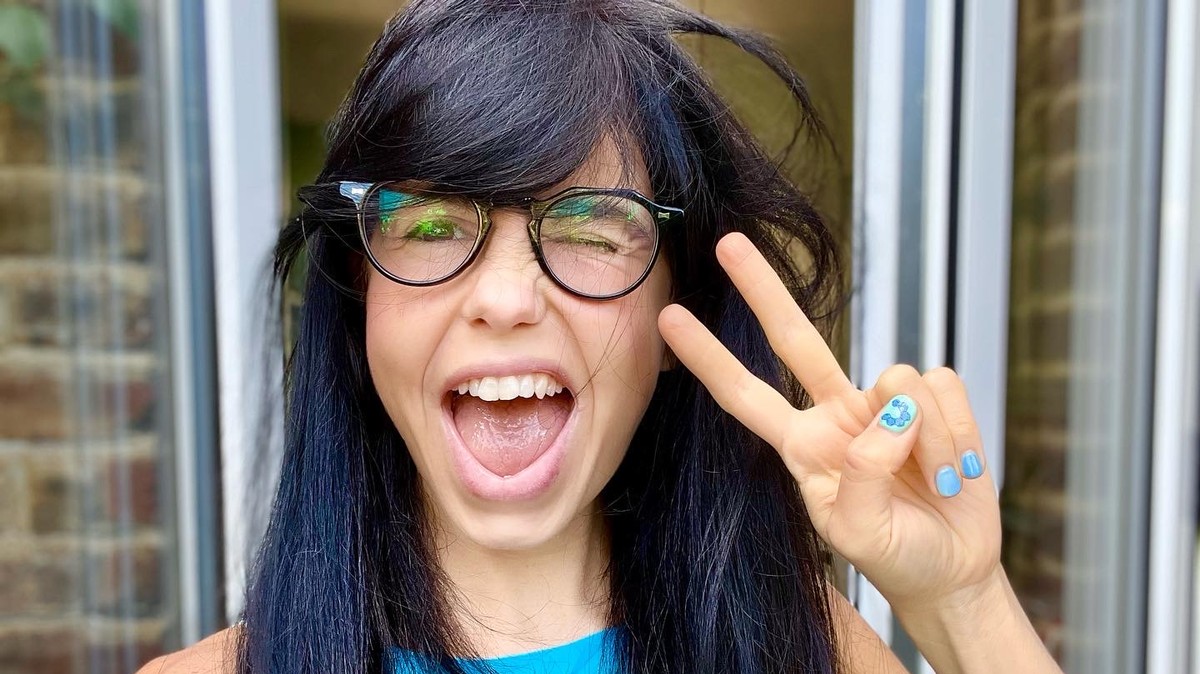 “The job that pays me,” Jessica Wade told VICE, smiling, “is that of a material scientist who works on new material technology for a more sustainable future.”

So, what’s the non-paying job for the 34-year-old British scientist who works as a research fellow in the Department of Materials at the Imperial College in London?

Since 2017, it’s been writing a Wikipedia entry every day, sometimes even two, to highlight the achievements of women scientists whose contributions to the world have either gone unnoticed or remain largely unacknowledged, no thanks to the systemic racial bias in Wikipedia‘s coverage as well as that of mainstream media.

Wade had been thinking of “equity and representation in science” for a really long time, which is what led her to undertake what would later become an increasingly ambitious project. Wade, who had completed her undergraduate and doctoral physics courses, was conscious of the fact that her area of research is still accessible to those from less privileged socioeconomic backgrounds. This field is also heavily dominated by white males.

“It is these racial and socio-economic barriers to entry that negatively impact science by and large and impede our ability to discover, innovate, and come up with new ways to save humanity,” she said.

Wade believes that diversity matters in the scientific community because diverse minds come up with diverse solutions, and not operating from the privileged white male gaze affords them viewpoints into other ways of living that perhaps need scientific innovation. Wade believes that highlighting women’s achievements in science, a field often dominated by men, is essential.

It bears mentioning that the scientists Wade writes about are not relegated to obscurity within the science community. Their works were widely cited in major research papers, won medals and even got streets named for them. Yet the supposedly democratic and widely accessible world of Wikipedia was oblivious to the contributions of these brilliant women. Wade believes that ensuring these women have entries on Wikipedia is an important step to addressing the disparity.

“If [most people are] using Wikipedia as their reference source, then we have a responsibility to make it accurate, complete, and equitable,” she said. “In 2017, I was exposed to just how important this [free online encyclopaedia] is, and since then I have written one entry every day.”

On certain days, Wade logs not one, but two entries, writing after she’s done working her full-time job and even on weekends. But how does she go about selecting the scientists that merit a Wikipedia entry? Does the unacknowledged list of women scientists actually have that many? It turns out it is.

“When I first started working on the entries in 2017, I was only focused on women scientists in the UK and that’s a really finite list,” she said. “However, that’s [also] when I realised that they were all white, so I decided to actively look for women scientists of colour.”

A few of Wade’s early entries, however, had to be taken down by Wikimedians, resident Wikipedia editors. “When I started writing, I was a little naive and thought that everyone who was cool should have a Wikipedia page. [But] there is a notability test that has to be fulfilled,” said Wade referring to the Wikipedia policy of having a team of editors decide whether or not a person or subject merits its own entry. She also had to ensure that every sentence could be cited (“and not with a LinkedIn page”), and that the tone of the writing was neutral. “A few entries were deleted, others were remade by Wikipedia editors. It’s hard because society does such a bad job of highlighting [these women] online.”

One such entry was that of African American nuclear chemist Clarice Phelps who was part of the team of researchers who discovered tennessine (element 117), a new element in the periodic table. The page on Phelps, written by Wade, was initially taken down because there weren’t enough citations on Phelps’ tennessine contribution. Phelps was not mentioned in enough publications at that time. After much back and forth, Phelps’ entry passed the notability test and she now has her own page on Wiki.

Wade, however, doesn’t get deterred by occasional setbacks and instead views them as challenges that can be worked through in various ways – from approaching topics differently to working on her writing tone. She jokes that it’s probably easier to work on a Wikipedia page if “you’re at VICE because you have to be so cool all the time.” Compliment (?) noted.

Wade’s research process includes mining the internet to locate women scientists of colour, going through important research papers where their works are cited, checking the names of speakers at important conferences, and digging through the archives of historically Black colleges and universities (HBCUs) in the United States to find names of scientists who had been inducted into important societies of the science community. Wade chose HBCUs as they are institutions of higher education in the U.S. founded with the intention to serve the people of the African American community, who were denied higher education in other established institutions because of racial discrimination. As these institutions were established before the Civil Rights Act of 1964 – a landmark law that forbids discrimination based on race, colour, religion, sex, and national origin – Wade was likely to find leads in their archives that she might not have elsewhere.

“I’ve always had someone to write about,” she said. “You start to notice trends, too.”

One of the trends that Wade found was that most African American communities were closely linked to certain churches. This close sense of community ensured that ideas were exchanged more seamlessly, they could help each other, had each other’s backs when one of them needed help, and used this common network to encourage younger scientists to enter the scientific community, too.

She also discovered that most Indian scientists studied in the same engineering colleges in India, such as the various Indian Institute of Technology (IIT) colleges, to only later be inducted into the National Inventors Hall of Fame.

For Wade, this was symbolic of the fact that engineering education, particularly in the premier colleges of India such as the IITs, has always been way ahead of the curve, giving talented scientists from low-income backgrounds a platform to hone their skills. “This makes for such a rich history because it’s not just writing about the technical details of their work – this is someone’s life you are writing about and that’s a very powerful thing.”

Wade is always pleasantly surprised when she comes across names of scientists whose works have had a far-reaching impact, but who yet remain unacknowledged on Wikipedia. She mentions Indian-origin scientist Sumitra Mitra, who is now widely considered a pioneer of nanomaterials, as one such example.

“The formulation of nanomaterials that [Mitra] came up with has been used in almost all the fillers in dental procedures across the world,” said Wade. “No one had profiled her in mainstream media or Wikipedia, in spite of the fact that her inventions have been used in billions of dental procedures.”

Mitra’s example is not a one-off. Wade discovered only a handful of Wikipedia pages for the recent inductees into the American non-profit organization, the National Academy of Medicine.

“One of them is the American physician Yvette Calderon whose parents were immigrants,” Wade said. Wade said that her father was a soldier in the Puerto Rican Army during the Korean War. She grew up poor in Hell’s Kitchen, a neighbourhood in New York City, only to be later [taken under the wing of] a philanthropist who guided her towards medicine.”

Calderon has helped tackle the disparity in the treatment of HIV patients in New York during the peak of the HIV/AIDS epidemic, and ceaselessly worked to save lives during the coronavirus pandemic. After Calderon lost her own father to COVID-19 and was unable to be there for him in his final moments, she wanted to ensure that patients, especially those who were gravely ill, were at least able to speak with and see their families virtually. Calderon’s staff would use iPads to call the families of patients and then hold them up to the ears to allow communication between family members and the patient.

“When you read about people like her, you think, ‘Whoa! I’ve experienced nothing in my life!’ You also realise that we don’t honour these people enough on Wikipedia or even otherwise. Sure, she’s won a few awards, but she should have been winning awards all her life.”

Will there come a time when the entries will stop, when the ground will be covered, and the exclusion gap narrowed? Wade said that Wade is not sure. The history of exclusion was too extensive to fix any time soon.

She believes that future generations want a more just world, a representative curriculum (one that is based on solving actual life problems), and an inclusive society. Wade believes that as adults, we are responsible for rectifying historical injustices.

“Everyone needs to play their part in building a more equitable future. This is a cause I believe in. Wade stated that while we are committed to saving the world, Wade also believes in honoring those whose lives have been impacted by history. “There’s never gonna be a story not to tell.”

The post I’ve Made More Than 1,700 Wikipedia Entries on Women Scientists and I’m Not Yet Done appeared first on VICE.