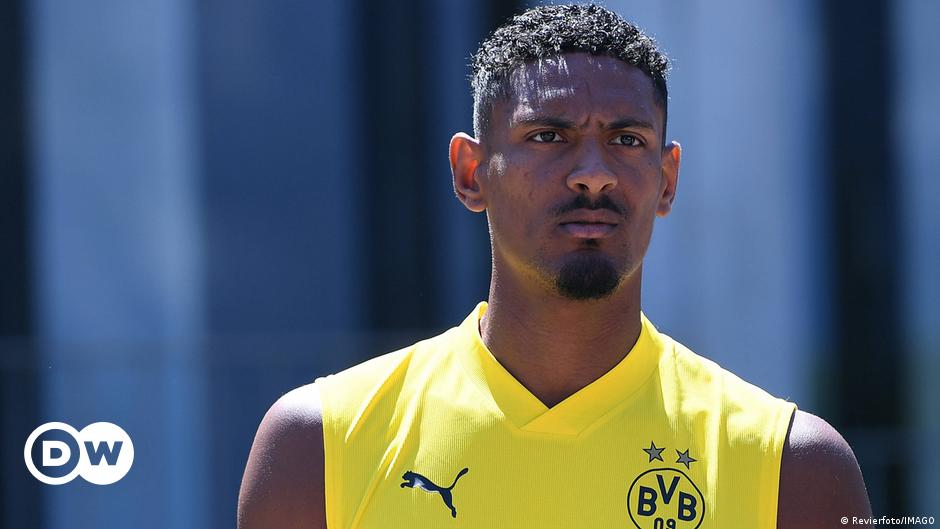 Four recent diagnoses of testicular cancer in the Bundesliga have grabbed attention and shocked many.

While Timo Baumgartl (Union Berlin) and Marco Richter (Hertha Berlin) have recovered and are back on the pitch, Sebastien Haller (Borussia Dortmund) and Jean-Paul Boetius (Hertha Berlin) are still on the road to recovery. Are these clusters of cases with testicular cancer a coincidence? Or are they connected to professional sports?

“This is an accumulation that may be coincidental,” Wilhelm Bloch told DW.

Bloch is a sports medicine specialist who has been researching cancer and sport for many years and works at the Sport University in Cologne.

“Most of the scientific studies show that there is no accumulation,” Bloch adds before pointing out that testicular cancer is a disease that most often strikes men at a young age.

There are around 4,000 testicular cancer cases in Germany every year, with the disease most common among young adults between 20 and 40 years of age. Bloch states that there’s no evidence to suggest the disease is more prevalent in athletes.

There are other factors involved, such as the fact that young men over six feet tall are more likely to be affected by testicular cancer, “which could be related to their growth and muscular system,” Bloch sayss.

External hormones and man-made hormones can also be involved in this condition. According to Bloch though, a specific cause of testicular cancer has not yet been discovered.

Cycling has been proactive in investigating a possible connection between the disease and the sport.

“Sitting on the saddle actually puts permanent pressure on the testicles, which can lead to micro injuries,” Bloch says. “But even in cycling, it has not been possible to determine an accumulation.”

No possibility of prevention

Bloch believes other influential factors could become more of a focus.

According to Bloch, the scientific community has yet to find any methods of preventing the disease, but the doctor has a positive message for all those currently suffering from testicular cancer.

“Testicular tumors are so-called germ cell tumors. These are easily treatable, especially if diagnosed early. In many cases, the affected athlete can return to sport quite quickly.”

Even if, from a scientific perspective, there is currently no connection between testicular tumors and playing sport, the cases in the Bundesliga have left players unsettled.

“Players are worried at the moment and are sensitive to the issue, which is why many are now getting themselves checked out,” Karl-Heinrich Dittmar, Bayer Leverkusen’s team doctor, told DW. “It’s not such a rare tumor disease in young men.”

Players do undergo regular medical examinations but those mandated by the DFL (which operates the Bundesliga) does not routinely do urological checks.

“At Leverkusen, we do the usual MRI [a scan of the body using a magnetic resonance imaging system] where the pelvis and the thighs are shown. The testicles can also be seen on this image and you can see already here if something is up. Dittmar stated that there are tumor markers found in blood. These can be determined with each blood test.

“What we do at our screenings is sufficient because the blood parameters we determine are very sensitive.”

“It’s more of a coincidence,” Dittmar says. “But that doesn’t mean we won’t continue to be very vigilant in the future.”

This article was adapted from German

The post Does professional football cause testicular cancer? appeared first on Deutsche Welle.