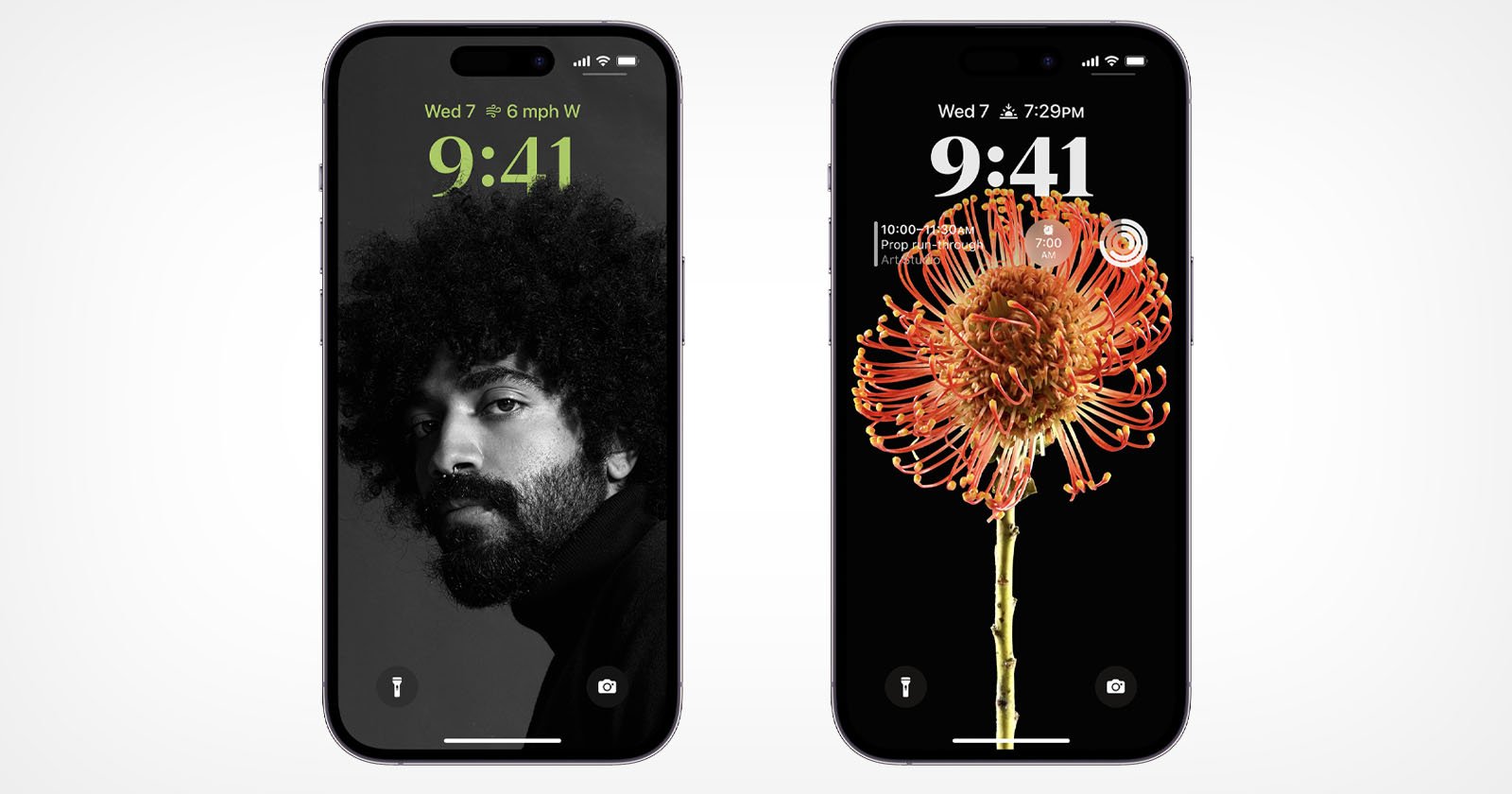 Apple’s iOS 16 is available starting today and brings what the company touts as the biggest ever update to the Lock Screen, the ability to edit and collaborate in Messages, new ways to “interact” with photos, and more.

The update’s headline feature is a more “beautiful” and customizable home screen. Apple says users can add a depth effect to the photo used on the Lock Screen to “artfully” display a photo subject in front of the time which can be paired with customizable font and type style. You can customize the Lock Screen with widgets to display alarms, calendar events, battery level, alarms and time zones. Activity ring progress can be displayed as well.

Messages now have additional features, including the ability edit, undo, mark as unread, and to send messages. SharePlay, which integrates with Messages, allows users to share photos and videos.

When users share files through Messages for collaboration, all thread members will automatically be added. Activity updates are displayed at the top of each thread when anyone makes an edit or changes to the shared documents.

The Mail app received an overhaul and now users can schedule an email to be delivered at a later time, set reminders to come back to a message later, receive automatic suggestions to follow up on an email, and get automatic alerts that let them know if they forgot to include an attachment or a recipient. These updates bring the Mail app more in line with offerings from the likes of Google’s Gmail.

The most major update for photographers is Visual Look Up and Live Text Enhancements, both features that use the iPhone’s camera. To allow the subject to be added to apps like Messages, users can tap and hold it. Visual Look Up can now recognize insects, birds, spiders and statues. This can give users more details about the objects within photos.

Live Text now recognises text within videos. This allows users to pave a video and interact directly with it just as if they were reading the text from another source.

Another photo-focused feature announced in June was the Shared Library, but Apple has not mentioned it in today’s iOS 16 availability announcement.

The full breakdown of new features available in iOS 16 can be found on Apple’s website.