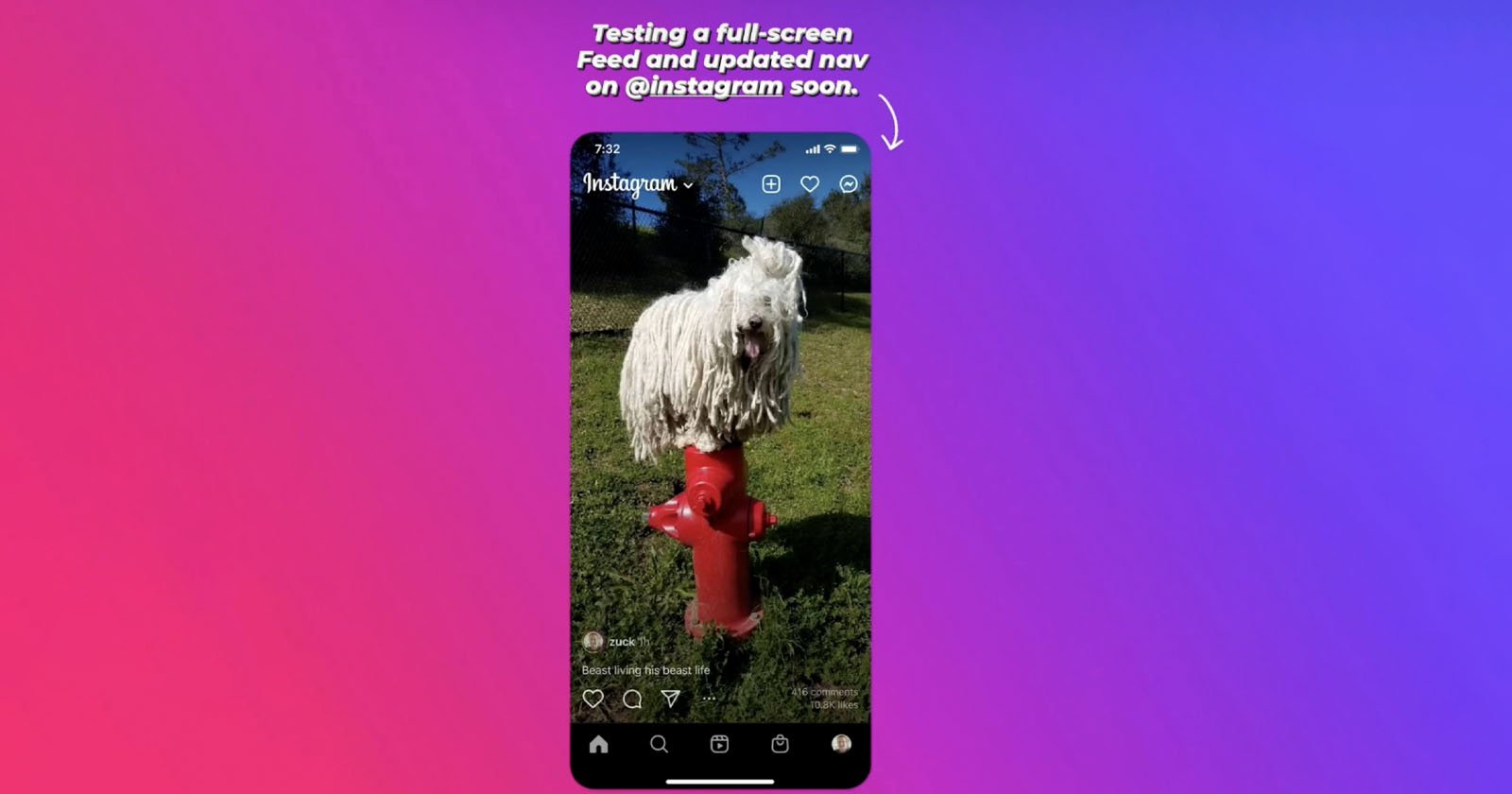 Facebook isn’t the only Meta property that is leaning harder into adopting more TikTok-like features. Instagram is also currently testing a full-screen feed that strongly mimics the company’s rival.

The company announced the change on Mark Zuckerberg’s Instagram. It will now make the feed fill the entire screen like TikTok.

We want it to be easier to find content and to connect with friends,” Zuckerberg wrote. We are working to make photos more prominent in Instagram’s full-screen feed. This test will soon be available to some people. Excited to hear your feedback!”

Other than the change to how feeds will start to look, Zuckerberg’s comment about photos being an “important part of Instagram” is the first that the company has talked openly about its view of photos on the platform since last year. Last July, Instagram’s head Adam Mosseri said that Instagram was “no longer a photo-sharing app” and that it was going to focus on video since it was the number one way its users stayed engaged.

Since then, most of Instagram’s updates have focused on video and shopping, while very little has been prioritized for photography.

But Zuckerberg’s statements here appear to be in contradiction to the previous statement. It will be interesting to see if Instagram returns to what makes it so popular: photographs.

Meta is Going Hard at TikTok

The announcement of the full-screen mode joins another report form Facebook that indicates Meta is pushing hard to copy features that makes its competitor TikTok successful. Facebook plans to revamp its feed algorithm to prioritize recommended posts rather than content posted from accounts people follow. Facebook executives felt that they were not competing with TikTok enough and decided to overhaul the way that their feed worked.