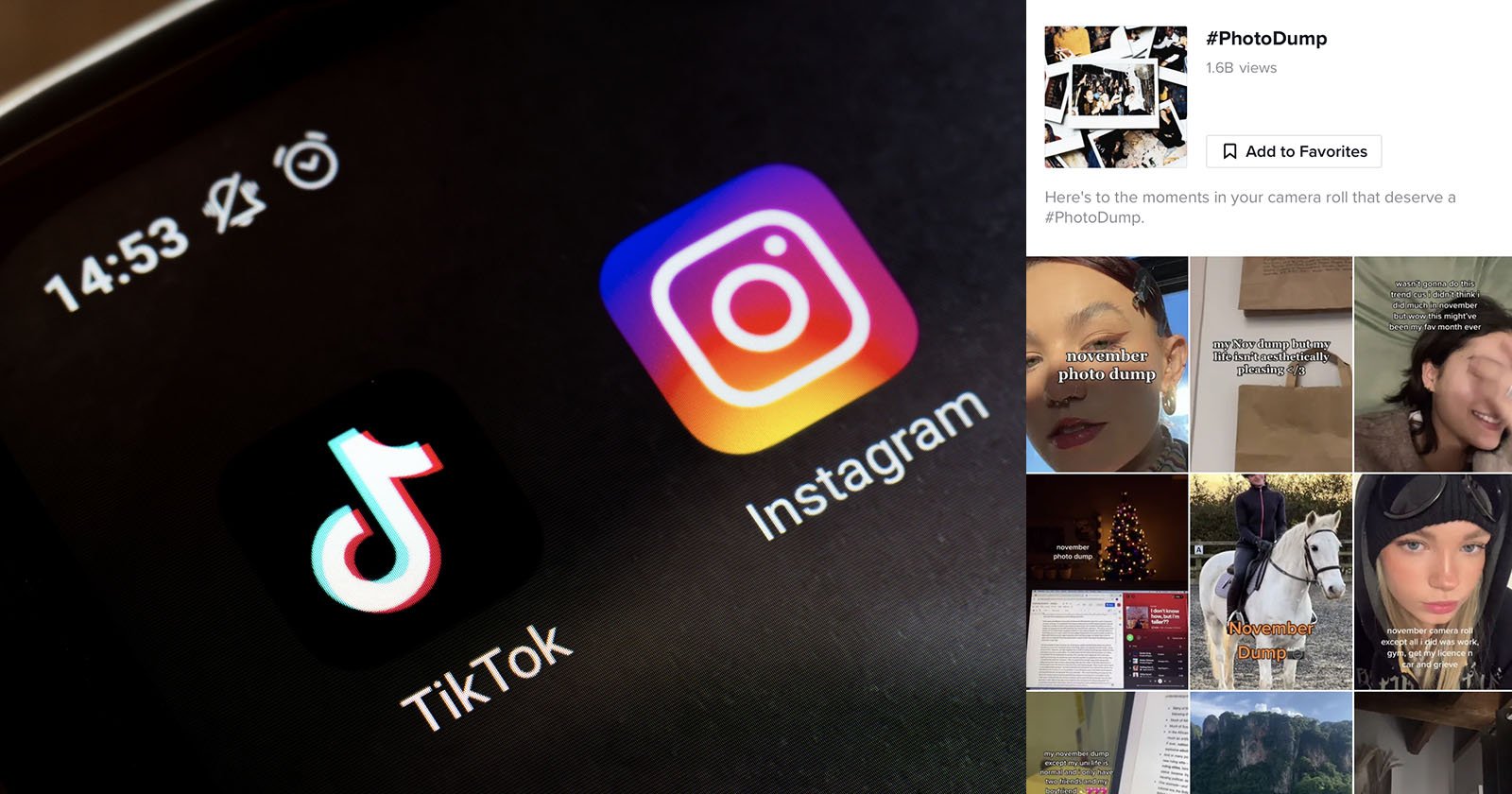 TikTok’s domination in short-form video is not the only thing Instagram should be worried about. While Instagram is moving away from its original roots of photo-sharing, Generation Z found another place to upload their photos and videos — TikTok.

As Instagram pushes full-steam ahead with its plan to focus on short-form video, TikTok has gradually become the app of choice for younger users to spill the contents of their camera roll.

Where once Instagram was the place to find new photo trends, TikTok seems to have taken over that niche. In October last year, Mashable reported on the growing trend for Generation Z users to post their photo dumps on TikTok, rather than Instagram.

The TikTok iteration of a photo dump is similar to Instagram photo dumps but not limited to ten pictures. TikTok users can select as many images from their camera roll as they want and then edit the collection of images — either on TikTok itself or on an external mobile video editor like Splice — to curate a rapid video of their best moments in photographs.

On Tiktok, the tag #photodump currently boasts 1. 6 billion views, while Instagram has 1. 8 million posts for the same hashtag.

With Instagram prioritizing Reels over stills, the world’s biggest photo-sharing app no longer promises the same level of engagement for images it once did and so younger users are turning to TikTok instead. In turn, this has spawned several other photo trends on TikTok that are unique to the app.

A trend, dating back to March 2021, encourages TikTok users to post the last 10 photos they saved on their phones — while the more recent #last5photos trend asks them to only share the last five images on the camera roll.

Meanwhile, the #27photochallenge trend invites TikTok users to add 27 of the best photographs they have taken and make it sync to a sound by the band Harmless. This challenge has over 32. 4 million views and appears to be popular with younger users as well as professional photographers on the app.

TikTok’s viral #ThePhoto trend has also swept the platform with 2. 4 billion views and asks users to post the best selfie or photo of themselves while comparing it to how they look now.

According to Bustle, the popularity of #ThePhoto on TikTok is that it’s reminiscent of the nostalgic joy of finding a great photograph of oneself in the early 2000s then posting it on Instagram or Facebook, and eagerly waiting for the likes and comments to roll in. TikTok has reimagined the thrill of getting the perfect photo for social media into a new trend.

A recent study revealed that the constant pivots of tech giants such as Instagram had worn down Generation Z, leading them to seek out other online options. The younger generation is still interested in sharing their photos on social media but they are simply curating or repurposing them for TikTok.

The continuing relevance of photography for Generation Z is further evident given the soaring popularity of photo-sharing app BeReal, which continues to hold onto the number one spot in the U.S. on Apple’s App Store charts — even beating TikTok.

It is possible that Instagram will lose out to TikTok for video and also cede photography.