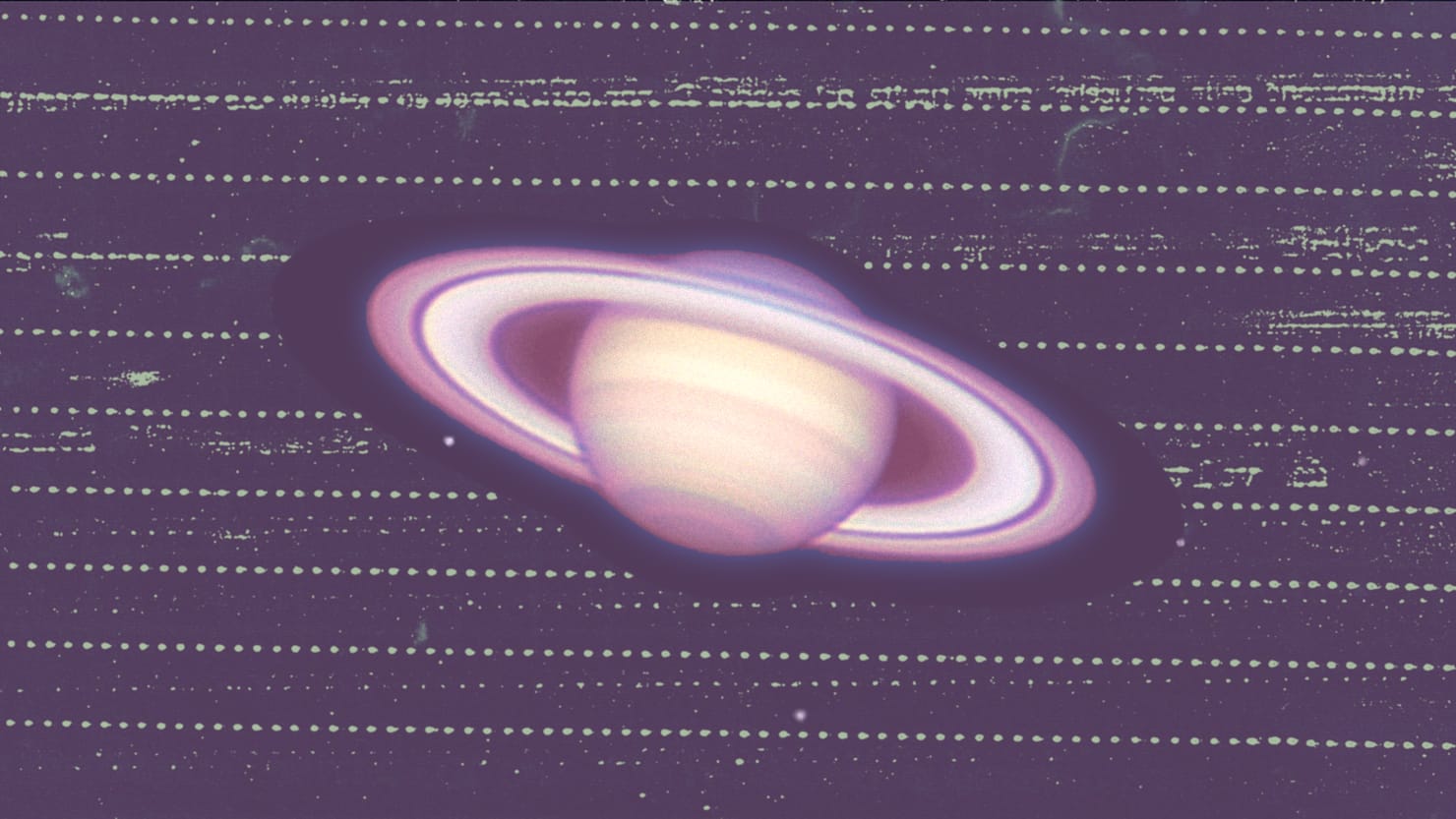 PASADENA, Calif.–From the snow-white Saturnian moon of Enceladus to the brown sludge of your local sewage treatment plant, a new piece of technology from NASA’s Jet Propulsion Laboratory might get the chance to do it all.

JPL’s scientists have designed a package of instruments dubbed the Ocean Worlds Life Surveyor (OWLS) to remotely and autonomously look for signs of life on the solar system’s water-laden bodies. Enceladus is a prime destination to search, as it’s known to have the chemical potential to host microbes–and therefore life.

But the same system that can probe water samples at the molecular and cellular levels some 746 million miles from Earth can do the same here–and wouldn’t it be valuable to have devices independently working 24/7 to remove pollution and contaminants from our waters? You can also attach it to an underwater buoy to monitor for dangerous algae blooms. The scientist who leads the OWLS research team says that a version of this device is needed on the International Space Station in order to monitor its drinking water quality.

“I think in time, this will be one of those NASA success stories where we invented something for a very specific extraterrestrial-type application and have found a lot of applications here on Earth as well,” OWLS co-principal investigator and science lead Peter Willis told The Daily Beast.

What makes OWLS groundbreaking is how it combines automation with innovative technologies such as microscopes with no moving parts and the ability to test liquids in zero gravity. Wind it up and let it run–and that’s exactly what makes it so lucrative for research on terra firma.

“Science, right now, is limited by graduate students. The Daily Beast was told by Lukas Mandrake (an instrument autonomy system engineer) that there are only so many. “Everything is shockingly manual… and that is limiting our ability to make discoveries. So this software has applications all over the place to alleviate that particular bottleneck.”

Mandrake comments came on the same day recent rains across Los Angeles flushed harmful bacteria into Santa Monica Bay. He explained that a person looking at a microscope to see certain objects moving in particular ways makes this determination. “If they don’t see it, they say it’s not dangerous. Wouldn’t it be nice if we could systematize that process?”

Following five years of development, Willis and his team ran OWLS through field testing at California’s Mono Lake earlier this summer. The current equipment is about the same size as a couple of filing cabinets. It found both chemical and cellular evidence that there was life in salt water. Willis stated that the next steps are to shrink down and customize instruments for specific missions.

Despite its promise, the timeline for the OWLS mission is a big question mark. “[I] don’t think we would have data back in less than 15-ish years–and that’s if everything goes perfectly,” Chris Lindensmith, the program’s microscope lead, told The Daily Beast.

Unfortunately, the slow pace of discoveries is just how space exploration works–especially when it comes to Enceladus. The Saturnian moon was not discovered by William Herschel, who later discovered Uranus. Nearly 200 years passed before the two Voyager spacecraft flew by on their tours of the outer solar system. In between, little knowledge was gained beyond specifics of the moon’s orbit, mass, density and reflectivity of light. And relative to the rest of the solar system, it’s tiny; Earth is more than 25 times larger.

But then Enceladus’ potential for harboring life was discovered in 2005, when the Cassini probe buzzed the moon–one of 83 in Saturn’s orbit not embedded in its signature rings. In a dramatic moment backlit by the sun, Cassini witnessed geysers on its surface shooting up more than 300 miles, spurting what later was determined to be mostly salty water vapor and ice, as well as sand. While some of the ejected material returned to the surface looking like snow, Enceladus is our most reflective solar body. However, much of this spray was long enough to reach Saturn’s gravity and form an outer circle.

Molecular hydrogen, and nitrogen- and oxygen-bearing compounds were also discovered on the plumes. On Earth, similar compounds are part of chemical reactions producing amino acids, which are the building blocks of life. The source of the heat was found beneath the south pole’s rock interior.

By the time Cassini’s mission ended in 2017, it sent back home enough data for NASA to announce Enceladus’ external shell of frozen water, 25 miles thick in some places, floats atop a subsurface ocean with depths up to 19 miles.

Water. Heat. Rock. If you’re looking for extraterrestrial life, you could do far worse than start there.

“Then it was like, what more do you need? You’ve got this evidence of a habitable environment underneath a crust of ice,” Willis said.

“Scientists don’t want to send a Roomba to space and say, ‘I hope you do a great job.'”

Once on the scene, OWLS will look for life despite no one knowing what form life might take on in an ocean world. This makes it essential to include the broadest possible array of instruments, capable of measuring sizes ranging from single molecules to microorganisms.

To find chemical evidence of life, OWLS uses its Organic Capillary Electrophoresis Analysis System (OCEANS), which essentially pressure-cooks liquid samples and feeds them to instruments that search for amino acids, fatty acids, and other signs of microbial life. For example, microorganisms found on Earth called methanogens can use molecular hydrogen and carbon dioxide as a source of energy, combining them in a metabolism that generates methane–one of many chemical compounds also found in the plumes.

The OCEANS system is so sensitive, Willis compared it to a shark that can smell just one molecule of blood in a billion molecules of water–and then identify the blood type.

OWLS’ three microscopes–a system named ELVIS [Extant Life Volumetric Imaging System]–uses machine-learning algorithms to both home in on lifelike movement as well as detect objects lit up by fluorescent molecules, whether naturally occurring in living organisms or by added dyes.

Of course, these tests will generate a galactic amount of data, which must be transmitted back home at rates that make the chintziest dial-up modems of the primordial internet age look like optical fiber. In fact, it’s so tedious a task that it’s been compared to looking for a refrigerator’s light that’s orbiting Saturn while you’re on Earth.

Luckily, OWLS has “onboard science instrument autonomy,” which greatly compresses the data by selecting only the most valuable biosignatures to send back. It also keeps a manifest of what wasn’t sent in case something unexpected prompts further review. This way 10 gigabytes collected every minute can be condensed to five essential megabytes received daily on Earth.

“Scientists don’t want to send a Roomba to space and say, ‘I hope you do a great job,'” Mandrake said. “They need summarization and prioritization of what to look at first and what is there, and then they want to dialogue with the spacecraft.”

It was more than 40 years after NASA’s first up-close look at Enceladus before the space agency found clues that might lead to the discovery of extraterrestrial life there. And, as Lindensmith said, it’ll be at least another 15 before we receive data to confirm that hypothesis or shoot it down.

But in the near term, the technology of OWLS may soon appear in biomedical diagnostics, and the monitoring of water quality, and food or pharmaceutical processes. “We envision it being an open-source kind of instrument,” said Willis. “We don’t work for a company; we’re not trying to commercialize these things or make a profit off them.”

There may be no undertaking at JPL more ambitious than looking for extraterrestrial life, and answering the timeless question of whether we’re alone in the universe. OWLS is a useful tool for this noble pursuit.

But in earthier matters, we down here need clean water to drink and safe food to eat. OWLS is able to help.