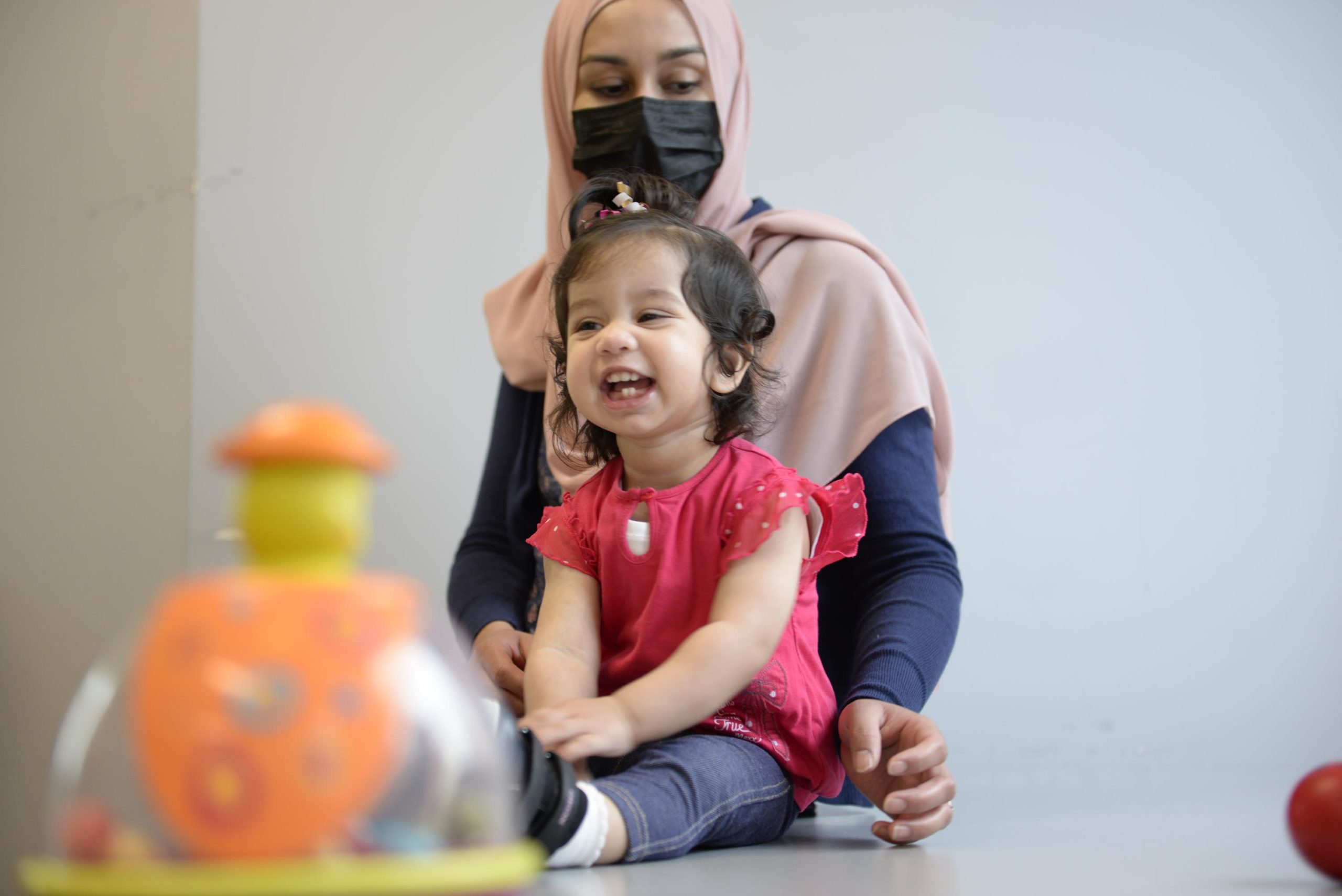 A toddler is thriving after doctors in the U.S. and Canada used a novel technique to treat her before she was born for a rare genetic disease that caused the deaths of two of her sisters.

Ayla Bashir, a 16-month-old from Ottawa, Ontario, is the first child treated as fetus for Pompe disease, an inherited and often fatal disorder in which the body fails to make some or all of a crucial protein.

Today, she’s an active, happy girl who has met her developmental milestones, according to her father, Zahid Bashir and mother, Sobia Qureshi.

“She’s just a regular little 1½-year-old who keeps us on our toes,” Bashir said. The couple previously lost two daughters, Zara, 2½, and Sara, 8 months, to the disease. A third pregnancy was terminated because of the disorder.

In a case study published Wednesday in the New England Journal of Medicine, doctors describe an international collaboration during the COVID-19 pandemic that led to the treatment that may have saved Ayla’s life – and expanded the field of potential fetal therapies. The outlook for Ayla is promising but uncertain.

“It holds a glimmer of hope for being able to treat them in utero instead of waiting until damage is already well-established,” said Dr. Karen Fung-Kee-Fung, a maternal-fetal medicine specialist at The Ottawa Hospital who gave the treatment and delivered Ayla.

Fung-Kee-Fung was following a new treatment plan developed by Dr. Tippi MacKenzie, a pediatric surgeon and co-director of the Center for Maternal-Fetal Precision Medicine at the University of California, San Francisco, who shared her research after the pandemic prevented Ayla’s mother from traveling for care.

“We were all motivated to make this happen for this family,” MacKenzie said.

Doctors have treated fetuses before birth for three decades, often with surgeries to repair birth defects such as spina bifida. And they’ve given blood transfusions to fetuses through the umbilical cord, but not medicines. In this case, the crucial enzymes were delivered through a needle inserted through the mother’s abdomen and guided into a vein in the umbilical cord. Ayla received six biweekly infusions that started at about 24 weeks of gestation.

“The innovation here wasn’t the drug and it wasn’t accessing the fetal circulation,” said Dr. Pranesh Chakraborty, a metabolic geneticist at Childrens Hospital of Eastern Ontario, who has cared for Ayla’s family for years. “The innovation was treating earlier and treating while still in utero.”

The unusual partnership also involved experts at Duke University in Durham, N.C., which has led research on Pompe disease, and University of Washington in Seattle.

Babies with Pompe disease are often treated soon after birth with replacement enzymes to slow devastating effects of the condition, which affects fewer than 1 in 100,000 newborns. It is caused by mutations in a gene that makes an enzyme that breaks down glycogen, or stored sugar, in cells. When that enzyme is reduced or eliminated, glycogen builds up dangerously throughout the body.

In addition, the most severely affected babies, including Ayla, have an immune condition in which their bodies block the infused enzymes, eventually stopping the therapy from working. The hope is that Ayla’s early treatment will reduce the severity of that immune response.

Babies with Pompe disease have trouble feeding, muscle weakness, floppiness and, often, grossly enlarged hearts. Untreated, most die from heart or breathing problems in the first year of life.

In late 2020, Bashir and Qureshi had learned they were expecting Ayla and that prenatal tests showed she, too, had Pompe disease.

“It was very, very scary,” recalled Qureshi. In addition to the girls who died, the couple have a son, Hamza, 13, and a daughter, Maha, 5, who are not affected.

Both parents carry a recessive gene for Pompe disease, which means there’s a 1 in 4 chance that a baby will inherit the condition. Bashir said their decision to proceed with additional pregnancies was guided by their Muslim faith.

“We believe that what will come our way is part of what’s meant or destined for us,” he said. They have no plans for more children, they said.

Chakraborty had learned of MacKenzie’s early stage trial to test the enzyme therapy and thought early treatment might be a solution for the family.

The treatment could be “potentially very significant,” said Dr. Brendan Lanpher, a medical geneticist at the Mayo Clinic in Rochester, Minn., who was not involved in the research.

“This is a progressive disease that builds up over time, so every day a fetus or baby has it, they’re accumulating more of the material that affects muscle cells.”

Still, it’s too early to know whether the protocol will become accepted treatment, said Dr. Christina Lam, interim medical director of biochemical genetics at the University of Washington and Seattle Children’s Hospital in Seattle.

“It’s going to take some time to really be able to establish the evidence to definitively show that the outcomes are better,” she said.

Ayla receives drugs to suppress her immune system and weekly enzyme infusions that take five to six hours — a growing challenge for a wiggly toddler, her mother said. Unless a new treatment emerges, Ayla can expect to continue the infusions for life. She is developing normally — for now. Her parents say every milestone, such as when she started to crawl, is especially precious.