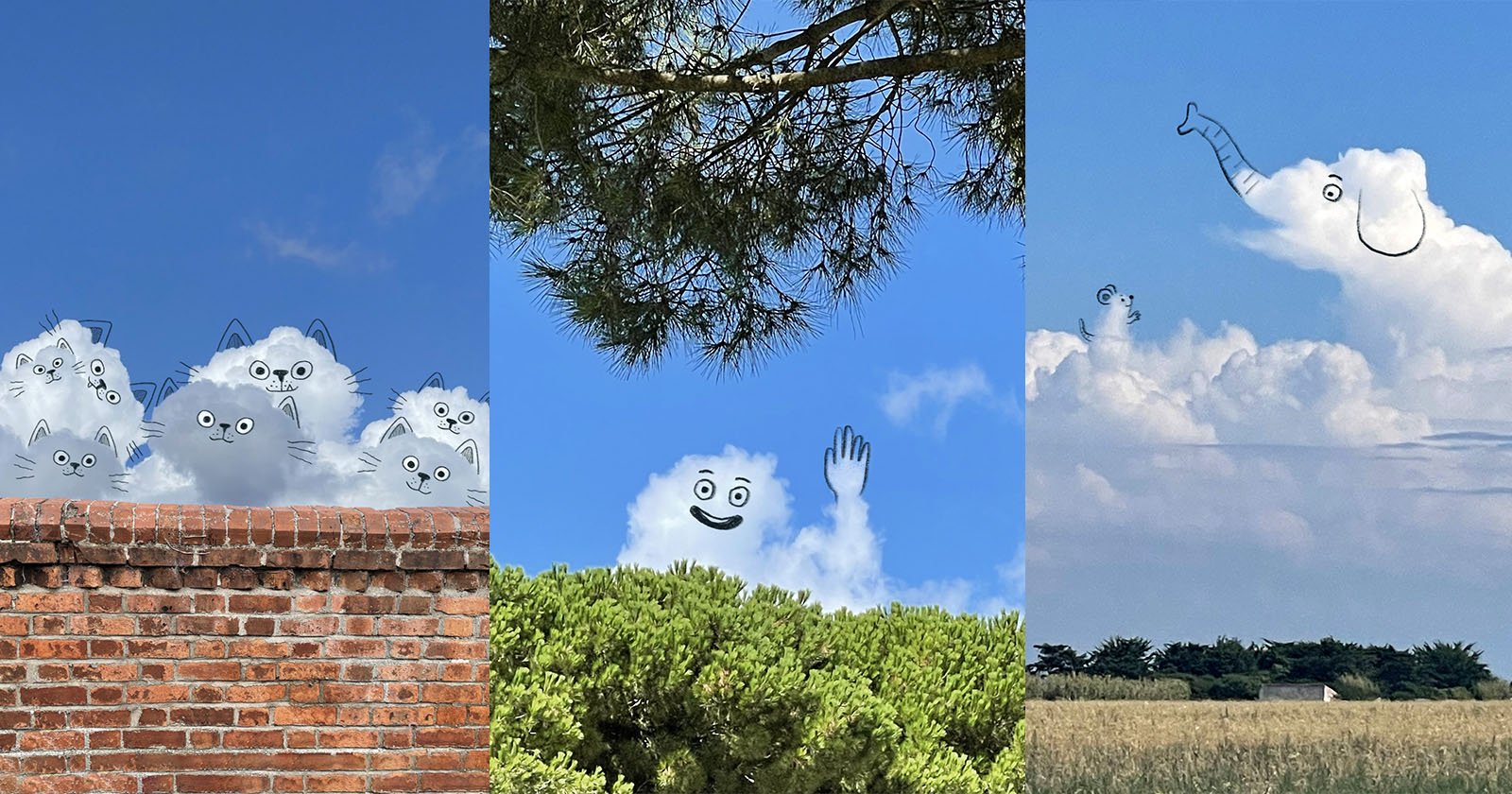 A Daily Cloud by Chris Judge, an illustrator whose unique approach to art and photography fuses art with illustration.

Judge tells PetaPixel that the successful project, which boasts 350,000 followers on Instagram, was a result of lockdown boredom.

“I was spending a lot of time in the garden with my two young daughters turning the garden into a little sanctuary for us to hang out in,” explains Judge.

“My 8-year-old daughter had commandeered my old Canon G9 II and was taking hundreds of lovely photos of the flowers in bloom, bugs, birds, and lots of things in the garden.” 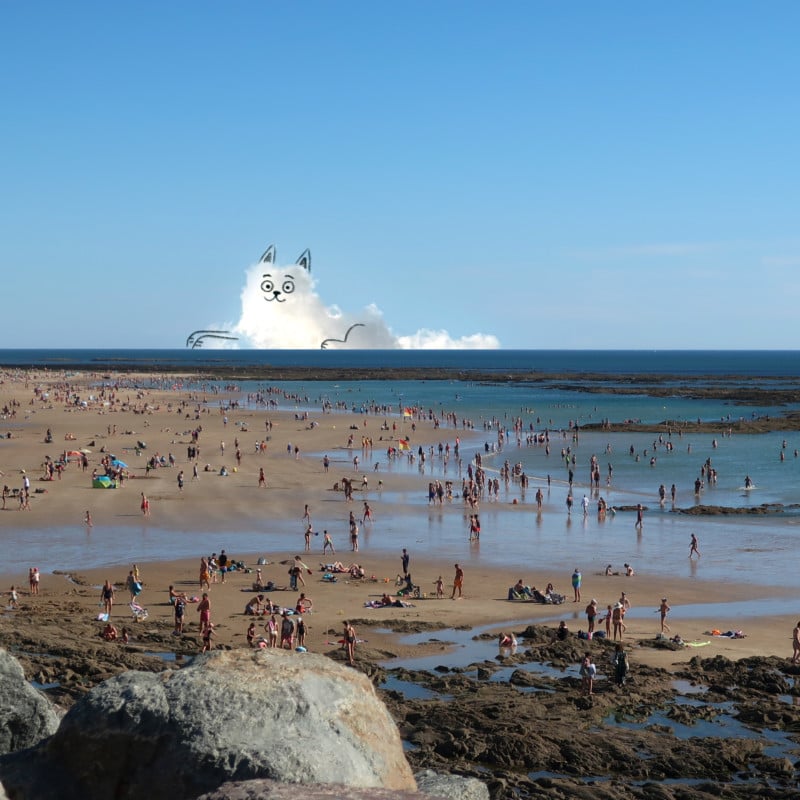 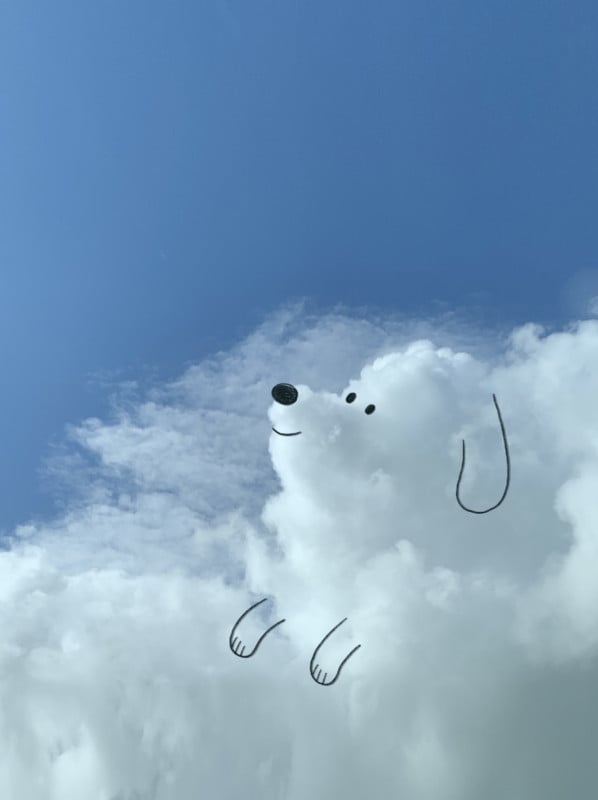 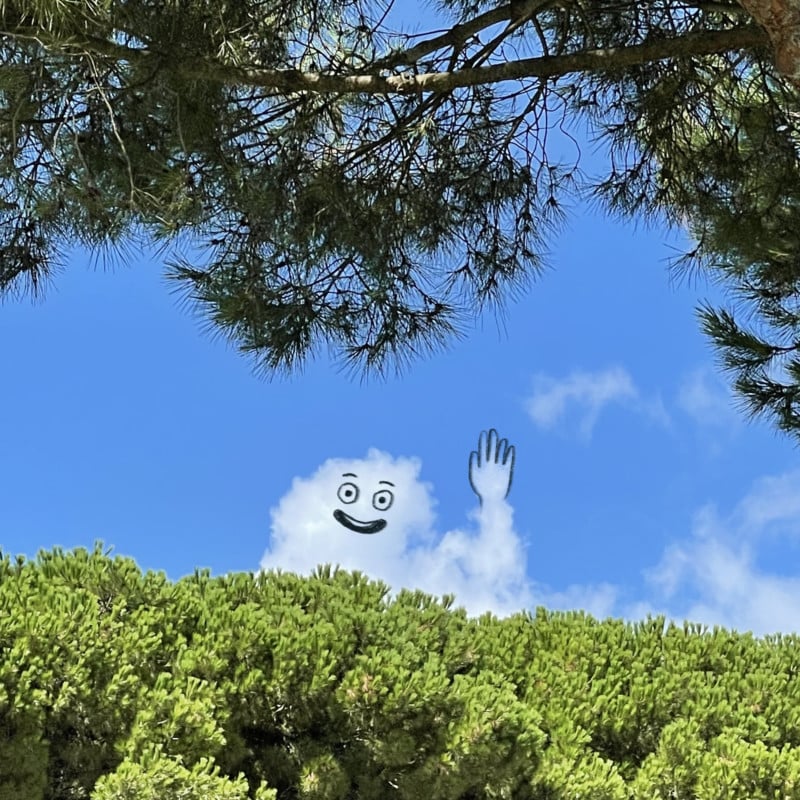 The lockdowns forced photographers to start looking to the skies where life was still carrying on as normal and one day Judge spotted “some beautiful pink clouds that looked like a monkey and a bear.”

“I took photos of them and on a whim drew very simple pencil lines on them and posted them on Twitter and Instagram,” he explains.

“There was a wonderful, positive reaction to them and 70,000 likes so I decided to make one every day.” 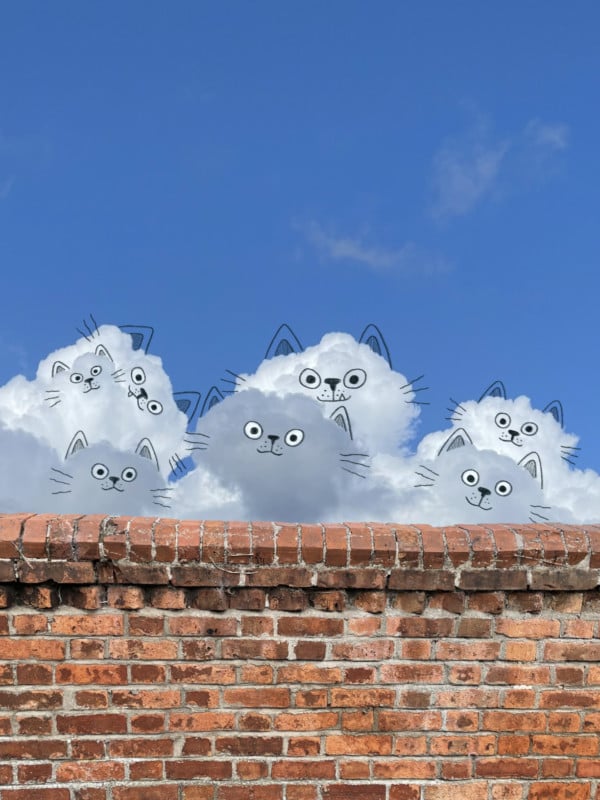 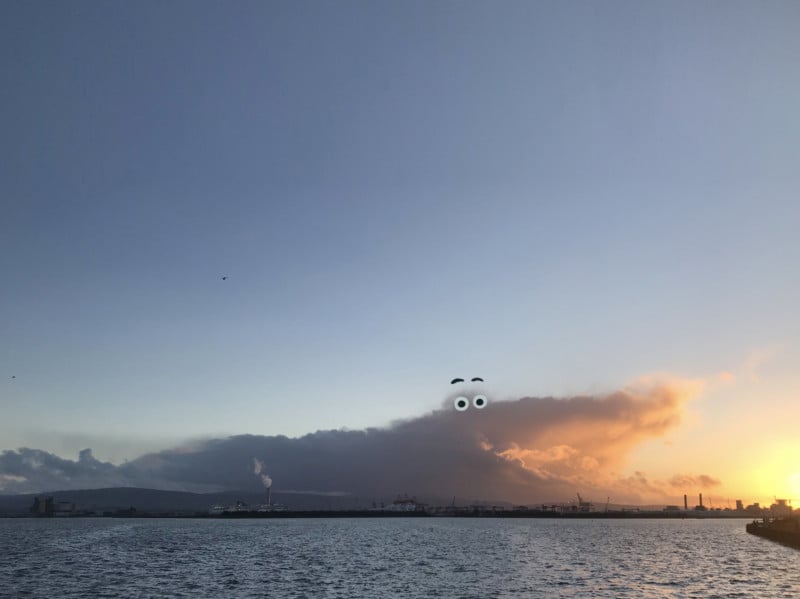 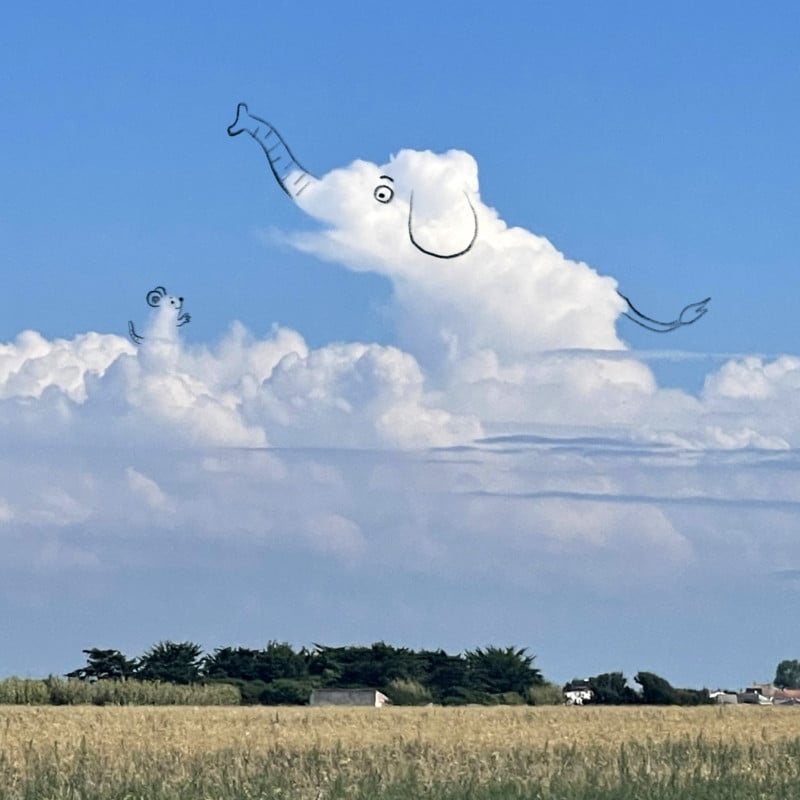 The resulting images are a playful, wonderfully creative interpretation of everyday life that many people would never notice.

Ireland-based Judge, who is also a children’s picture book author, says that if it is a cloudy day outside then he will head out and take plenty of photos with his iPhone or Canon M6 Mark II.

“I have built up a folder with about 30,000 cloud photos so I usually have a few to choose from to draw on,” he explains.

“I also get lots of messages on Twitter and Instagram of photos of clouds from all over the world which I love receiving.” 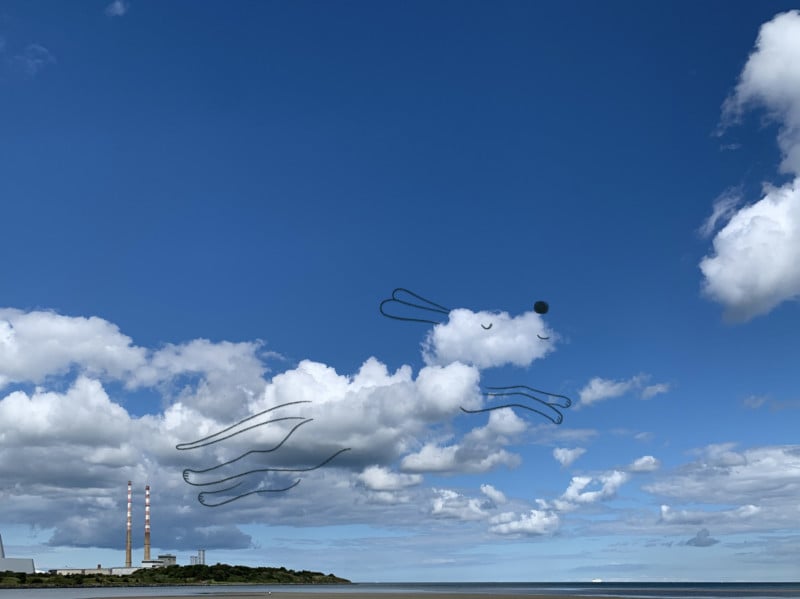 Judge’s daily routine now involves choosing a photo that he’s taken, or someone has sent him and importing it into Procreate, a graphics editor app.

“I try to draw as few lines as possible and let the shape of the cloud itself do the heavy lifting,” Judge says of his work.

The Daily Cloud Project is an excellent example of how photographers can expand on their work.