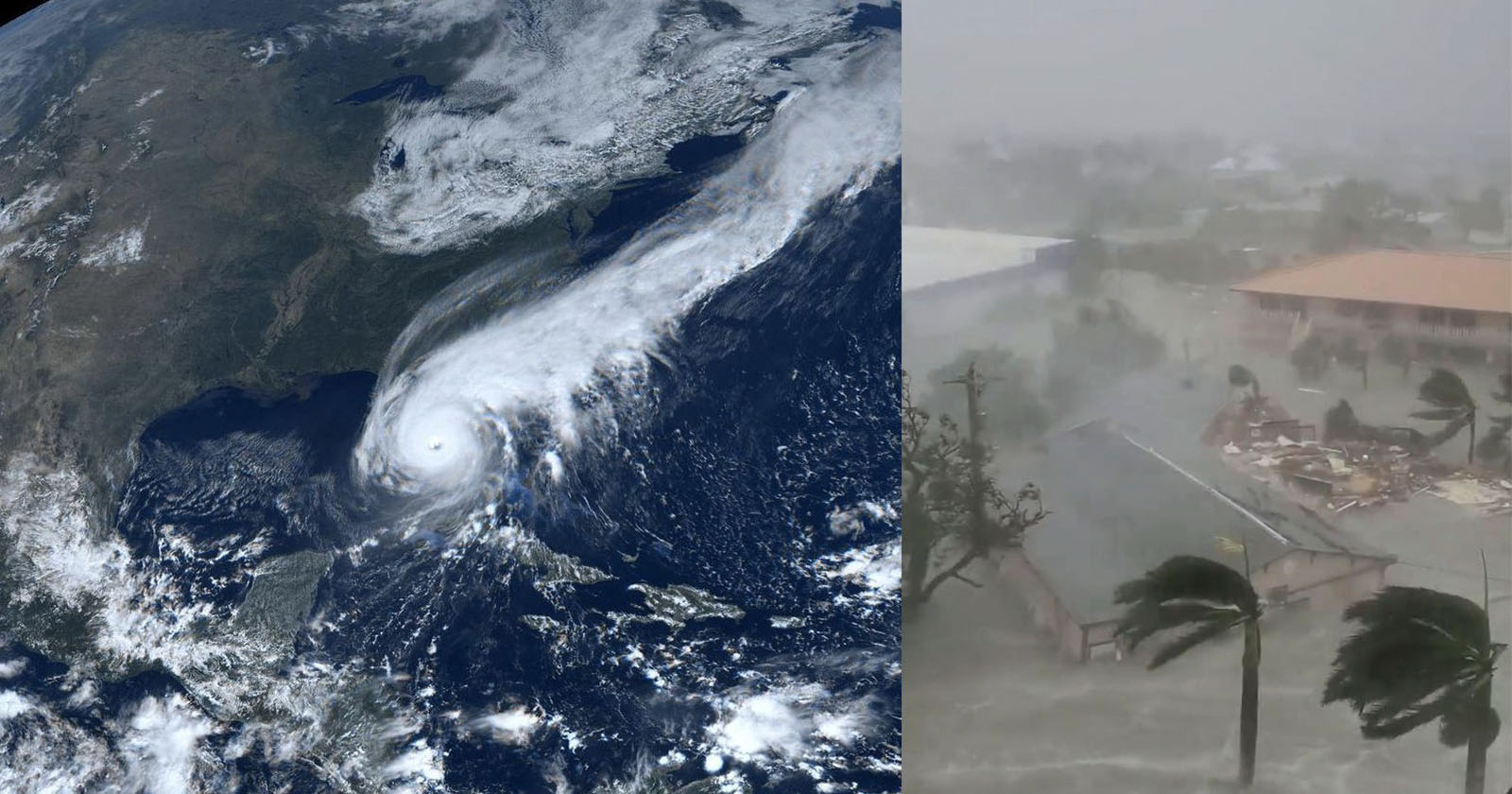 Hurricane Ian made landfall in Florida, threatening lives and cutting off power supply to millions.

NAS’s Geostationary Operational Environmental Satellite 16 (GOES-16) captured images of the storm as it blew winds of 155 miles per hour, briefly making it a category four storm until it mercifully subsided as it moved inland. It is now considered a category one storm.

Meanwhile, astronauts aboard the International Space Station (ISS) have been capturing stunning scenes of the storm from above with the station’s hardware visible. The photos, taken of the storm on Monday, were released by the space agency on Wednesday evening.

While Hurricane Ian created incredible views for spacecraft orbiting the Earth, on the ground things were bleak. The devastation caused by Hurricane Ian can be seen in Fort Myer Beach’s video.

Houses are destroyed and some are floating away as Ian’s eyewall hammers southwest Florida. This is video from Fort Myers Beach, Florida off Estero Blvd by Loni Architects pic.twitter.com/6GqrxLRv9Q

Footage captured by Frank Loni shows winds approaching a hundred miles per hour and high water along Estero Boulevard in Fort Myers Beach. A second camera was placed at the same spot and showed an unusual first-person view of the camera from six feet above the ground.

*RARE* first person view of storm surge. This camera is 6 feet off the ground on Estero Blvd in Fort Myers Beach, FL. Not sure how much longer it keeps working. You’ll see it live only on @weatherchannel #Ian pic.twitter.com/WwHtvgVxjY

While Brennan Prill filmed video at Fort Myers’ webcam, he sped up the footage into a Timelapse to let viewers see how fast it is moving.

I’ve been capturing video from this webcam in Fort Myers all day and I’ve put it into a Timelapse. Check out the storm surge rushing in! Crazy. #Ian #flwx pic.twitter.com/lj7a1wThga

Fort Myers resident Brad Habuda even published a video of a shark swimming in his neighborhood Devonwood.

@Gutfeldfox somehow a shark ended up in a Fort Myers neighborhood during Hurricane Ian.. pic.twitter.com/l3WbzgNQHj

Power outages in Florida have struck over two million homes and businesses while the city of Fort Myers has declared a curfew after reports of looting. President Biden will receive a briefing on Thursday at the Federal Emergency Management Agency as Ian continues to move through the Sunshine State.