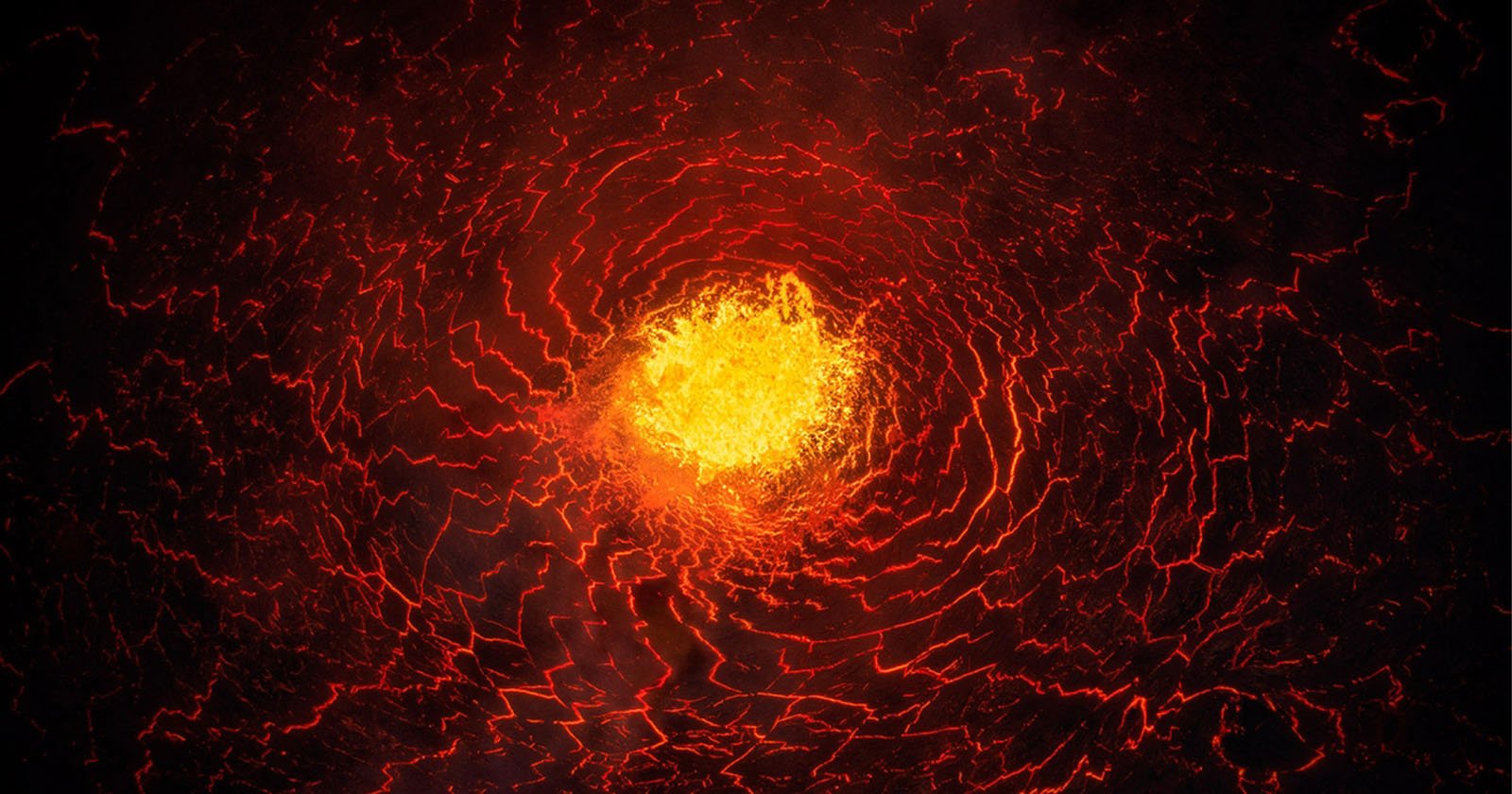 The Siena Awards has announced the winners of the Drone Photo Awards 2022. French photographer Armand Sarlangue won the top honor for his image of Iceland’s volcano. The Drone Photo Awards 2022 saw thousands of images submitted by 2,642 photographers from 116 countries and the winning images will be showcased in an exhibition titled “Above Us Only Sky” during the Siena Awards events at the Museum of Natural History.

The Siena Awards Festival is scheduled in Siena from October 1 until November 20 with eight photographic exhibitions. Three collective exhibitions are dedicated to the Siena Awards contests: Siena International Photo Awards, Drone Photo Awards, and Creative Awards. Four solo exhibitions are dedicated to Danish Siddiqui, killed in 2021 in Afghanistan during one of his reports; Ami Vitale, National Geographic photographer; Dan Winters, an icon of international photography and author of the most popular portraits of celebrities of the past 15 years, and Peter Mather, a member of the International League of Conservation Photographers. The Drone Photo Awards had a single winner overall and winners in nine other categories, including Urban, People Wildlife, Nature Sport, Abstraction, Wedding, and Photo series. Video entries are eligible for awards.

The overall winner image is an over-view of Fagradalsfjall volcano, Iceland’s main crater. This was taken during its last eruption phase. It was captured as a storm was hitting west Iceland, with rain and strong winds. Armand Sarlangue, photographer, says that this drone capture is rare due to difficult circumstances.

Below are the images that won each Siena Award.

Rooftops of Kartoffelraekkerne neighborhood, in Oesterbro. The neighborhood was built in the late 1800s for the working class families. Today, it is one of the most sought for in Copenhagen.

Dhaka is located on the bank of the famous Buriganga river. Sadarghat river port, Dhaka, is the most important port in Bangladesh. It provides services to all of Bangladesh’s districts. Small boats are used by people from both banks of the Buriganga River to cross it. The boat men working on them, usually sleep at night on the boats themselves.

Flamingos sleep together at night for greater security and stay close together during the day, thus protecting each other. In this crowd of bodies the colorful nuances of the plumage and the reflections of the light stand out.

This picture is the result of a dream come true: the meeting of the desert and the ocean. The drone rose higher and the photographer saw a special atmosphere where light highlighted the beautiful shapes of the dunes that flow into the South Atlantic Ocean.

The photo taken in March 2022 shows the competitors of the annual ski event: Bieg Piastow held in Szklarska Poreba, at its 46th edition. The track is surrounded with snowy trees and skiers glide along it in colorful costumes.

Some laborers at work in a salt pan where they move the salt to form circular lines allowing a slow evaporation under the hot sun. It’s hard work!

The effect of the sun on the water, a felled tree and a brave bride lying on it: a magnificent picture drawn by nature. The surface of the water looks like a starry night sky, while the bride looks seems a dreamy princess.

The photo series category was won by photographer Dmitry Kokh for his fascinating series of photos showing polar bears that have taken over the abandoned buildings of a meteorological station on an island between Russia and Alaska. PetaPixel featured that series in full in January.

The following three videos were named winners of the showreel (general), travel, and photojournalism categories in that order:

To see all the winning images as well as the other finalists, visit the Drone Photo Awards 2022 website.

Image credits: All photos are individually credited and were provided courtesy of the Siena Awards Drone Photo Awards 2022.