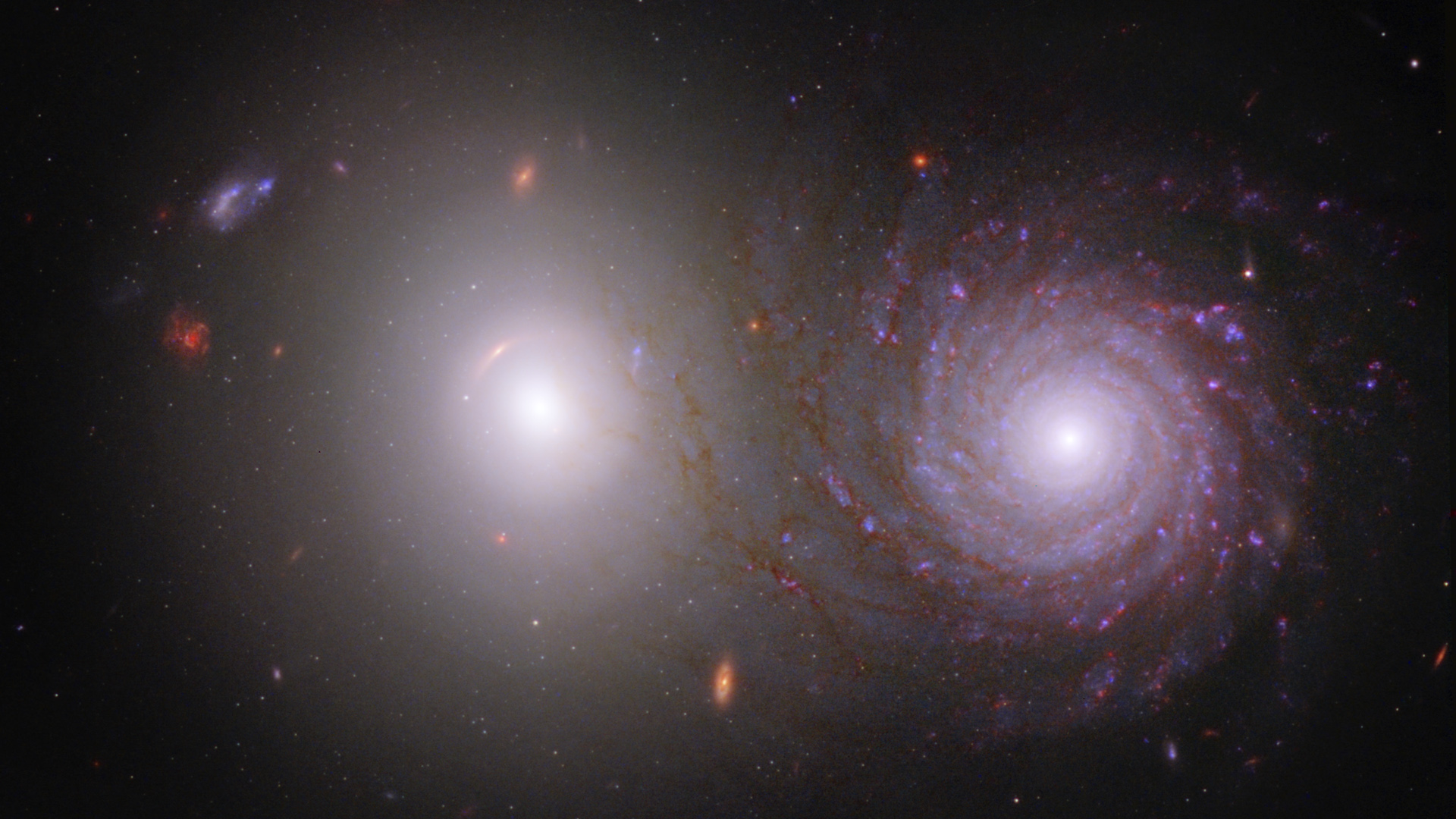 NASA has released a new image of a galactic pair known as VV 191. While beautiful, what makes the image truly special is the corroboration of data pulled from both the James Webb space telescope and the Hubble space telescope, which has proven that a Webb and Hubble team-up could provide some extraordinary data points for researchers to look into.

The image was made using infrared data, which James Webb is well-known for. This data allows James Webb to see deeper into the heart Orion Nebula ,, and further into the beginning universe with Webb’s first images .. When combined with ultraviolet and visible light captured by Hubble, it really showcases the importance of keeping Hubble running for a James Webb and Hubble team-up.

NASA claims that this image provides more details about the interaction between the galaxies and the galaxies surrounding them. You can make out the long, dusty spiral arms that James Webb captured more clearly thanks to its infrared instruments. We could look at the universe differently if we were able to use data from Hubble and James Webb to make more images such as this.

A NASA post on the image says that VV 191 is one of a few galaxies that are helping researchers compare galactic dust’s properties directly from different galaxies. The image also contains Hubble and James Webb data, giving us the most detailed look we have ever been able.

Hopefully, this image is just the start of many other James Webb and Hubble team-ups. The data from both space telescopes can help us to learn more about the universe. And, with James Webb already detecting carbon dioxide and other important compounds on distant planets, the power that both offer put together could be an unstoppable force for researchers.

The post Image of Galactic Pair shows potential of a Webb and Hubble team-up appeared first on BGR.