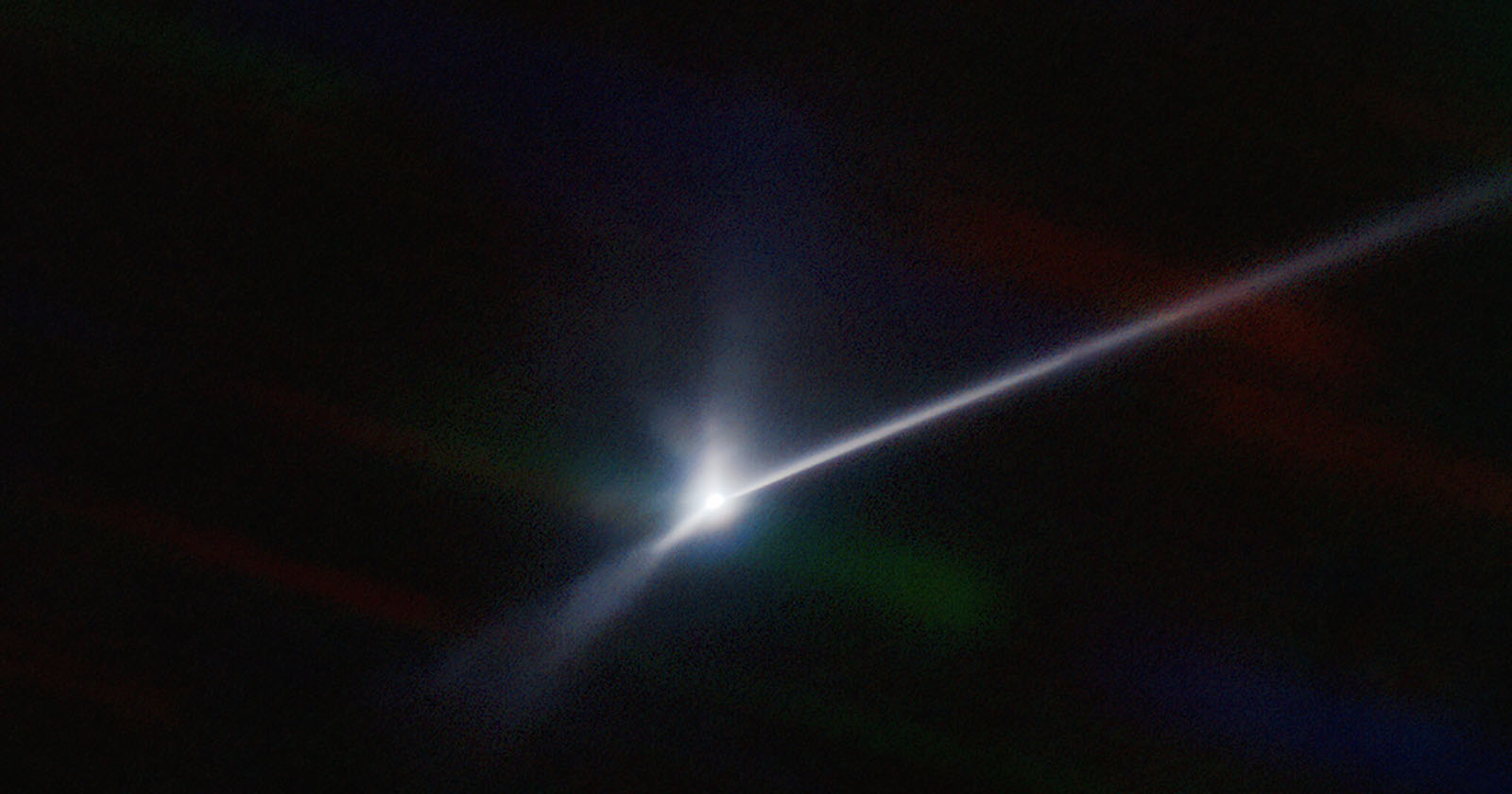 After NASA successfully crashed a spacecraft into Dimorphos last week, the asteroid now has a 6,000 mile-long tail made of dust and debris.

Astronomers used the Southern Astrophysical Research Telescope in Chile to capture an image of Dimorphos’ comet-like tail. This was due to NASA’s Double Asteroid Redirection Test and Sun radiation pressure, which caused the material to disappear.

“It’s amazing how clearly and quickly we were able capture the structure, extent and aftermath of the impact in just a few days,” Teddy Kareta said.

Kareta, along with Matthew Knight of the U.S. Naval Academy, used the 4. 1-meter SOAR telescope at the Cerro Tolololo Inter-American Observatory in Chile to capture the vast plume of debris that was blasted from the asteroid’s surface.

SOAR will continue to observe the aftermath of the DART impact, seen above, collecting data that will help assess how successful the attempt to modify Dimophos’ orbit has been.

“This is the next stage of the DART team’s work. They will analyze the data collected and observe the observations made by other observers from around the globe who also participated in this fascinating event. Knight states.

We plan to use SOAR in order to track the ejecta over the next weeks and months. Combining SOAR with AEON provides the best way to monitor evolving events such as this one .”

Photos of the impact were taken by a tiny spacecraft known as the LICIACube.

Analyzing the impact that DART had on the asteroid will help scientists understand how to protect Earth and its inhabitants in the event that a meteor is on a direct-collision course with Earth.

The image from SOAR will show how DART caused damage to the asteroid and what percentage of it was destroyed. Scientists also hope to learn about the nature of the surface of Dimorphos.

The entire exercise demonstrates the planetary-defense capabilities that humans have. A second observatory, currently in construction, will be conducting a Solar System census to find potentially hazardous asteroids. The Vera C. Rubin Observatory is being built in Chile and funded by the National Science Foundation (NSF) and the U.S. Department of Energy.