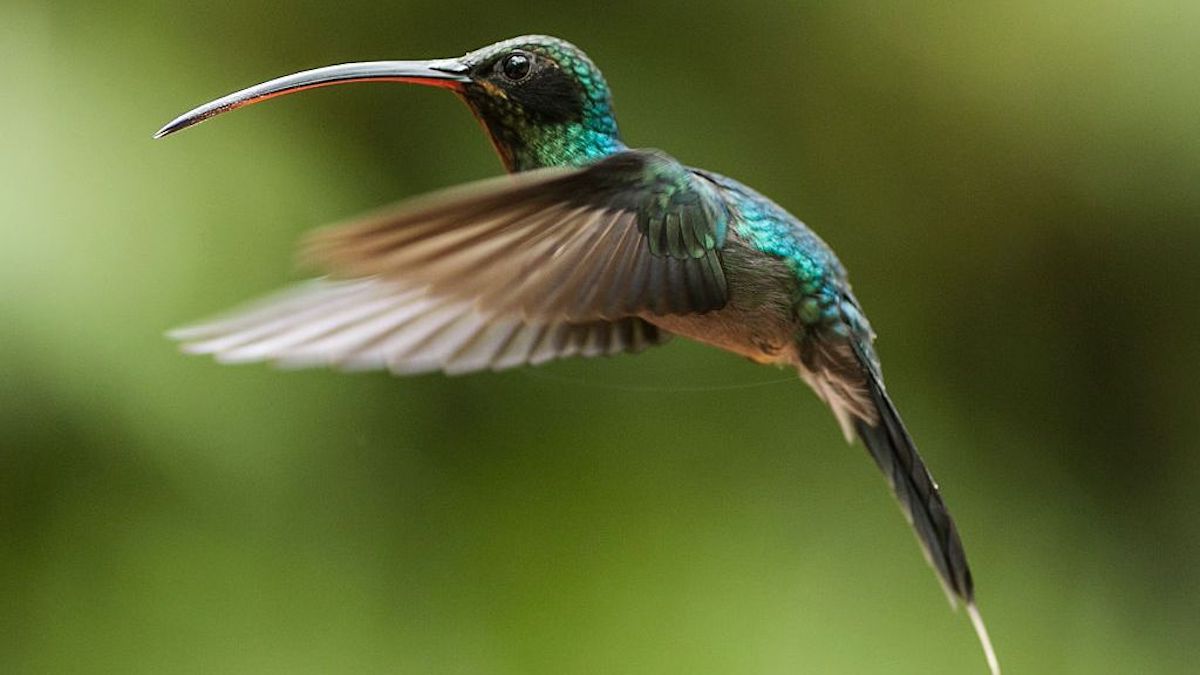 Hummingbirds could be wiped out by global warming, warns a new study. Scientists say they will need to migrate north in order to find cooler climates, or else disappear.

Hummingbirds perform the most exhausting type of flight in the animal world. Their habit of hovering demands far more energy and oxygen than conventional flight.

Thin air is not a barrier for these birds. These birds thrive high up on mountain ranges, from Alaska to South America.

A study found the challenges of relocating may be too much for the agile little aeronauts.

Lead author Austin Spence, a Ph.D. student at the University of Connecticut, said: “Overall, these results suggest low air pressure and oxygen availability may reduce hovering performance in hummingbirds when exposed to the acute challenge of high-elevation conditions.”

Thinner and colder air is particularly problematic for creatures struggling to keep warm when less oxygen is available.

The study focused on Anna’s hummingbirds (Calypte anna) which are comfortable up to elevations of around 2,800 meters (9,000 feet).

They lured them into net traps from sites in California – ranging from 10 meters (30 feet) above sea level in Sacramento and up to 2,400 meters (7,800 feet) in Mammoth Lakes.

Then the researchers transported them to an aviary in western California at 1,215 meters (3,900 feet). After the birds spent some time in their new homes, they were given a funnel into which their heads could be inserted.

Metabolic rate was measured overnight as the tiny creatures allowed their metabolism to tumble when they rest.

The form of mini-hibernation conserves energy during sleep. Hummingbirds can cool their bodies to less than 4degC (39. 2degF) at night – the lowest temperature recorded in any bird.

They have wings that beat more than 10 times a second and during daylight, they use their hovering ability to suck nectar from thousands of flowers.

To keep up, their tiny hearts beat around 1,000 times a minute, but this drops to just 50 during rest.

Spence and colleagues relocated the birds to a nearby research station 3,800 meters (12,000 feet) up near the peak of Mount Barcroft.

The air is thinner with roughly 39 percent less oxygen and about 5degC (41degF) colder. After four days at the new altitude, metabolic rates were assessed again.

The hovering hummingbirds should have been working harder to remain aloft in the thin air 1000 meters (3,200 feet) above their natural range, but they actually experienced a 37 percent drop in metabolic rate. The team found that all birds struggled on top of the mountains regardless of where they originated.

What’s more? The birds had to drop their metabolism for longer periods of time at night. They spent more than 87. 5 percent of the chilly high-altitude night in torpor.

Spence said: “It means that even if they are from a warm or cool spot, they use torpor when its super-cold, which is cool.”

The team also checked the size of the animals’ lungs to find out whether they got bigger in those that originated from higher altitudes to compensate for meager oxygen supply. They didn’t.

But the birds did have larger hearts to circulate oxygen around the body.

The findings in the Journal of Experimental Biology have implications for the hummingbirds’ future as they seek more comfortable conditions due to climate change.

Spence added: “‘Our results suggest lower oxygen availability and low air pressure may be difficult challenges to overcome for hummingbirds.”

The post Hummingbirds Could Be Wiped Out By Global Warming: Scientists appeared first on Newsweek.