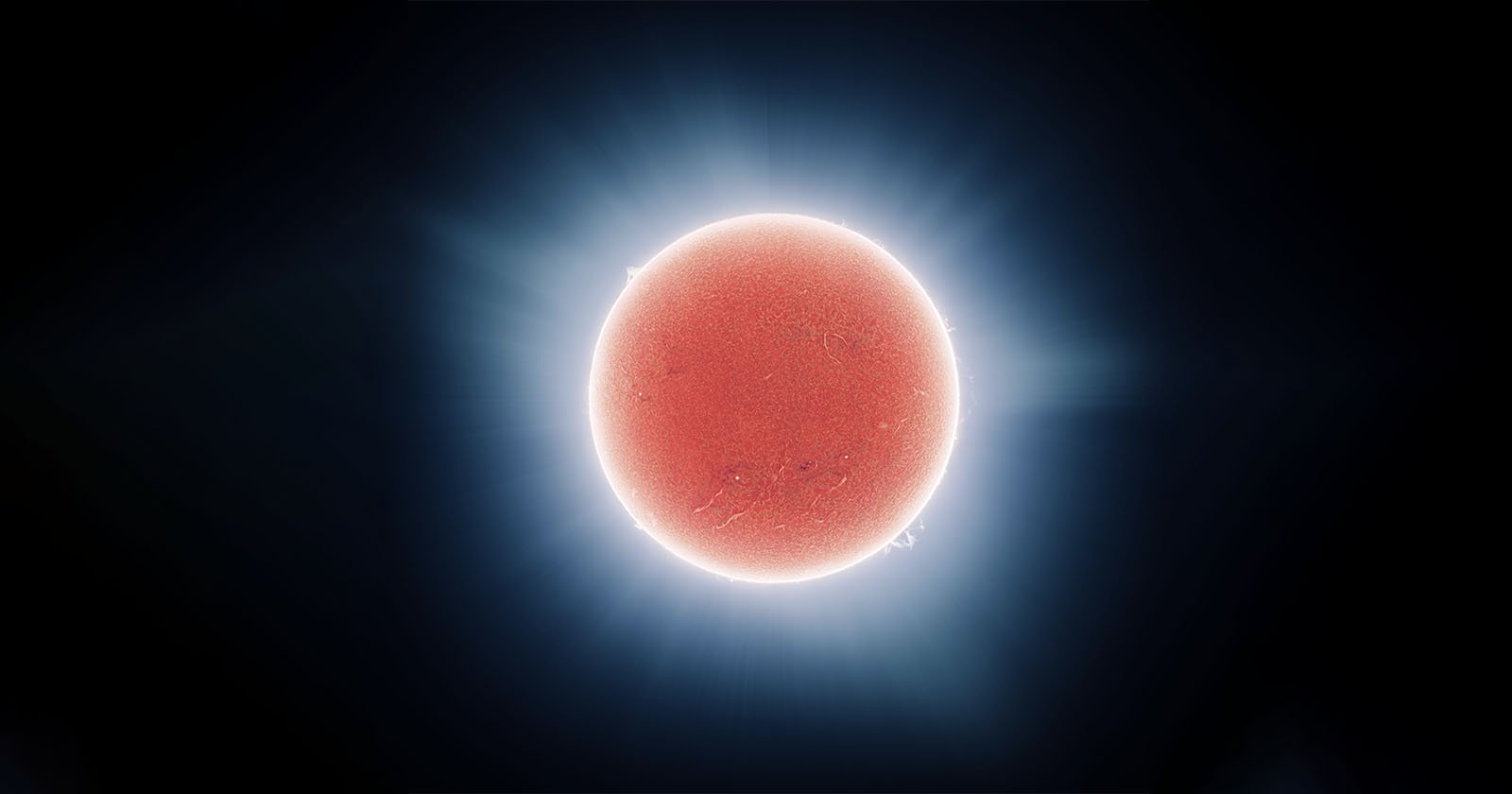 Talented astrophotographer Andrew McCarthy has posted a wonderous 145-megapixel image of the sun he captured with a specially modified telescope.

The incredible detail of our nearest star is a complex image that essentially boils down to capturing two of the Sun’s three atmospheres.

The first is the Corona, the outermost part of the Sun’s atmosphere, which McCarthy tells PetaPixel he captured back in 2017.

Here’s the corona shot. I am now more knowledgeable about photography and looking forward to seeing the next eclipse. pic.twitter.com/YZ8ObdeIIU

“The Corona shot was captured using a Canon Digital Rebel and a 300mm Tamron telephoto lens,” he explains.

“It was captured with automatic settings, as it was before I learned anything about photography. The exposure time was approximately one second.

“For the next eclipse, my approach will be quite different.” 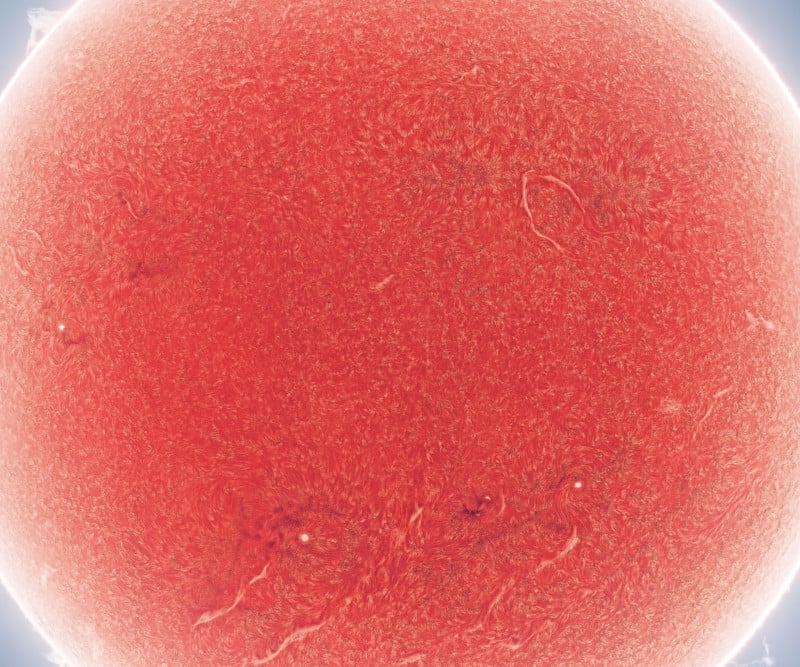 The second element of the photo, the chromosphere, was captured last Tuesday. But this capture required a far more advanced kit than a Canon Rebel.

“It was modified using multiple filters, including an electronic-tuned hydrogen alpha filter called a ‘daystar quark’ which allows me to see the narrow bandpass of light that makes the atmospheric details of the chromosphere visible.”

The chromosphere image is a mosaic of some 45 tiles, with each tile a stack of 2,000 photos. His telescope has a focal length of 4,000mm.

“This was necessary to incorporate ‘lucky imaging’ to get a sharper image. Each individual shot was captured at six meters per second and 100 gain through the heavily filtered telescope at f/27.”

McCarthy says that he is forever “tinkering” with his telescope, using custom and modified parts, to get greatly detailed images.

It is almost impossible to photograph the Corona and Chromosphere simultaneously due to the stark differences in their brightness. McCarthy combined the images so that the solar atmospheres could be seen together.

“What you have to do is take thousands of pictures of something over the course of a few minutes, and then stack them with software and it makes the image way clearer,” McCarthy writes on his website.

“This is due to the atmosphere, when you’re that zoomed in through miles of atmosphere, it ripples with the currents, destroying your image,” he explains.

” The software analyses the images and looks for areas where the effect is least prominent. After that, it stacks and sharpens the images, creating an image that’s not only good but also better than anything your eyes can see .”

McCarthy’s celestial photos have been popular on the Internet for years. He recreated NASA’s famous “Pillars of Creation” Hubble image of the Eagle Nebula with a $500 telescope.