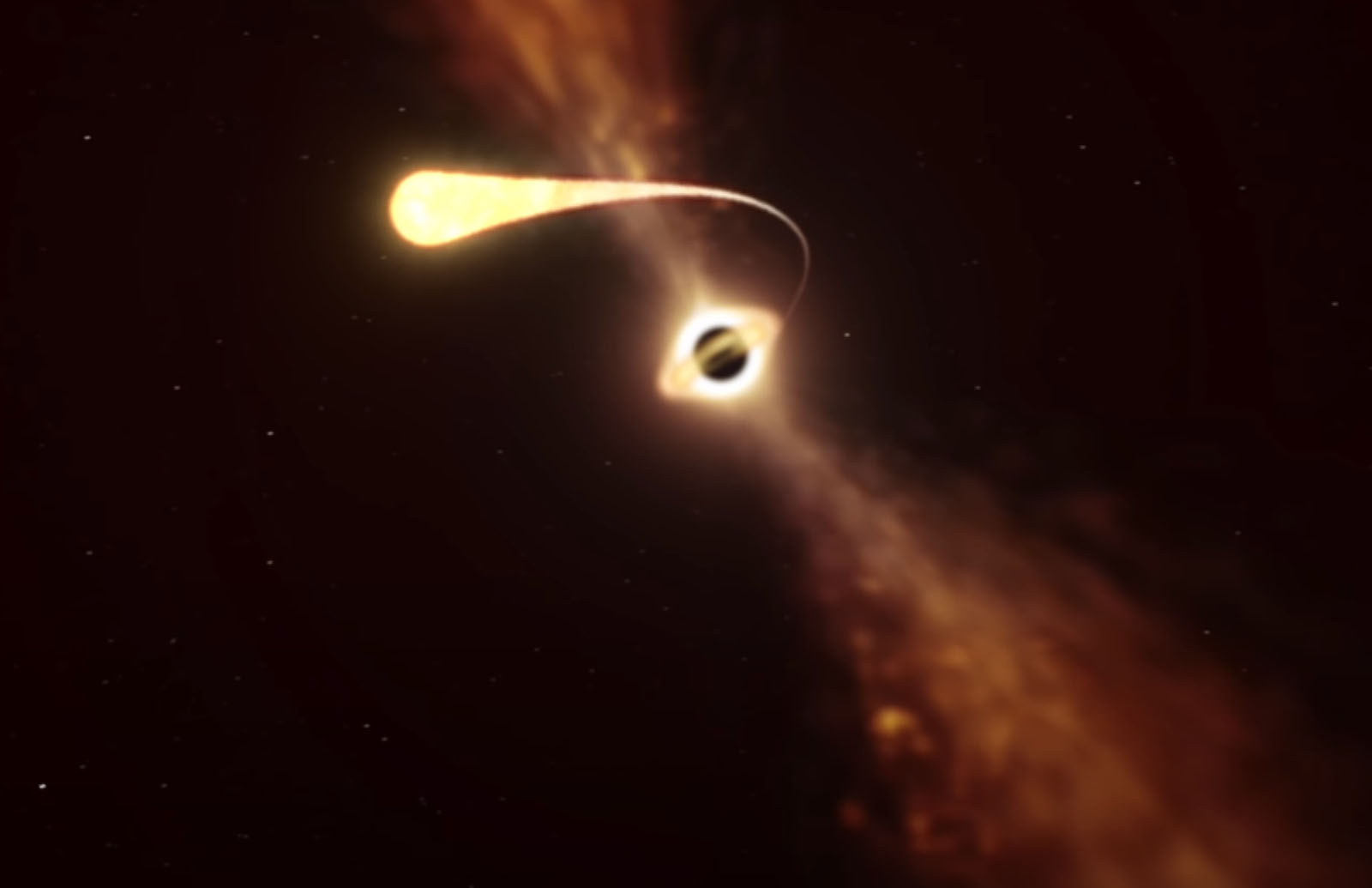 Black holes are one of the biggest mysteries of space. These black holes are also some of the most frightening things in space. The black holes themselves are invisible. That’s because not even light can escape the intense gravity pull that they create. There have been many black holes. But scientists believe they may have now discovered a wandering black hole.

Scientists may have discovered a wandering black hole

The idea that there is something out there slowly eating away at stars is scary enough. Space becomes even more frightening when you consider the possibility of wandering black hole. There is nothing to be concerned about as the black holes aren’t always near us.

Oftentimes, finding black holes is all about looking for the stars that orbit them. Many black holes are like the one at the centre of the Milky Way. Scientists believe that there may be hundreds of thousands of black holes floating through space. So, it makes sense that at least one might be wandering through the cosmos.

Different groups looking into the discovery say that the object is between 1. 6 and 7. 1 solar masses. These are estimates and they can change depending on the location of the object. It could either be a wandering black hole or a neutron star.

Whatever it turns out to be, it is located 5,000 light-years away from the Earth. There is little or no chance that it will be near us soon.

We’ve been studying black holes as much as possible since the first discovery of Cygnus X-1 in 1964. Earlier this year, astronomers managed to capture the first image of our galaxy’s black hole, too. But finding one that wanders around the universe is maybe a little unexpected. And, as I noted above, it could turn out to not be a black hole at all.

But, we will know sooner than expected. That’s because Hubble is set to observe the area where the object is located in the second half of 2022. With more observations, the astronomers are hopeful that we’ll be able to fully discern whether it is a wandering black hole or a neutron star.

The discovery is worth celebrating and noting.

The Astrophysical Journal has accepted a paper with findings from another team looking into the object. It will be published later this year.