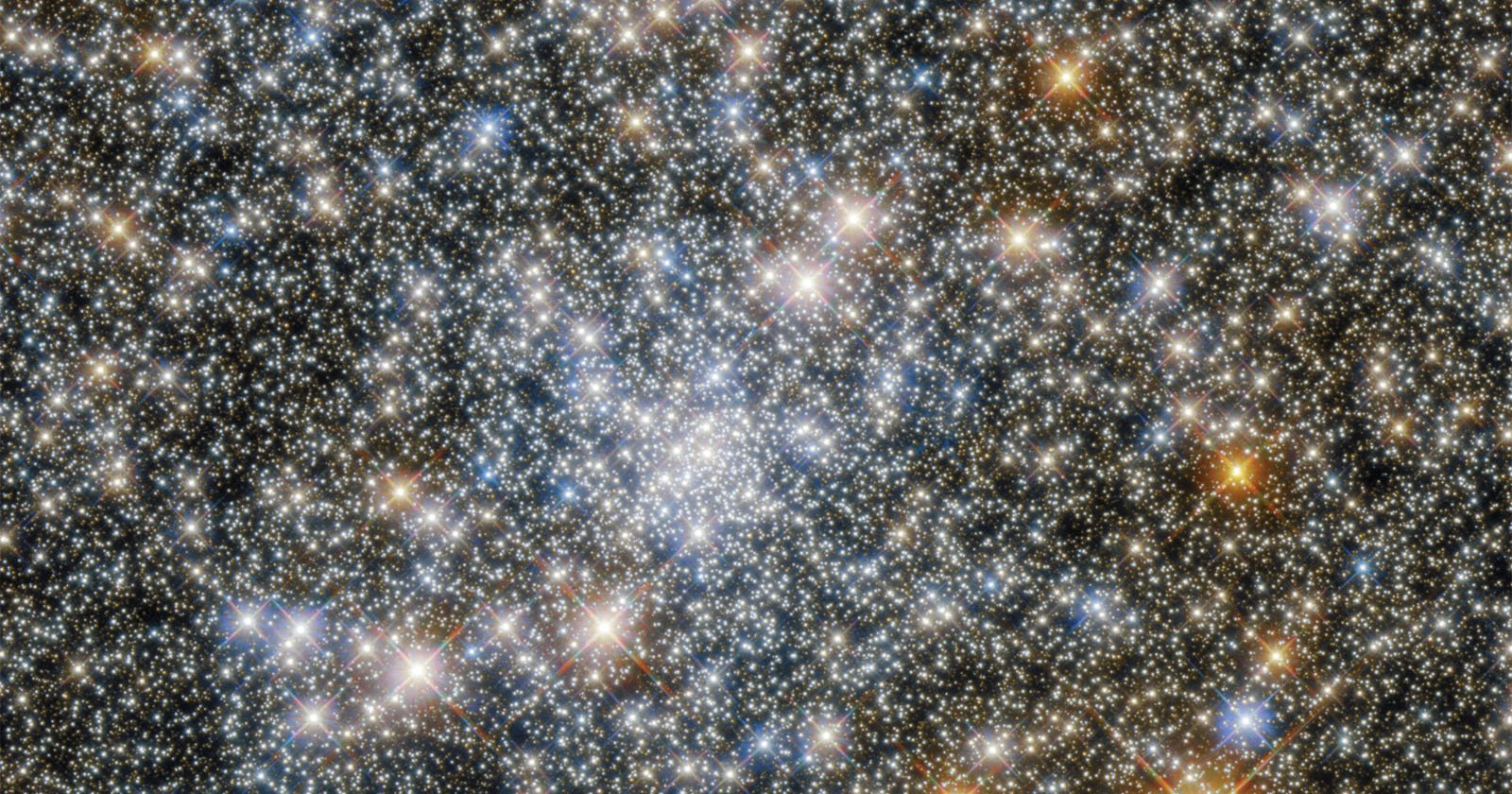 Fans of astrophotography are currently feasting thanks to the James Webb Space Telescope, but Hubble isn’t ready to be forgotten yet. Its latest capture is a gorgeous glittering star cluster in the constellation Sagittarius.

The photo shows what NASA and the European Space Agency (ESA) describe as a globular cluster named NGC 6540, which is a composite image of two photos taken by two of Hubble’s cameras: the Wide Field Camera 3 and the Advanced Camera for Surveys (ACS). NASA explains that these cameras have slightly different fields of view, but together reveal the target globular cluster.

“NGC 6540 is a globular cluster. Globular clusters are stable, tightly bound swarms of stars that can hold tens of thousands to millions of stars, all trapped in a closely-packed group by their mutual gravitational attraction,” NASA explains.

Astronomers used Hubble to investigate this area of space because to help them measure the ages, shapes, and structures of globular clusters toward the center of the Milky Way Galaxy. Scientists wish to study these areas because globular clusters contain insights into the early days of the galaxy’s existence, which means astronomers can learn more about how the Milky Way evolved by examining such clusters like NGC 6540.

The bright stars in this image appear to have a cross-shaped pattern to them that are caused by the support structure of Hubble’s camera system.

“The brightest stars in this image are adorned with prominent cross-shaped patterns of light known as diffraction spikes, a type of imaging artifact caused by the support structure of Hubble’s secondary mirror rather than the stars themselves,” NASA explains.

“As light enters the telescope, its path is slightly disturbed by the telescope’s four secondary mirror supports. The diffraction spikes form when light waves recombine on the other side of these supports. They are only noticeable in very bright objects where light is concentrated in one spot, as in the case of bright stars. Light from objects like galaxies and nebulae is dimmer and more spread out, so we don’t normally see diffraction spikes on images of these objects.”

This is actually the second photo of a globular cluster that Hubble has captured in the last few weeks. At the beginning of the month, the legendary telescope photographed globular cluster Terzan 2 in the constellation Scorpio. That photo was also taken thanks to the ACS.

The ACS is Hubble’s most used camera and has captured well over 125,000 photos since it was added to the telescope in March of 2002. The ACS wavelength range extends from the ultraviolet, through the visible spectrum, and out to the near-infrared.