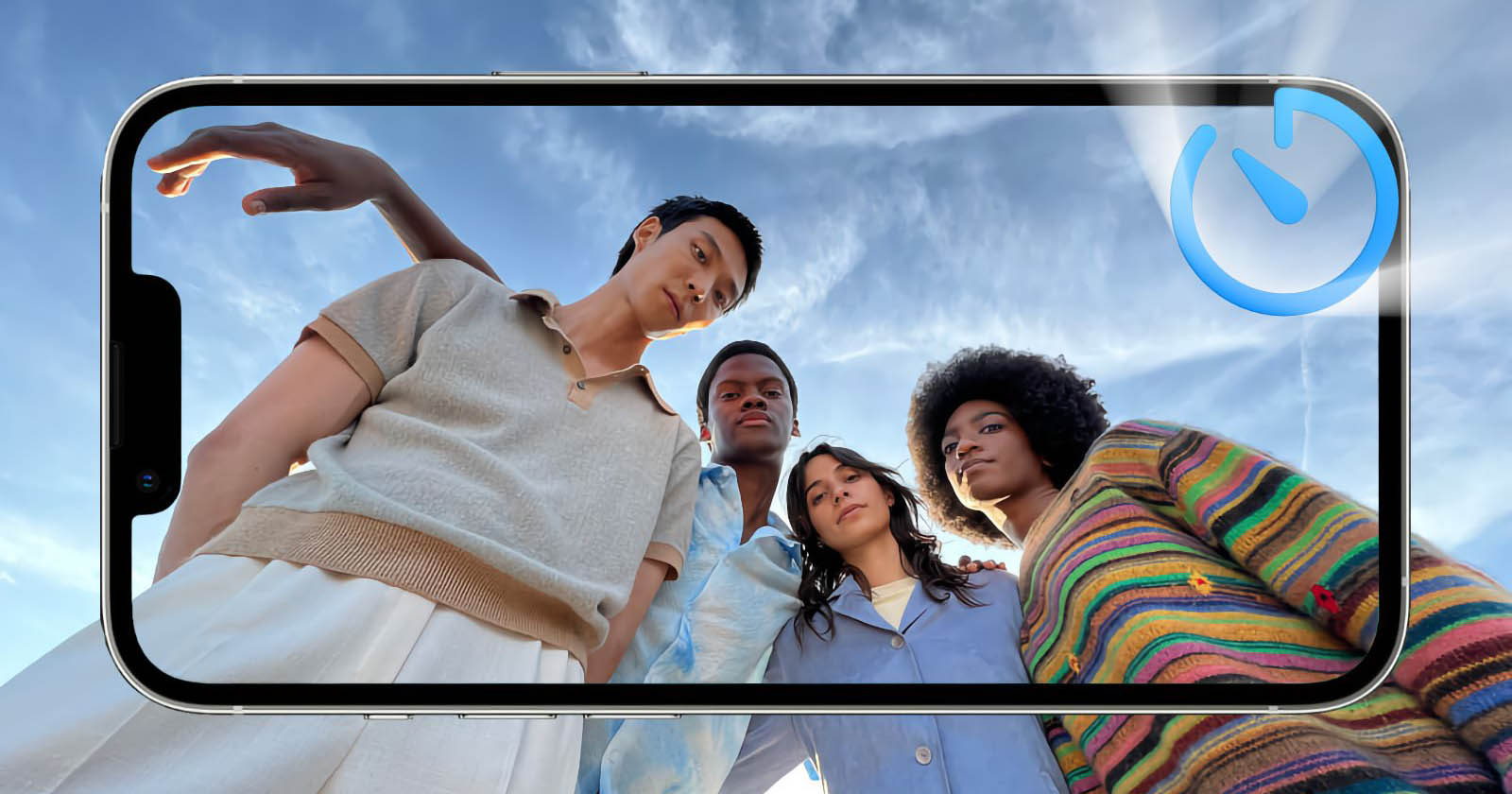 The iPhone has a built-in timer feature that can snap a picture a few seconds after the shutter button is pressed. This can be very helpful when you want to be in the photo and need the full quality and all of the options available when using the rear cameras. Although the front-facing camera can capture good quality photos, it doesn’t have as many light sources. This often leads to photos that are a little flatter or softer.

The built-in timer is somewhat limited but there are other ways to tell the iPhone to delay before taking a photo or recording a video. Remotely triggering a photo/video is possible in many ways. Some don’t require additional hardware. Read on for a thorough exploration of the best ways to activate the shutter without tapping the on-screen button or pressing the volume rocker.

How to Use the iPhone’s Built-In Photo Timer

The iPhone has a built-in photo timer that is simple yet effective enough to serve your needs in most cases. To use it, simply open the camera app and swipe up from the center of the screen (away from the shutter button if in landscape mode) to open camera controls. Alternatively, you can tap the upward arrow that looks like a circumflex (^ symbol) at the top of the iPhone to see the same controls.

The timer control isn’t immediately visible, so you need to drag the control strip to find it. To see all the photo options for the iPhone, tap the button that appears like a clock face. The choice is limited to 3s and 10s, representing 3-second and 10-second delays. When the self-timer is set, it will appear in the upper-right corner of the screen where the statuses of various camera settings are shown.

After choosing your preferred photo delay, you can close the timer control by tapping the clock button again, swiping from the center of the screen toward the shutter button, or tapping the downward arrow (v symbol). Then any other camera settings can be adjusted as you wish.

It’s important that you turn off the timer if your camera is not in use. This behavior cannot be changed in Settings. Even closing the app and reopening, or sleeping the iPhone doesn’t change the camera timer mode. The timer will reset to off if the iPhone is turned off or switched on.

Does the iPhone Camera Timer Work for Video and Portrait Mode?

Apple already had the code written and user-interface elements designed so it would have taken very little effort to give iPhone owners the option for a video timer. The iPhone’s camera doesn’t allow you to begin a video with a delay of a few seconds. It’s hard to find fault with Apple since it’s easy to trim a few seconds off of the beginning of a video after it has been recorded. The iPhone’s self-timer is only available in Photo and Portrait mode.

Use Shortcuts to Make a Timer for iPhone Video

Shortcuts is a great feature that allows you to expand what’s possible on an iPhone without the need to install an app. You can create your own iPhone timer for recording video. To set it up, open the Shortcuts app that comes preinstalled on your iPhone, then add the actions listed below or install the free Video Timer Shortcut that’s been made for you.

The Shortcut can be added to your Home Screen for quick access or run from the Shortcuts app. The Shortcut will prompt you to select how long it would like to wait before the video starts. The main rear camera is used, along with whatever current settings. The flash will then blink one time after the delay. After that, recording starts. It must be switched off manually, which brings up the option to save or retake the video.

Unfortunately, there’s no way to change which rear lens to use. There is an option in the code to use the front camera and it’s easy to tweak a Shortcut to make it suit your needs better. In fact, with enough effort, a more advanced photo and video timer Shortcut could be made to schedule the shutter in advance.

An Automation for Scheduled Photos and Recordings

A long-duration timer can be made using automation and that’s even easier than a shortcut. Check out the super-short iPhone Automation that lets you take a picture every day at sunset.

This is a fun idea but until Apple loosens up restrictions on Automations, it’s little more than a reminder to take a picture. A notification will appear with a Tap to Respond message which opens a simplified camera view ready to snap a picture. The same would be true if you made a Shortcut to schedule a photo or video. To approve the action you will need to touch your iPhone, but you can just open the camera app to take the picture or start the recording.

There’s also a free app called Lens Buddy that has several options for delayed pictures and photo sequences that is worth checking out if you need more than the ten-second maximum that Apple gives you to prepare for a group photo. Lens Buddy’s advanced self-timer can take up to one minute.

Voice Control of the Camera App

Moving beyond timers, the iPhone’s camera can also be triggered by voice, making it as easy as opening the camera and saying “Tap Take a Picture” to snap a photo or “Tap Record Video” to start a recording. You will need to set up the Settings app. Search for ‘Voice Control,’ then set Overlay to Item Names and switch on Voice Control. The Camera app will label controls with the spoken names that will be recognized

This affects every app and even iOS controls, so you might want to switch it back off when it isn’t needed. In the Settings app, under Accessibility Shortcut, you can set Voice Control to toggle on and off with a triple-click of the iPhone’s side button.

Of course, an external Bluetooth remote can be used to trigger the iPhone’s shutter as well. It’s quite common for these to be bundled with low-cost selfie sticks. The Bluetooth shutter release must be paired to the iPhone before use and sometimes can be finicky. If you aren’t interested in this option, then it may not be worth all the effort. If you already have one, it’s easy to test out and see if you like it. It’s the same process as any Bluetooth device. Open the Settings app, tap the Bluetooth tab and pair it. When the remote button is pressed, the camera app will take or begin a picture. This option might be handy for large, group shots in noisy environments.

What About Time-Lapse Videos?

Technically, the iPhone can take delayed videos in the form of time-lapse videos. In this case, a picture is taken every few seconds, slowing over time as the iPhone builds a collection of photos that are assembled into a video that compresses time and speeds up the action.

Apple’s Time-Lapse mode has virtually no controls and automatically decides how long to delay between pictures. The end result usually turns out pretty well but never exceeds 40 seconds in length and is a bit choppy. There are several third-party apps that allow creating the sort of dreamy, motion-blurred time-lapses seen in movies.

The iPhone includes a self-timer option that works in both Photo and Portrait mode but has a maximum delay of just ten seconds. Thankfully, there are some easy solutions available for free, or inexpensively, that open up many more possibilities and provide much greater control. There’s no reason to rush to make it into a photo any longer. The iPhone can be adjusted and accessorized to meet your need.