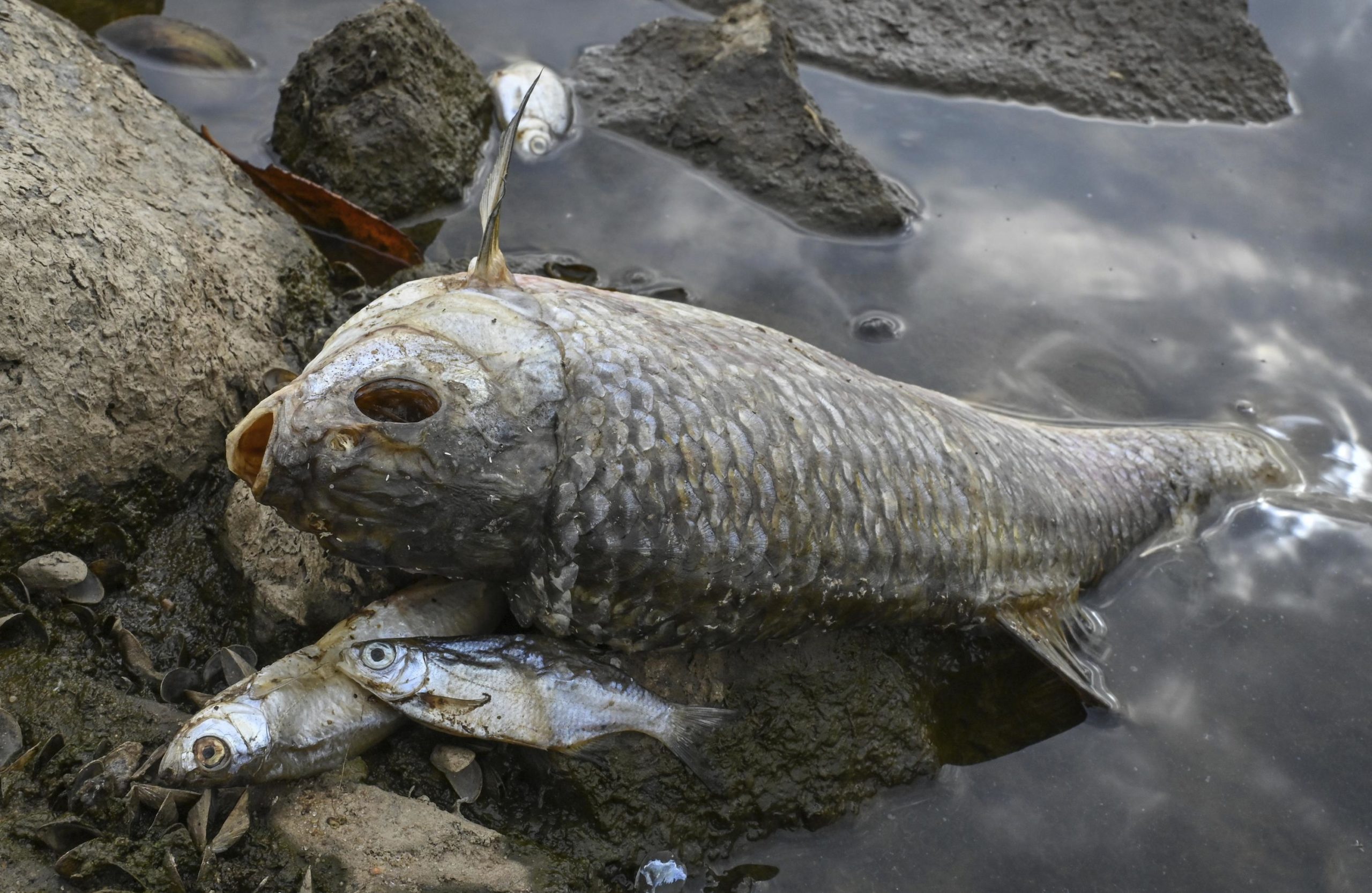 WARSAW, Poland — Laboratory tests following a mass die-off of fish in the Oder River detected high levels of salinity but no mercury poisoning its waters, Poland’s environment minister said Saturday as the mystery continued as to what killed tons of fish in Central Europe.

Anna Moskwa, the minister of climate and environment, said analyses of river samples taken in both Poland and Germany revealed elevated salt levels. Comprehensive toxicology studies are still underway in Poland, she said.

She said Poland’s state veterinary authority tested seven species of the dead fish and ruled out mercury as the cause of the die-off but was still waiting for results of other substances. Her test results in Germany also showed no mercury levels.

The Oder River flows from Czechia across the border to Germany and Poland before it connects with the Baltic Sea. Some German media suggested the river might have been poisoned by mercury.

Polish Prime Minister Mateusz Morawiecki said Friday that “huge amounts of chemical waste” were probably dumped intentionally into his country’s second-longest river, causing environmental damage so severe it would take years for the waterway to recover. On Saturday, Morawiecki pledged to take all measures to reduce environmental destruction. Poland’s interior minister said a reward of 1 million zlotys ($220,000) would be paid to anyone who helps track down those responsible for polluting the river.

Authorities in the northeastern German state of Mecklenburg-Western Pomerania warned people not to fish or use water from the Szczecin lagoon, as the river’s contaminated water was expected to reach the estuary area on Saturday evening.

“The extent of the fish die-off is shocking. “This is a serious blow to the Oder, a waterway with great ecological value. It will not recover for long,” stated Alex Vogel, environment minister in Brandenburg, Germany, where the river flows.

The head of Polish waters, Poland’s national water management authority, said Thursday that 10 tons of dead fish had been removed from the river. Hundreds of volunteers were working to help collect dead fish along the German side.

German laboratories said they detected “atypical” levels of “salts” that could be linked to the die-off but wouldn’t fully explain them on their own.

Morawiecki acknowledged that some Polish officials were “sluggish” in reacting after huge numbers of dead fish were seen floating and washing ashore, and said two of them were dismissed.

” “For me however, it is important to address this ecological catastrophe as quickly as possible because nature is part of our shared heritage,” Morawiecki stated.

Annekathrin Hoppe (Swedt Mayor), echoed his comments. Her German village is right next to Lower Oder Valley National Park. The river’s contamination was a “climate-related environmental disaster of unimaginable scale.”

Follow all AP stories related to the environment at https://apnews.com/hub/climate-and-environment.