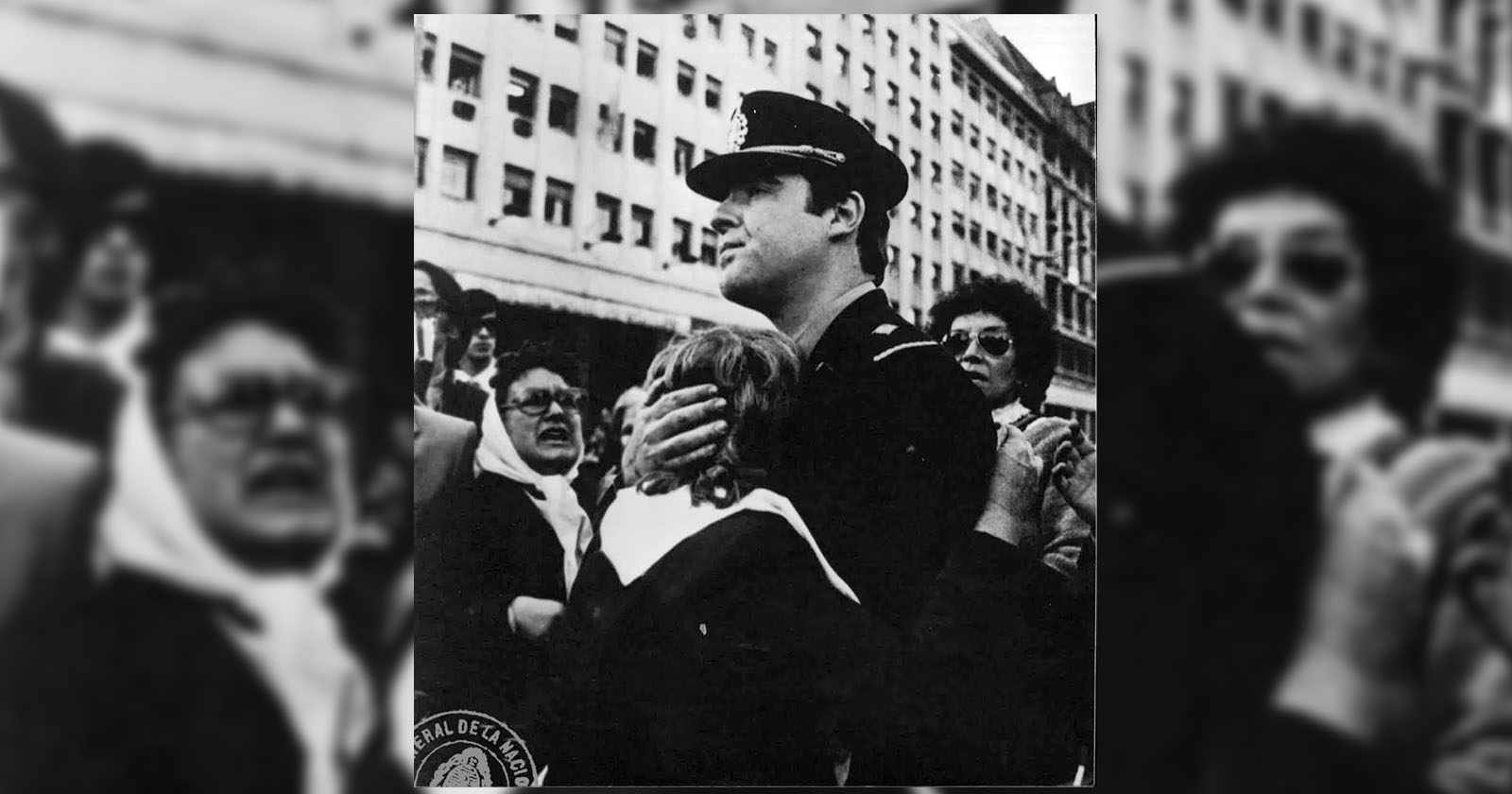 A photo of a police officer “embracing” a distraught mother was manipulated by a military dictatorship to whitewash their own image.

Photos taken at one time in the past can create a false narrative and alter what actually is happening. And this is what happened at a protest in Argentina on October 5, 1982.

During the military junta period in Argentina (1976 to 1983) right-wing death squads hunted down anyone believed to be associated with socialism. In response to the disappearances, the Mothers of the Plaza de Mayo protest group was formed and demanded the reappearance of their children.

During one demonstration, a photo of Police Commissioner Carlos Enrique Gallone appeared to show him comforting Susa de Leguia. In reality, Leguia was punching Gallone in the chest because he was stopping the group from entering the Plaza, and to stop her attack he held her head for a very brief moment which was caught on a photographer’s lens.

The photo was then beamed around the world with the caption: “A police officer, in charge of repressing the mothers — who have been demanding answers about their disappeared loved ones for years — comforts one of the 10,000 people who participated in the March for Life.”

Argentina’s military junta used a false narrative in a bid to make the authorities seem kindly. However, the truth was caught on another photographer’s camera.

Photographer Jorge Sanchez was present at the Mothers of the Plaza de Mayo rally and his camera captured what really happened between the aggrieved other and the police commissioner.

According to El Pais, Sanchez was working for Telam, an Argentine national news agency which was controlled by the dictatorship, and says that a “lie went around the world.”

He captured images of anguished mothers being jostled and dragged away by police officers as they attempted to enter Plaza de Mayo in Buenos Aires. He returned with negatives to Telam and was informed that he could not publish the images.

Instead, Telam released an image taken by another news agency photographer that shows the “embrace” with the headline: “Demonstration takes place without incident,” making the false claim that there had been no unrest and no arrests. 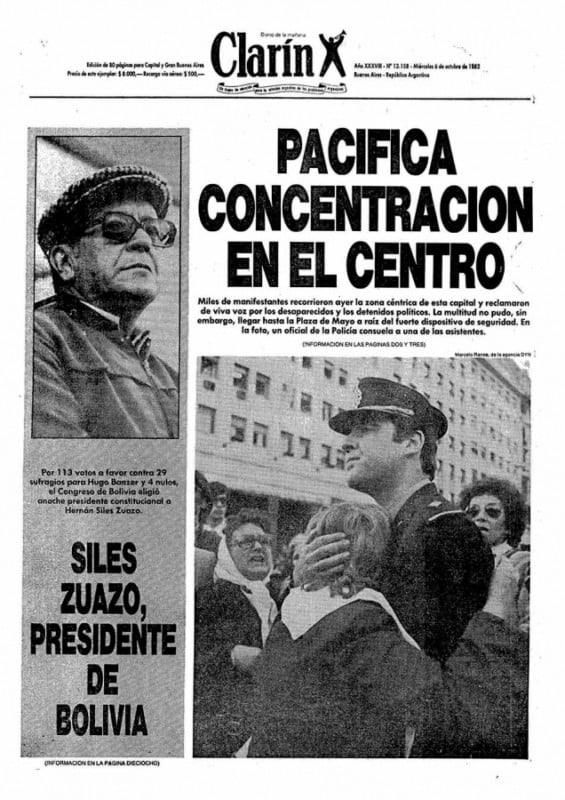 The powerful photograph was published in media around the world and the following year it won the King of Spain Prize. In 2008, Commissioner Gallone even used the award-winning photograph to support his defense case when he was put on trial for the Fatima massacre. However, Gallone was sentenced to life for the extrajudicial execution of 30 detainees by the Buenos Aries police.

“It was a fraction of a second during which Susana de Leguia and Commissioner Gallone confronted each other. She punches him in the chest and, to stop her hysteria, the guy held her in place for half a second at most. It was a very short interaction,” he said before his death in 2021.

Discovery of the Original Film

The Telam news agency still exists and recently discovered Sanchez’s original film in an envelope while combing through its archive. It read “March to the Plaza de Mayo, June 15, 1982.”

“But when we opened the envelope, we found a single strip with six frames. I recognized one of them: it was the photo of Gallone and Susana de Leguia,” says photographer Analia Garelli, coordinator of the archive.

Garelli explains that, in a bid to save the photos from being destroyed, someone had filed them under a different date. This act ultimately saved the photos, but it took 40 years for them to become public.