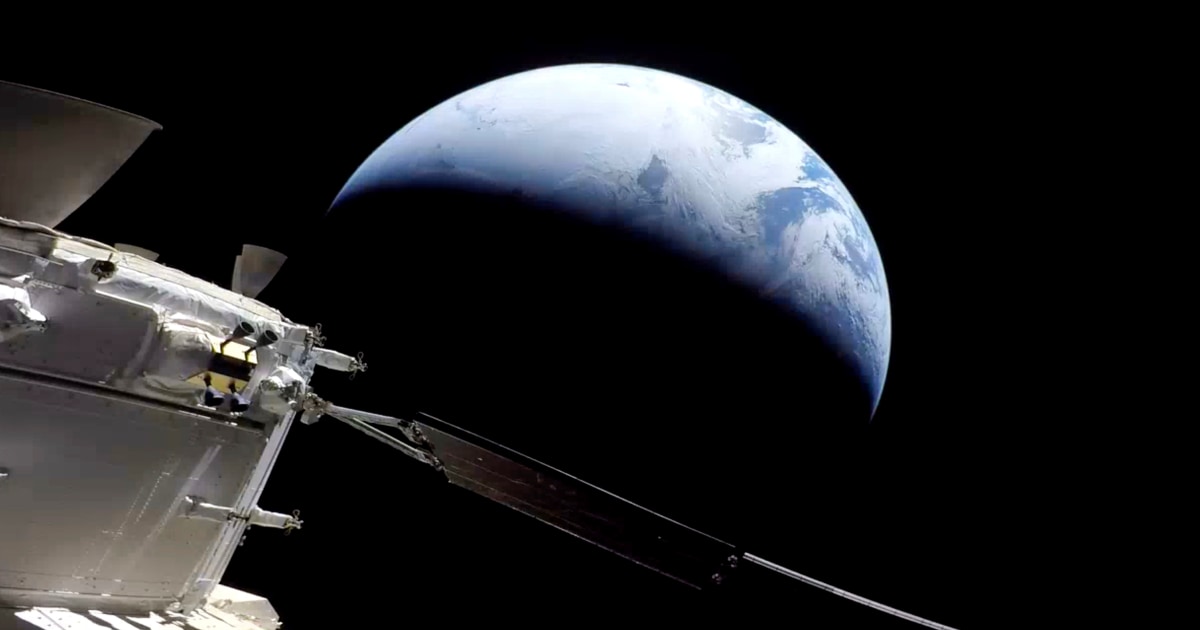 After a 26-day mission that took it on a historic journey around the moon, NASA’s next-generation Orion capsule has returned to Earth.

The uncrewed spacecraft had a “picture perfect splashdown” Sunday in the Pacific Ocean off San Diego at 12:40 p.m. E.T., according to officials. The capsule’s return marked the end of NASA’s Artemis I test flight — the crucial first launch and expedition of the agency’s new megarocket and space capsule for missions to the moon.

NASA Administrator Bill Nelson said Sunday was a “defining day” that “marks new technology, a whole new breed of astronaut” and “a vision for the future.”

“This is an extraordinary day,” Nelson said. “It’s historic because we are now going back into space, into deep space, with a new generation.”

Fifty years ago to the day, astronauts on the final mission of NASA’s Apollo program, Apollo 17, became the last humans to walk on the moon.

“A new day has dawned, and Artemis generation is taking us there,” Nelson said.

Throughout its weekslong mission, the Orion capsule beamed back stunning photos and videos of the lunar surface, along with dramatic “selfies” showing the spacecraft and the moon with Earth visible in the background.

As it swung around the moon, the capsule also flew over several Apollo landing sites, including those where the Apollo 12 and Apollo 14 astronauts touched down.

NASA has touted the Artemis I test flight as laying the foundation for returning U.S. astronauts to the moon. It’s also a key first step for space exploration to Mars.

Artemis I is designed for testing the Orion capsule, and the Space Launch System rocket which launches it to orbit. The 322-foot-tall booster is more powerful than the retired Saturn V rockets that NASA used to send astronauts to the moon more than 50 years ago during its iconic Apollo program.

No humans were on board for the Artemis I mission, but future test flights — including an Artemis II expedition tentatively scheduled for sometime in 2024 — will have astronaut passengers.

This time, a set of mannequins equipped with various sensors rode in the Orion capsule to gather data about radiation exposure and other conditions of deep space travel.

The Artemis I flight also provided NASA with an important opportunity to test Orion’s heat shield, which is designed to protect the spacecraft and its passengers from scorching conditions as it re-enters Earth’s atmosphere.

Orion traveled through the atmosphere at a blistering 25,000 mph, exposing the heat shield to temperatures up to 5,000 degrees Fahrenheit, agency officials said. The Artemis I mission also completed the first flight of both the SLS rockets and Orion capsules. It traveled further than any spacecraft intended to transport astronauts, thanks to its wide orbit around Earth. The new distance record was set Nov. 28 when the Orion craft was about 270,000 miles away from Earth. The title of farthest-reaching crewed flight had been held by the Apollo 13 mission, which reached nearly 250,000 miles from Earth in 1970.

The Artemis I mission launched into orbit on Nov. 16 from NASA’s Kennedy Space Center in Cape Canaveral, Florida. The roughly $4. 1 billion mission had been delayed several times to address a faulty sensor and hydrogen fuel leaks and because of two hurricanes that hit Florida — Ian in late September and Nicole in early November.

NASA plans two more Artemis test flights before it launches regular missions to the moon to establish a lunar base camp. Artemis II will send four astronauts aboard the Orion spacecraft to the moon on an exploration. NASA has yet to announce launch dates and who will be joining the crews on Artemis III.